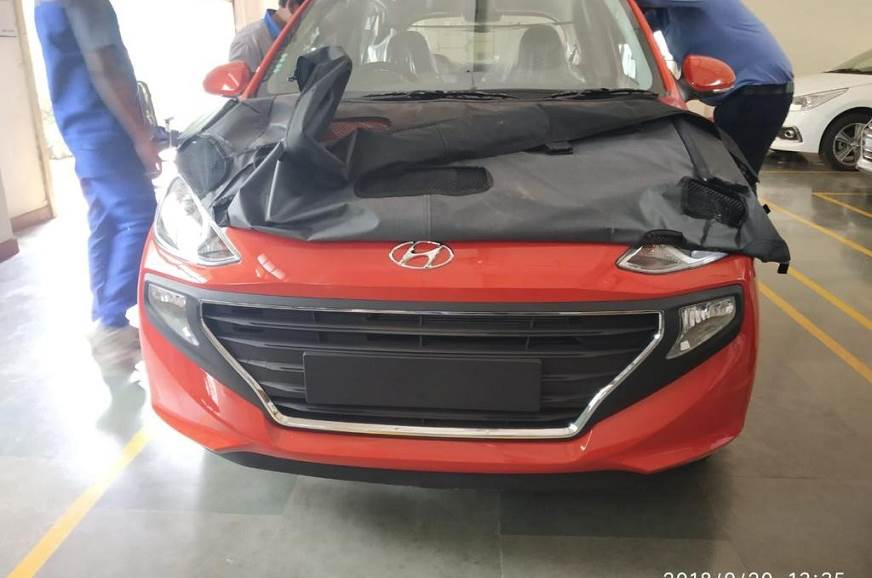 Upcoming Hyundai Santro Spied Partially at a dealership. The car has the potential to be a complete package and offer a lot to its prospective customers

The most awaited hatchback in the Indian automotive market is now the New Santro. And it will be launched in this festive season on the 23rd of October 2018. Just like other models from Hyundai’s stable even the upcoming Santro will be rich in features and this will help it compete against its rivals. Today, it has been captured in the dark orange shade and it has the potential to be a car that does it all. 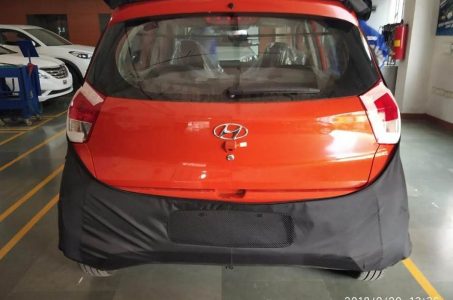 In addition to a plush cabin, that can be seen in the picture, the highlight on this hatchback will be the 7.0-inch touchscreen infotainment unit. This will only be available on the higher trim levels but it also expected to be compatible with Android Auto and Apple CarPlay. If we look into the Santro’s competitors, the Celerio does not get a touchscreen infotainment unit at the moment. For utmost comfort, the Santro will feature rear AC vents which will be a first in segment feature.

The safety kit will consist of front dual airbags, ABS and rear parking sensors which will be standard across all its variants. The top variants will get an additional parking camera which also be a first in segment feature. If we compare it against the Tiago, only the top trim levels get parking sensors whereas the Celerio doesn’t get it. 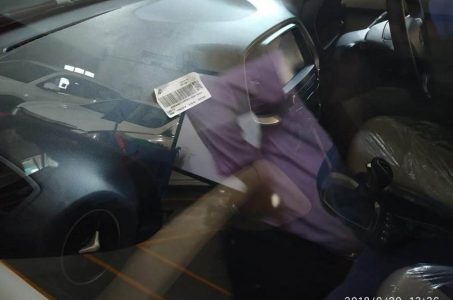 Once launched, Hyundai will offer the Santro with an Automated Manual Transmission (AMT). This will be the first product to roll out from Hyundai’s stable which will come equipped with AMT. powering the Santro will be an updated 1.1-litre Epsilon petrol mill that will be coupled with a five-speed manual gearbox or optional five-speed AMT. 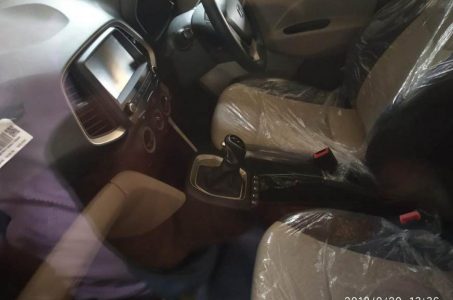 It is expected that Hyundai will also introduce a CNG powered variant for the Santro, this will let it compete with the Celerio CNG. While the Tiago doesn’t get a CNG kitted model but it does get a diesel motor. Hyundai will most likely offer the Santro with the slightly higher price tag in comparison with its rivals. Going by the looks of it in a shade which looks fantastic, Santro could change the fortune of the Korean car manufacturer in India