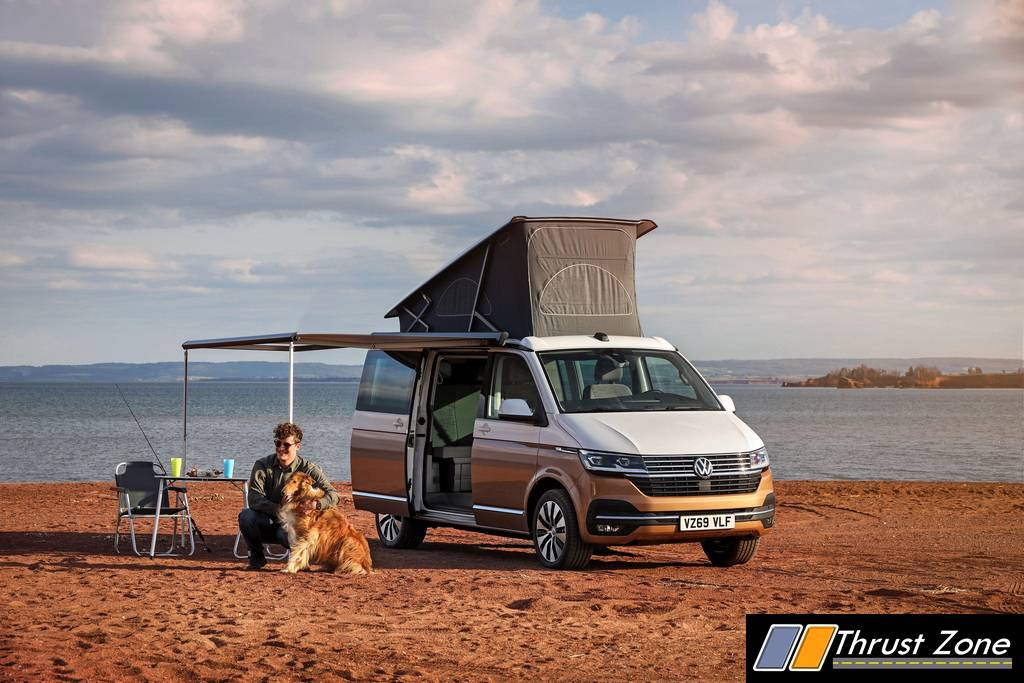 Who knew!?! First it was SUV’s then it was MPV’s and now Vans are taking the Indian market by storm. We saw the Mercedes V-Class do that then came the Kia Carnival and know, the most conservative brand of the lot, Toyota, has also bought in the Vellfire. However, when Nissan tried a smaller version, everyone rejected it. Van’s with premium appeal seem to be doing well with Indian audience. It is not just son or daughter who wants to be hip in the family and get a Bettle or a hot Polo GTi. Daddy wants to be cool too. MPV Van’s are ideal for today’s road trip requirement, they are focused on ease of driving these days too so they are comfortable and monocoque chassis equipped as well. Space for extended families means everyone go to Sunday lunch in just one car. 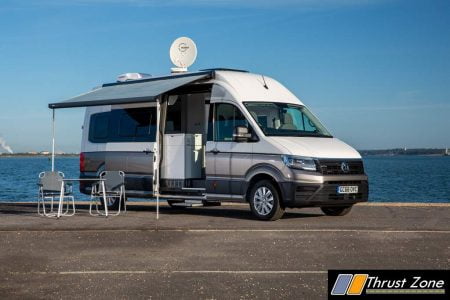 California Van in the UK is made entirely for families to be bought for. Could Skoda Auto Volkswagen India Private Ltd bring to India. It doesn’t way to over the top like the V-class so it can priced well too. If it can undercut the Vellfire, it can create wonders for Volkswagen. Premium approach towards the market has already begun for the company, if it can get this with any fuel, because VW makes the best petrol and diesel engines over its rivals anyday, it can find homes easily. God bless 2500 import car rule! 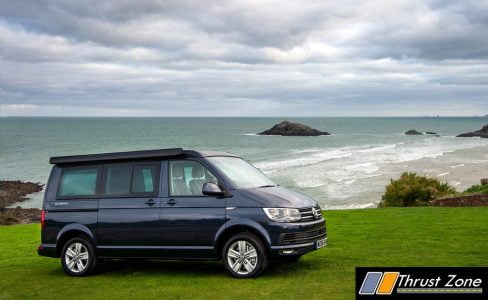 Continuing a camper van tradition which spans more than 60 years, the Volkswagen California remains the only vehicle in its class to be designed, engineered and built in-house. Since its launch in 2004, the California has become the benchmark vehicle in the camper van sector with more than 110,000 sold to date.

The California is available in two trim levels – Beach and Ocean – and with a choice of two engines with outputs of 150 PS and 199 PS (Beach 150 PS only). Both are EU6 compliant and feature BlueMotion Technology modifications. A 4MOTION four-wheel drive version is also offered in conjunction with the range-topping 199 PS TDI powerplant. 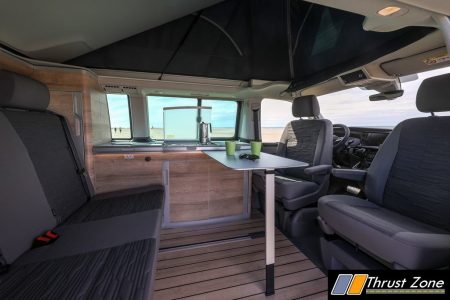 Entry to the California range starts with the Beach model which offers up to seven seats and sleeping space for four. The bench-seat easily folds to convert to a two-berth bed across the width of the vehicle, while a manual pop-up roof gives access to a further double bed. A fold-out table and chairs are cleverly stored in the sliding door and tailgate, while an optional integrated awning makes for a comfortable and practical camping experience. The Beach is available with a 2.0 TDI 150 PS engine that drives through a seven-speed DSG transmission as standard. 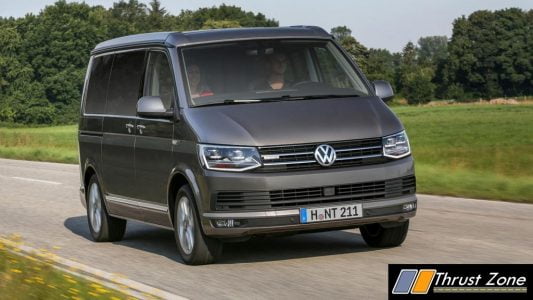 With the California Ocean, customers can choose from two diesel engines with either 150 or 199 PS, with both fitted with a seven-speed DSG gearbox as standard. 4MOTION four-wheel drive is available with the 199 PS unit and means that the ultimate ‘home from home’ can venture even further afield. The Ocean also adds an electro-hydraulic pop-up roof with LED lighting, plus a kitchenette with a two ring gas cooker, a fridge and sink. 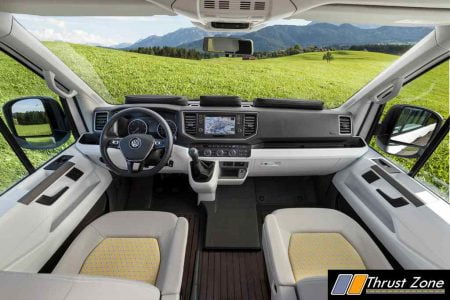 The latest generation California adds a host of safety, comfort and convenience features. These include a Driver Alert System, Brake Assist and an Automatic Post-Collision Braking System, as well as innovations such as Adaptive Cruise Control, Front Assist and City Emergency Braking for safer and more relaxed cruising. In the cabin the California gains a new ‘premium’ dashboard (optional on Beach) with wide centre console and car-like feel, plus the latest infotainment system, DAB digital radio, Bluetooth and new multi-function display. A new cupholder as well as new fabrics, leathers and plastics enhance the ambience inside.

Amitabh Bachchan Gets Gifted A Ford Perfect – Gets Emotional