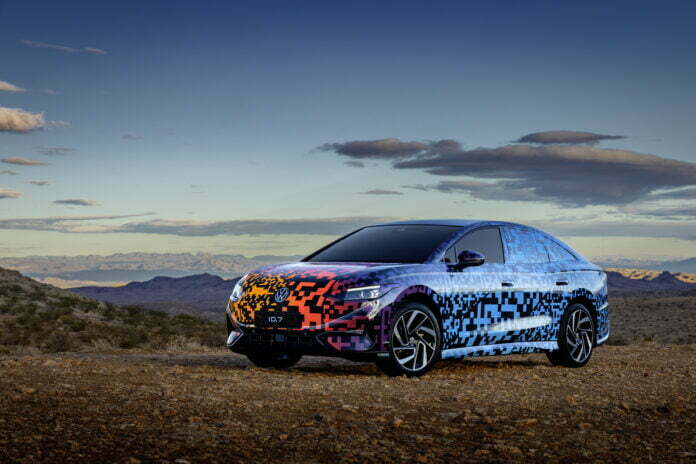 At the CES (Consumer Electronics Show) in Las Vegas between 5 and 8 January 2023, Volkswagen Group of America showcased its first fully electric sedan based on the modular electric drive matrix (MEB). It was clad in smart camouflage, which uses unique technology and multi-layered paintwork to create light effects on parts of the vehicle. This is an interactive feature and symbolizes the next step in the digitalization of the future flagship model of the ID. family. The ID. AERO concept vehicle initially presented in China already provided a preview of the new model, which embodies an aerodynamic design concept and is able to achieve ranges of up to 700 kilometers (WLTP). After a six-year break, Volkswagen Group of America is returning to the CES – the world’s largest trade show for electronics – with this very special product, the Volkswagen ID7.

Another big highlight is the new air conditioning systems are an integral part of modern cars and ensure pleasant temperatures in all seasons. Volkswagen goes one step further in the new ID.7 and for the first time uses an air conditioning system that performs faster cooling or heating of the vehicle interior before the start of a journey. Among other things, this is made possible by electronically controlled air vents that distribute the air throughout the vehicle interior as soon as the driver approaches with the key. The new, smart automated air conditioning system also reacts to voice commands and takes into account the position of the sun as well as individual user preferences. The result is an increase in comfort with which the new electric saloon will set standards in its class. 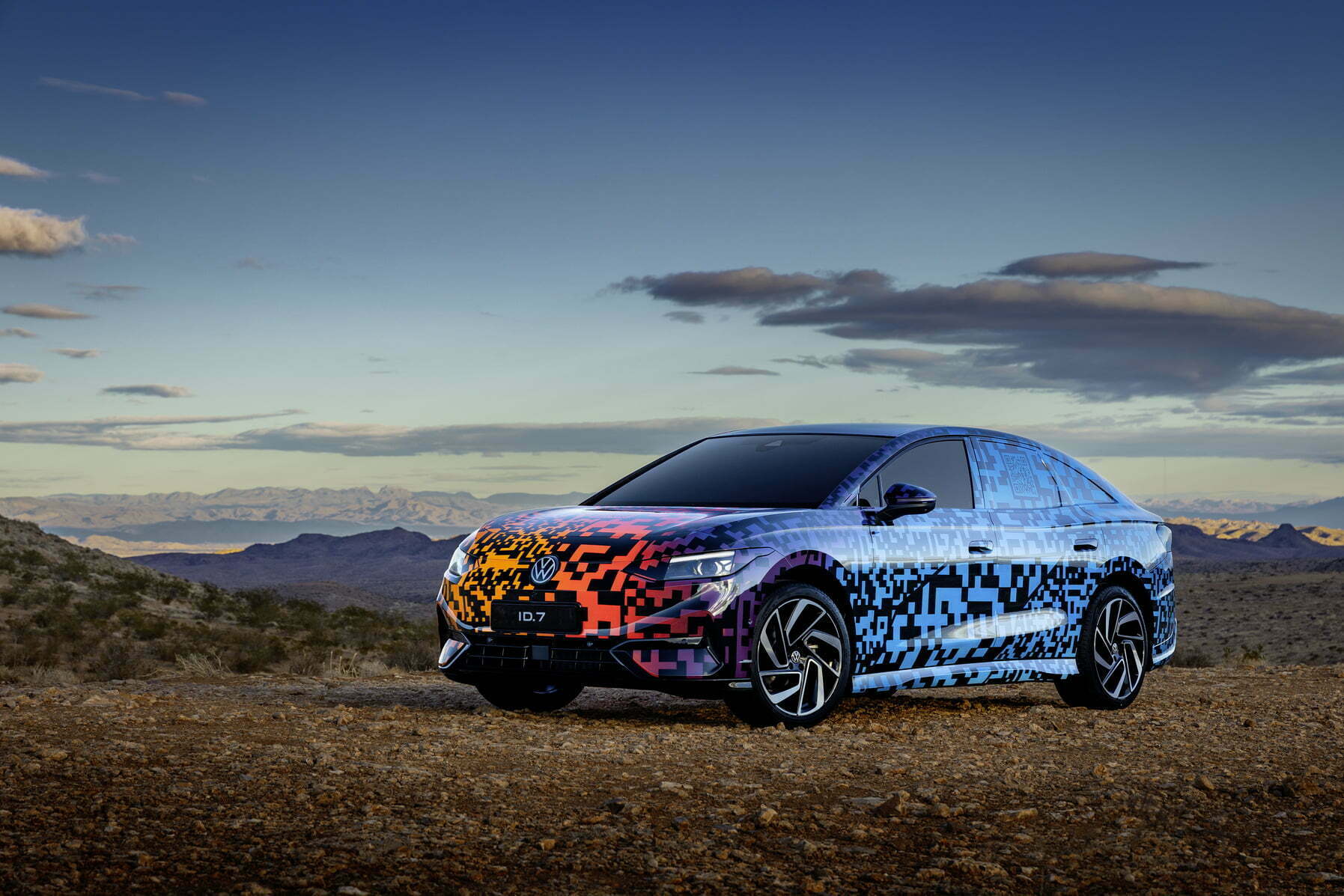 With a camouflaged concept vehicle, Volkswagen provided a first glimpse of the new ID.7 at the world’s largest consumer electronics show, the CES in Las Vegas. Kai Grünitz, Member of the Brand Board of Management responsible for Development: “With the ID.7, we are underlining our goal to offer intelligent technologies and customer-oriented innovations in the high-volume premium mid-size segment.”

The Volkswagen ID7 can activate the air conditioning before passengers get into the vehicleThe vehicle interior is cooled on hot days and heated when it is cold. If the door is opened in conditions with high outside temperatures, smart air vents in the cockpit distribute the air quickly over a large area by means of dynamic horizontal movements. When the passengers are seated in the car, the air flow can beredirected straight at the body or used for indirect ventilation of the interior space, according to the preference. The ID.7 is the first Volkswagen model with such an intelligent control system.

The climate control function is located on the uppermost operating level of the new 38-centimetre (15-inch) infotainment display of the ID.7. This means that it is always visible and can be activated by simple tapof a finger. Using the clear air conditioning context menu, all smart air vents can be digitally controlled at the outlets. The strength and direction of air movements can be adjusted intuitively and saved individually. The temperature can be controlled by means of backlit touch sliders.

Volkswagen ID.7
Warm your hands by voice command – very easy in the ID.7: The steering wheel heating is activated automatically, in addition, air flows specifically to the hands on the steering wheel.
Camouflaged near-production concept vehicle – The vehicle will not be available for sale.
Digitally controlled air conditioning system reacts to voice commands

The digitally controlled air conditioning system can be activated by voice control. Special wishes are stored as “Smart Climates”. For example, a program is selected that activates the steering wheel heating if the command “Hello Volkswagen, my hands are cold” is spoken. This will initiate warm air directed at the hands on the steering wheel for around five minutes.

Air conditioning according to personal preferences

The individual user preferences are saved as “Personalisations” in the ID.7. This includes the settings made for the automatic air conditioning system. This is especially practical if the vehicle will be used by multiple drivers..

First VW model with detection of the sun’s position

When the automatic function is activated, the smart system reacts to its climatic surroundings. For example, a sensor in the area of the windscreen detects the incident angle of the sunlight in conditions with high outside temperatures and high solar intensity. If the sun is shining strongly onto one side of the vehicle, the ID.7 adapts the air conditioning to an even greater extent for the warmer zones: first towards the respective area of the vehicle interior, and then in a second step specifically towards the vehicle occupants.

Following the ID.3, ID.4, ID.5 and ID.62 (only in China) and the ID. Buzz3, the ID.7 will be the sixth model of the all-electric ID. family. After the ID.4, it will be the second global vehicle from Volkswagen based on the modular electric drive matrix (MEB). The world premiere of the ID.7 is scheduled for the second quarter of 2023. The market launch of the electric saloon in China and Europe is planned for this year. North America will follow in 2024. Where ranges are stated, the values for consumption and CO₂ emissions depend on the selected vehicle equipment.