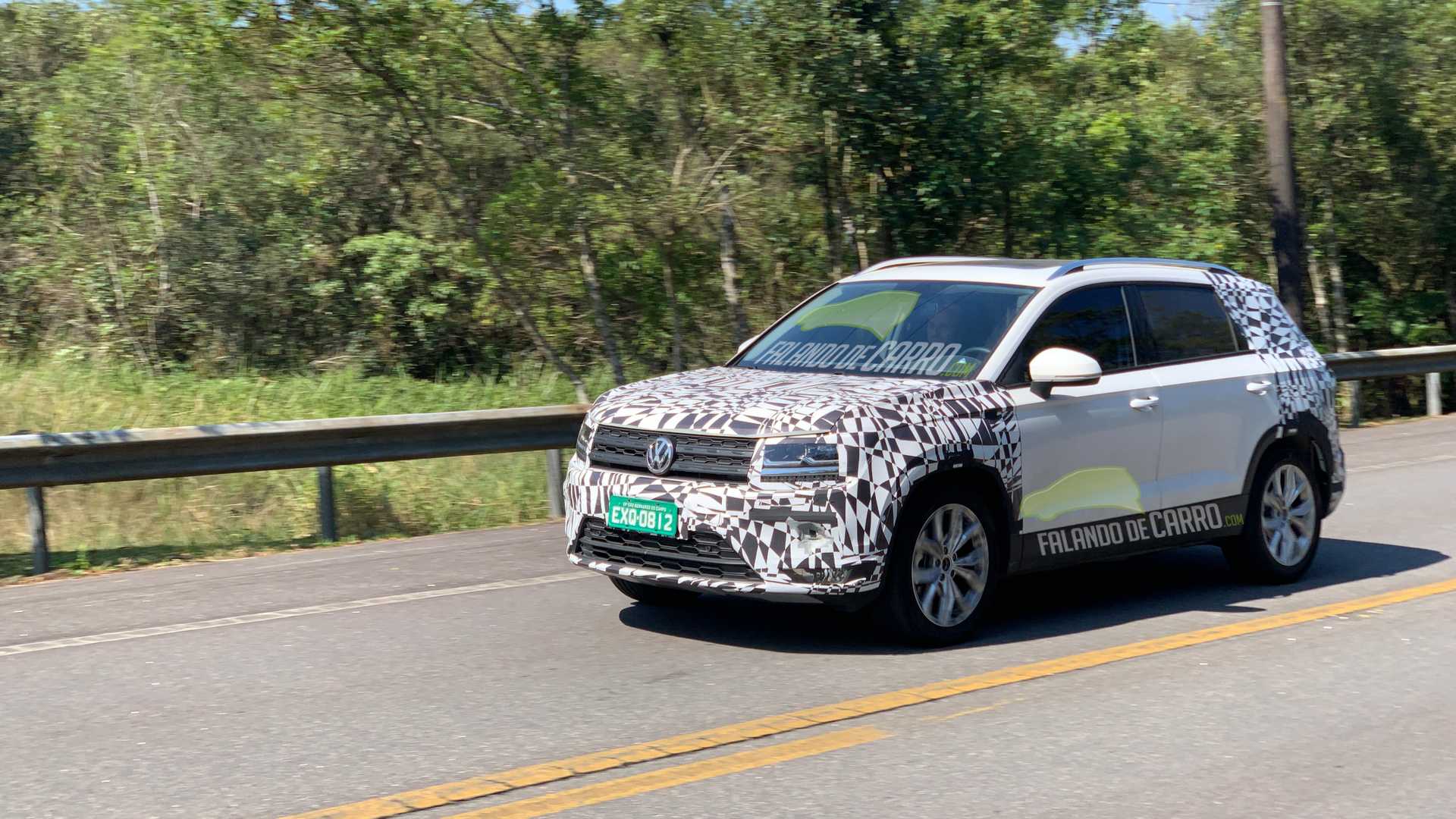 Volkswagen is gearing up with the development of their next upcoming crossover that is named as the Tarek. When launched the Tarek will be positioned between the Tiguan. New spy shots of this crossover has been floating around the internet which have been clicked on the road of Sao Paulo. According to the spy images, this test mule spotted is the South American market model. In the South American regions, this crossover will go on sale in the year 2020, whereas from in 2021 the Tarek will go on sale in North America.

The test mule was spotted with camouflage on the front and the rear. The centre of the test mule was let exposed. In terms of aesthetics and design, the crossover has been offered with upright stance but it also gets a combination of a chiseled look that makes the crossover look muscular and it also looks like the beefed-up version of the T-Cross.

As of now, Volkswagen retails the Tarek in the Chinese market under the name Tharu. The overall design is very much similar except for some of the differences in the trim level. In terms of measurements, the Tarek is 4.45 meters long and it has a wheelbase of 2.68 metres and it also gets cargo space of 410 litres. 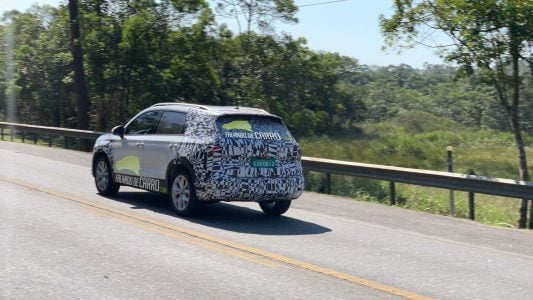 Under the hood of the Volkswagen Tarek will be a 1.4 TSI engine that produces 148 horsepower and 250Nm of twist. This engine will be coupled with a six-speed automatic gearbox that will power the front wheels of this crossover. Volkswagen will also be bringing in an All Wheel Drive version sometime later.

When launched the Tarek will be placed in between the T-Cross and the Tiguan in VW’s crossover line up. The Tarek will be directly locking its horns with the Jeep Compass. As of now, there isn’t confirmation or word about this crossover making its way to the Indian shores.