World Suzuki Hayabusa Day Announced For India, Will Be Celebrated Every Year 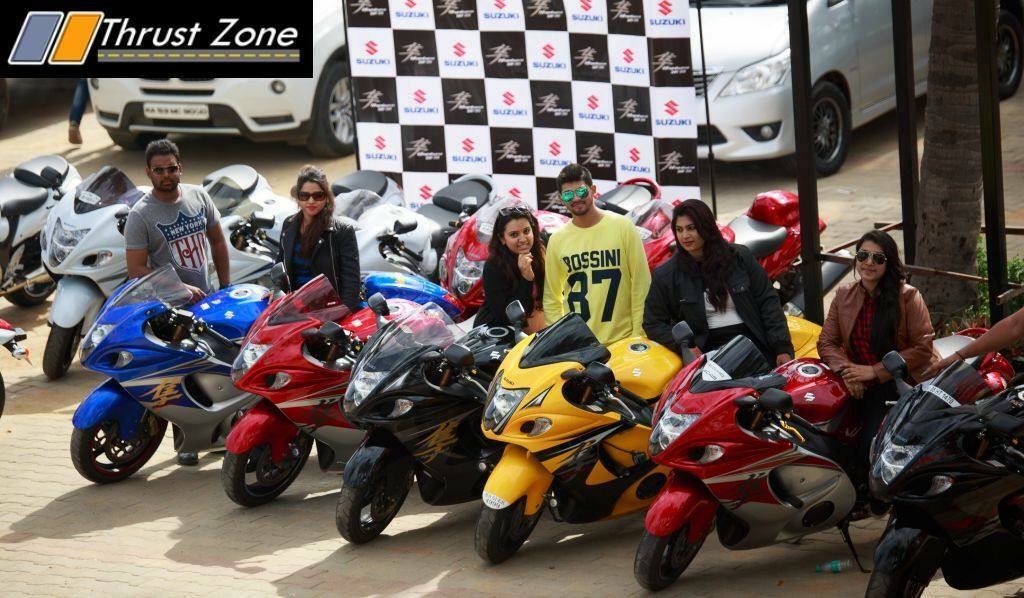 The Hayabusa has a cult following in the country as it synonym with Bollywood movies, speed and of course the iconic looks and the performance along with the tagline that it had of the worlds fastest motorcycle. Hayabusa is named after the Peregrine Falcon, one of the fastest birds. The Suzuki Hayabusa is one of the most famous for Hayabusa Day and it is observed in Japan on 23rd August ever year. Suzuki GSX1300R owners coming together to celebrate the legendary bike that it is. The ride promotes safety along with the sub-brand that Suzuki has created with this motorcycle when it was launched.

Suzuki Motorcycles is now bullish on the Indian market as it is getting a good response for any product it launches. This promoted the Japanese manufacturer to bring this Japanese tradition to India for the first time for Hayabusa enthusiasts and owners. In 8 cities such as Delhi, Pune, Bangalore, Kolkata, Ahmedabad, Mumbai, Bhubaneswar and Hyderabad the ride commenced. Through the ‘Hayabusa Day’ Suzuki increase brand awareness and promote riding culture in India, which is a rapidly growing spree.

Suzuki says they intend to make this an annual tradition to promote the Big Bike Culture. This ‘festival’ will help increase cult following of the Hayabusa among Indian riders. Hayabusa continues to be a name which is household as well. Suzuki India made sure it goes even ahead of that as it now brings CKD kits of the motorcycles and assembles it in the country.

All of this makes it value for money and way cheaper than its competition the Kawasaki ZX-14R by a huge margin. This is a rare moment where the brand gets famous and then gets even more accessible at the same time. Hayabusa Day should help Suzuki to promote their other big bikes they have which are even more accessible in terms of performance and affordability.