Yamaha YZF-R15M In The Works For India, Launch Soon 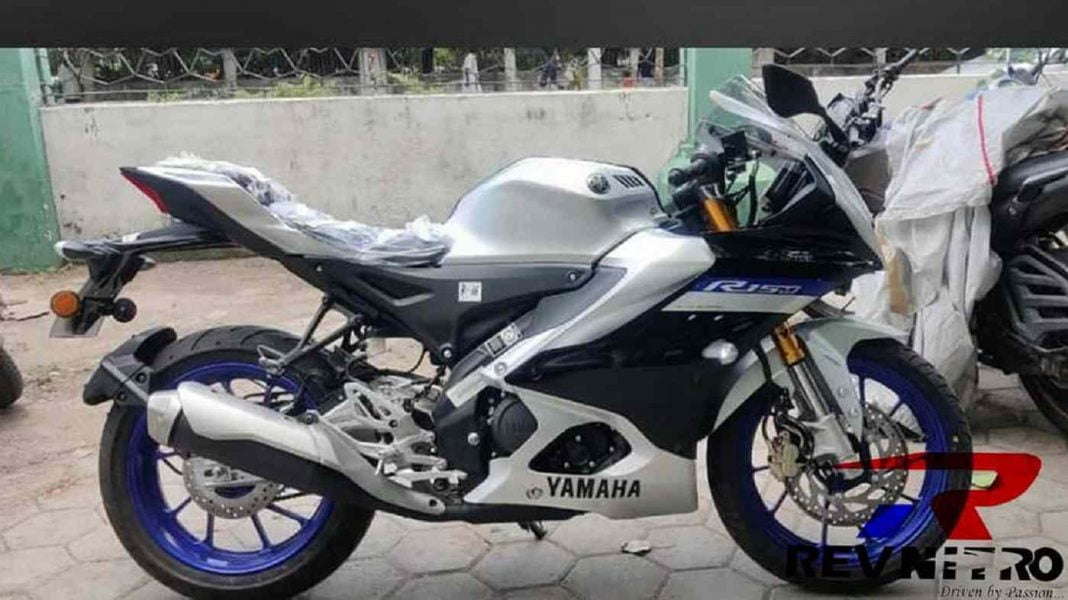 Yamaha Motor India is gearing up for some action this festive and will soon go beyond the MotoGP editions it has been bringing this year. The company is cooking the new YZF-R15M bringing a new design, paint schemes and more to the motorcycle. The interesting bit, of course, is the addition of that M at the end of the name that will bring the model a step closer to the litre-class R1M in appearance. As the leaked images suggest, the Yamaha YZF-R15M is ready to be launched and is likely to arrive either in September or sometime in October this year.

The new Yamaha YZF-R15M will get a revised front face with the central projector headlamp flanked by LED daytime running lights. The turn indicators do not appear to be LED units. The bike also gets a tall windscreen, revised fairing design and new body panels. The tail section seems to have been carried over from the R15 V3.0. The big update is the inclusion of USD front forks replacing the telescopic units seen on the current R15. Now, this is a big change once you consider that the Thai-spec model already got USDs, which were swapped for telescopic front forks in India for cost reasons. The rear continues to be a monoshock unit. 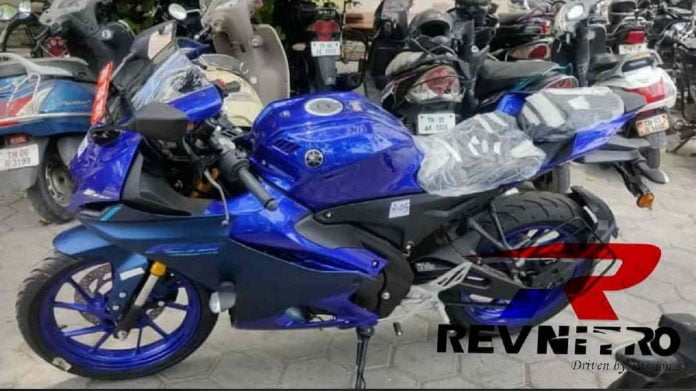 The leaked images also show a vintage grey body colour with blue alloy wheels. There will also be a Yamaha Racing Blue shade on the R15M. Interestingly, power has seen a drop on the new R15M over the standard R15 V3.0. As per leaked homologation documents, we know the R15M makes 18.1BHP instead of 18.3BHP on the latter The 155cc VVA engine continues to power the bike. It’s not clear what led to the drop in performance, even if it’s marginal.

The new Yamaha YZF-R15M is likely to command a premium of Rs. 10,000-15,000 over the standard version. That retails 1.57 lakh (ex-showroom, Delhi). The bike will continue to get a 6-speed gearbox, slipper and assist clutch, dual-channel ABS and more. The digital instrument console could also be updated to offer Bluetooth connectivity.