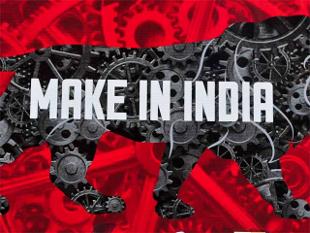 Let’s face it, this year from Mid 2016 to most likely late 2017, the sentiment in manufacturing, sales, and finances have been at low for Auto Manufacturers In India

It is not hard to evaluate and analyze if you are sitting on an office chair and observing what the automotive world is going through is literal chaos. There has been damage done and there is damage that is going to be done soon. The business sentiment in the country was at all time high when the government announced some schemes that were renamed from the past to pump money into the economy as fast as possible in this rapid way of life that not just first world countries are living but everyone in every metro city around the globe is living in.

The case was strong when state and central governments together have created a mess where a lot of damage has been done. If tomorrow you hear stock market analyst say that ‘you did not deliver dear company, this quarter’ manufacturer have the right to shut them down with tends of various hurdles that have come all along till this very date.

We give you four reasons why the Auto Manufacturers In India were hit so hard and is set to be hit in the future that doing business or even breathing normally has become a tedious task for manufacturing companies despite how much man power and great minds they have, their time has been spent coming out of situations rather than doing something new to get the stock market brokers, investors and other people in their circle happy.

Demonetization Called with several names in every type of market, the cash strap that hit every single house hold in the country and homes across the borders of this country made people and companies realize ‘What just happened’ nobody can deny the shock that went through every organization in this country and even in some bigger parts of the world. Why? because they had investment here, in India.

Auto sector as always thrives the most when it rains and suffers the most too when anything goes wrong. Plans are cancelled to buy so called ‘luxury items’ (That is the sentiment in this country). However, later in time when there was a deadline announced, the money did start arriving to the auto sector as cash could buy Activa’s, Splendors, and Platina’s of the world. However, the real damage is happening even today.

Rural markets aren’t out of the demonetization even today by full 100% and sales continue to suffer. Good times were recently announced as rains are set to relive, specifically, the rural markets. However, that is the present. What happened post demonetization is yet another naive decision by the bureaucracy.

Diesel Ban Delhi Government decided to shut down sales of diesel engines above the 2.0 litre mark one fine night. (2.1 litre Mercedes, and 2.2 Tata and Mahindra were hit the hardest) were shut down for no good reasons. The six-cylinder diesel motors with 3.0 litre capacity and 2.5 litre were hit badly too. The 2.0 litre engines continue to be on sale because they were 1996/7/8/9cc units.

Logic, some people cannot seem to apply them in a appropriate manner. Toyota went haywire almost everyday with press releases coming out. Other manufacturer coming out of the situation one way or the other and some guys decided to keep it quite. Another reason which made no sense but disrupted large scale manufacturer and almost brought them to their knees. Mahindra and Toyota reported 1-2% loss in profit and sales from the NCR region. 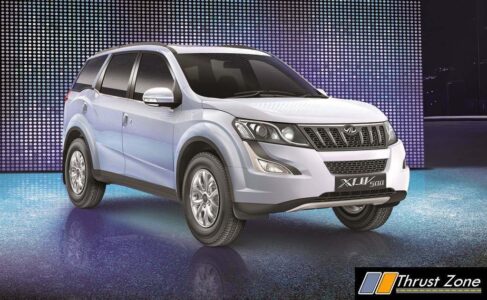 BSIII Discontinuation
All though the manufacturer were warned way before that this is set to happen on the 1’st April 2017, there are some manufacturer who took it lenient manner and did not finish old stock and in some case, some manufacturer did not even bother creating BSIV vehicles till the year 2017 began in January. However, the authority bodies made sure that the midnight schedule of discontinuation and registration of this vehicle happened. Manufacturer just got a petty three days to get rid of everything no matter what.

Be it over 40% discounts or getting them back so they could export it to other countries (Most of it went to Africa). While both parties are at risk, this can be termed as a natural calamity for all personal included in this scenario despite planning it almost three years in advance.

GST Implementation 2017 is the year of discounts. BSIII stocks saw discounts and now completely fit and fine bikes, scooters and four wheelers are giving the same amount of cash back, discounts and off on vehicles to get rid of stock. Why? Finance ministry wants to make sure new goods are sold and post 1’st July manufactured goods will be sold with GST taxes.

While this may not sound logical, there is something illogical done in the business already. Hybrid cars are taxed much more higher than normal cars. 43% over the 12% that normal cars have. Electric cars continue will continue to get incentives but that is set to happen later this year and signs do not look good. As things set to improve in the short term, there is a billion dollar investment needed for the next big thing to happen.

Yes, BSVI is next on the mind. Europeans were told to reach Euro 3 to Euro Six in 9 years. In India, manufacturers are given three years with a mild announcement for the same happened in 2014, something that wasn’t full proof for manufacturers to understand and it was called as ‘uncertain’ policy because rumors said that government wanted to BSVI directly and skip BSV. As we know, this is concrete news now.

It doesn’t end there. Indian government now wants pure electric vehicles and doesn’t want hybrid vehicles in the market due to manufacturers making out large profits from it with just providing mild hybrid solutions and gain tax benefits. 2030/2040 or even 2050 will see a big change in the markets worldwide and in India.

While the manufacturer were given time around the world, Indian markets, despite global manufacturers in the country, cannot keep up with the unique chaos on the roads of India and alike situation in bureaucracy’s office. Let’s face it, this all leads to nothing but rapid deployment of uncertain technologies and plans and the main culprit of this system will remain thanks to this chaos and its called bribery.