2017 Aprilia Tuono 125 is a Nasty Little kid on the Block Set To Make Riding Fun! 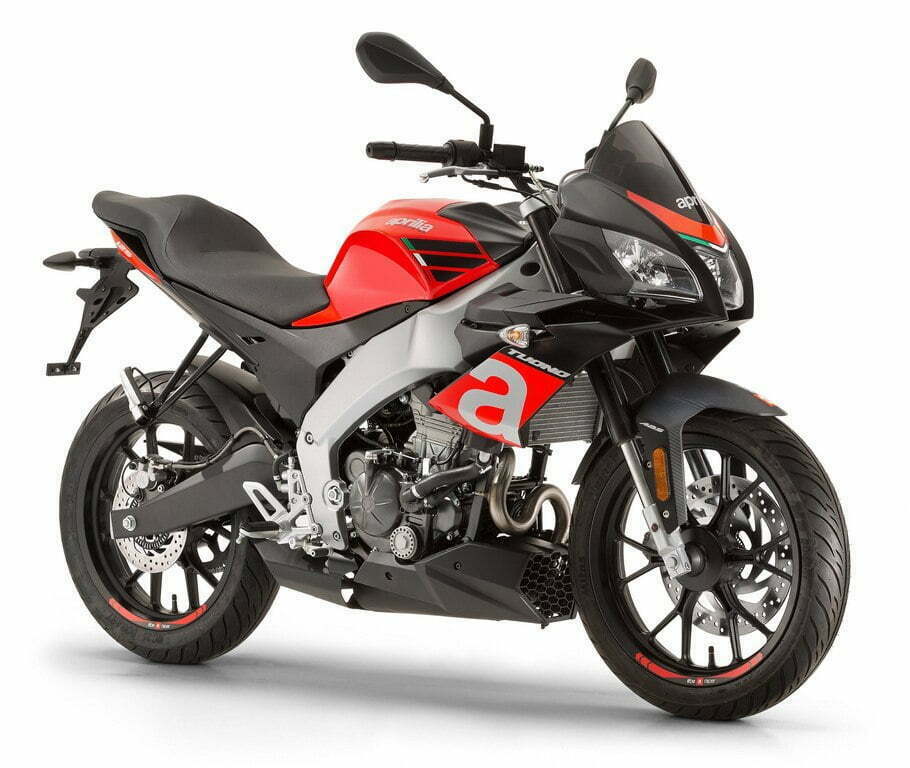 It was about time Italy gave in to the rapidly growing market of beginner motorcycles. With Ducati, its closest rival, both geographically and business wise already having the Scrambler Sixty2 in the beginner market, it would have been tough for Aprilia to let this market be without their own offering. The result is this stunning baby monster from Noale based brand, the 2017 Aprilia Tuono 125. This new entrant in the market is the smallest Tuono model now and expands the range of Aprilia nakeds.

As you can see in the pictures, this tiny 2017 Aprilia Tuono 125 is hugely inspired by its elder sibling, the 175hp Tuono V4 1100. The Tuono 125 looks catchy and aggressive, just like the bigger badder Aprilia naked. The Tuono 125 is the naked street version of the 125cc four-cylinder four-stroke four-valve DOHC engine powered, Aprilia RS4 125.

It might be small, but have no doubts, Aprilia has given the 2017 Aprilia Tuono 125 some interesting components. The bike gets premium non-adjustable upside down forks at the front while the rear gets a monoshock. The stopping power comes from a four-pot radial caliper and 300mm disc upfront. While, the rear brake assembly is a single piston caliper with a 200mm disc. The rear brake is a J.Juan supplied unit. Further similarities with the RS4 125 continue with the shared frame and a Euro IV compliant engine. The engine, which has now been upgraded to Euro IV norms also gets a balancer for a smoother ride.

No pricing as such has been declared yet for this 2017 Aprilia Tuono 125. However, we reckon it will be at par with its rivals like the KTM Duke 125 in the segment. This could also mean that Aprilia might just be planning to have smaller Tuono models for global markets as well in near future. We reckon if there could be Aprilia twins like the Duke 200 and the Duke 390 for markets like India, then the Piaggio Group might just have a masterstroke waiting to happen. As always stay with us as we bring more updates on the same.