Honda isn’t giving up on its SUV dreams. A dream which is shared by every manufacturer in the world right now. While, Honda has the same MPV and SUV worldwide, they succeed somewhere and some places they don’t. Mobilio despite a well packaged vehicle on the inside was partly let down due to styling and high pricing. Other bits could be ignored and hence the initial sales were high but in the end, the sales are down to drastic levels and needs some serious attention from the Japanese brand. This is where a barrage facelifts that are set to come from the manufacturer to make sure it gets back at the competition and take some share. Mobilio facelift aims to be the same. Let’s see at the details in hand.

The sheet metal is going to stay same. The headlights and tail-lamps will get different treatment in the way they look and illuminate. LED DRL and projectors are expected. The MPV profile will continue but it will be offered with new colors to add more bling to the package. 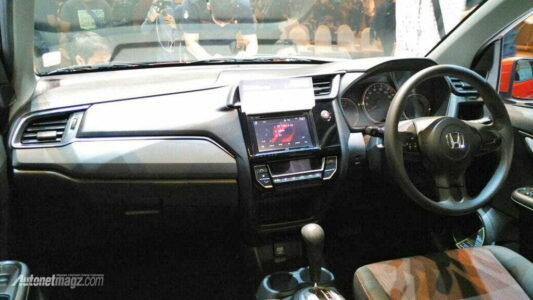 Dashboard will be changed and it has been. It is like the new City and Amaze that have recently gotten the same treatment. The new layout has a touch screen unit and other features includes climate control, electric ORVM, steering mounted controls, height adjustable seats and belt, rear wiper and wash much more will be on offer. There is a new 6.8 inch touch screen on offer.

India launch should happen in late 2017. Indonesia launch will happen in the next couple of days in January. Prices will be mildly increased and will start from Rs. 7.5 lakhs for base petrol and Rs.9 lakhs for base diesel. 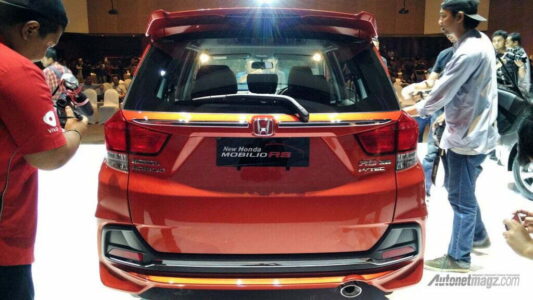 Engines will stay the same as before. 1.5 petrol and 1.5 diesel units will be on offer. The diesel motor makes 100 PS and 200 Nm of torque. The petrol makes 117 PS of power and 145 Nm of torque. Mileage numbers will be segment best. Petrol will deliver 15 km/l and diesel will deliver 25 km/l.

ABS and dual airbags will be standard on the MPV. The car can get six airbags on the top-end variant this time.