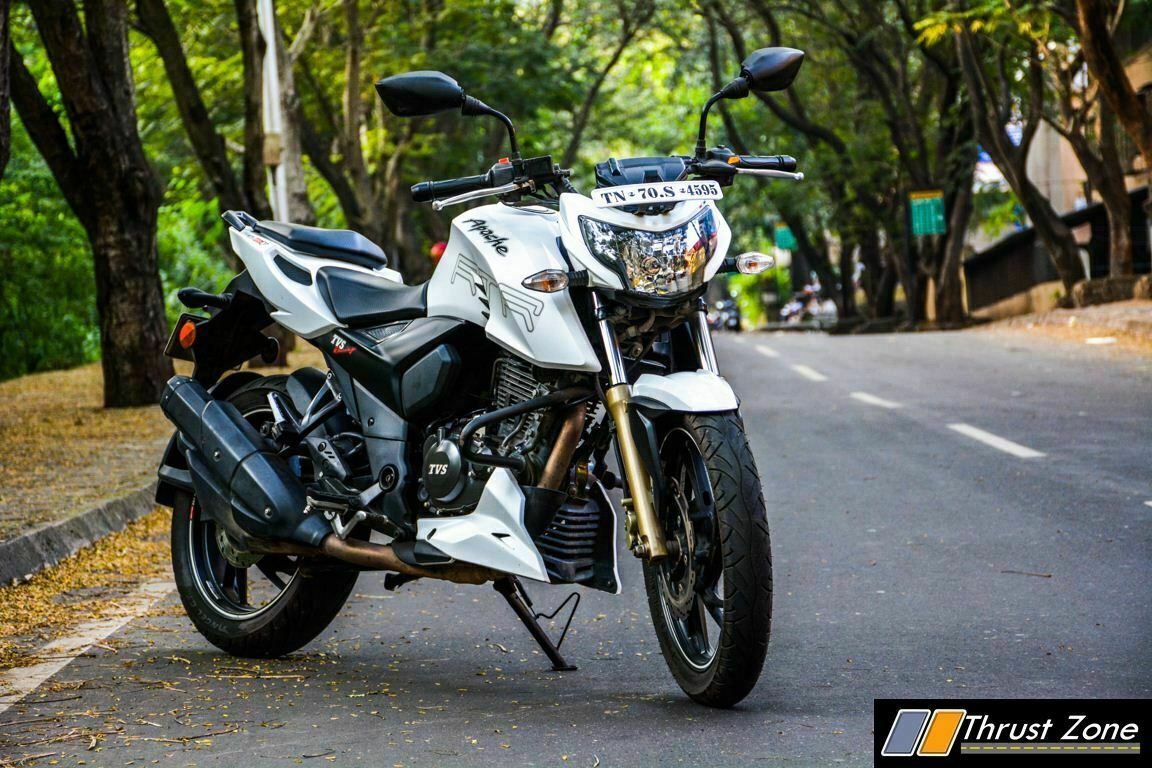 2017 IMOTY Winner Is The TVS Apache RTR 2004V as it impresses the jury with its practicality, performance and every area required to be a winner

Joining the 2017 ICOTY winner Maruti Vitara Brezza is this year’s IMOTY winner, the TVS Apache RTR 200 4V. The IMOTY winner was declared at the same event that declared the ICOTY winner and was a spectacular event that saw some enchanting performance by legendary rocker Gary Lawyer accompanied by glitzy ambience. Dr. Raghupati Singhania, Chairman & Managing Director, JK Tyre & Industries Limited had a splendid evening as he had the dual honour of awarding the winner trophy to Maruti in the ICOTY category and to TVS Motor Company for the IMOTY 2017. The Certificate for the winner signed by the whole team of the 2017 IMOTY jury was presented to TVS by none other than Aspi Bhathena, Chairman, IMOTY and Editor, Bike India.

The final war for the crown was then left to be fought between five contenders – the Kawasaki Versys 650 ABS, TVS Apache RTR 200 4V, Royal Enfield Himalayan, Honda Navi, and TVS Victor. However, it was the Hosur based motorcycle makers flagship bike, the Apache RTR 200 4V that nudged the incredible Kawasaki Versys 650 ABS to the runners up position while the Royal Enfield Himalayan took the final podium place. 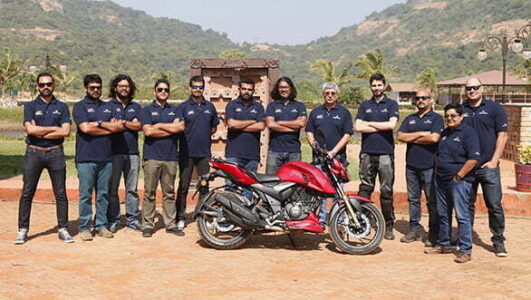 IMOTY just like its four-wheeler counterpart, ICOTY judges the nominated motorcycles through a numbers of parameters including – tyling, value for money, technical innovation, build quality, fuel economy, performance, practicality, and above all, suitability for Indian riding conditions. And with its esteemed jury with decades of experience and understanding of the industry short listing an unprejudiced winner makes IMOTY the most prestigious award in the Indian Motorcycle Industry.

Congratulations to TVS Motor Company for winning the country’s biggest and the most significant award for the year 2017. Hope they will continue to outperform their competition in the coming years as well.