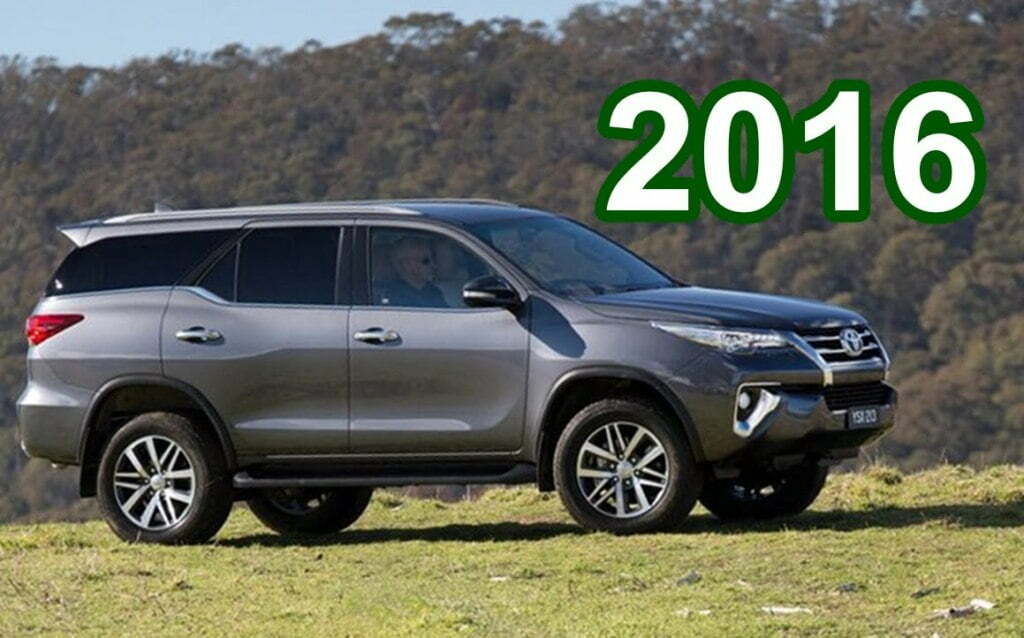 Toyota in India is known for two vehicles by and large. Fortuner and Innova. The Innova came in and has succeed already. With sales being four digits, the company is clearly having a ball with the Innova sales as there is no stopping this vehicle. Fortuner is also such a vehicle that commands that kind of value in the market. With sales not stopping despite the current product being inferior and a lot of options in the market, it shows Toyota clearly owns the market in this area. However, Ford has managed to take it down a bit by a good margin and hence the Fortuner is coming slightly earlier than expected. We have all the details of the SUV and what you can expect from the SUV.

The design of the SUV is going to be on longer side and will continue to have it tall dominating stance at the same time. The SUV is already a hot favorite primarily because of its looks. The front is heavily revised with new angular, edgy bumpers. The headlamps more quirkier and are more Lexus then Toyota. Side profile, around the C-Pillar gets a massive change in look and make the vehicle look fresh and dynamic. Rear is quirky and more flashy than before and should attract its target audience very well. The headlights have projectors built-in them.

The confirmed engines and drive trains options are as follows. The engines will remain the same with the Fortuner as the Innova. A 2.4l, 4-cylinder, diesel engine is not coming to the Indian market. A 2.7 litre petrol engine with manual and automatic gearbox is also set to come with SUV this time. There will be no 4×4 with the petrol. Petrol engine makes 166 BHP and 245 Nm of torque.

The 2.8 diesel engine makes 175 PS and 450 Nm of torque will the most powerful and come with 4×4 in both manual and automatic trims. Expect the fuel efficiency numbers to be around 12 km/l for 2.4 and 10 km/l for 2.7 litre. Real life numbers will differ.

Fortuner will continue be on the same ladder on frame chassis. The SUV is supposed to be heavier than before. The SUV has grown in size and now will house bigger engines. Expect much more kerb weight over the new Innova as well for the SUV. Innova already put 200 kgs plus of weight. All disc brakes are expected all around this time. The 4×2 variants come with All Terrain tyres while the 4×4 trims are set to come with Highway Terrain tyres. Rear diff lock has been eliminated from the Indian-spec model.

Read this too: More and detailed analysis of the Innova Crysta, Here!

The new SUV will get high quality interior unseen before in this car. A criticism that the company has taken seriously. Expect leather-covered dashboard, leather seats and wood all around to make the car more impressive. Expect Toyota Innova level interiors but with more distinction thanks to infotainment system being different.

Touch screen unit, connectivity options, Day and night, heated IRVM and ORVM along with dual zone climate control and automatic wipers and headlight are few of the options that will make it to the SUV. LED lights on the outside, projector lamps, LED tail-lamps and an electric tailgate is coming in for the first time.

ABS, Brake assist and EBD along with three airbags will be standard on the car. The 2.8 litre automatic gearbox equipped engine will get 7 airbags along with ABS, EBD and Brake Assist and other passive features.

Ford Endeavour Gets Sync 3, EcoSport Gets Standard Airbags on All Variants