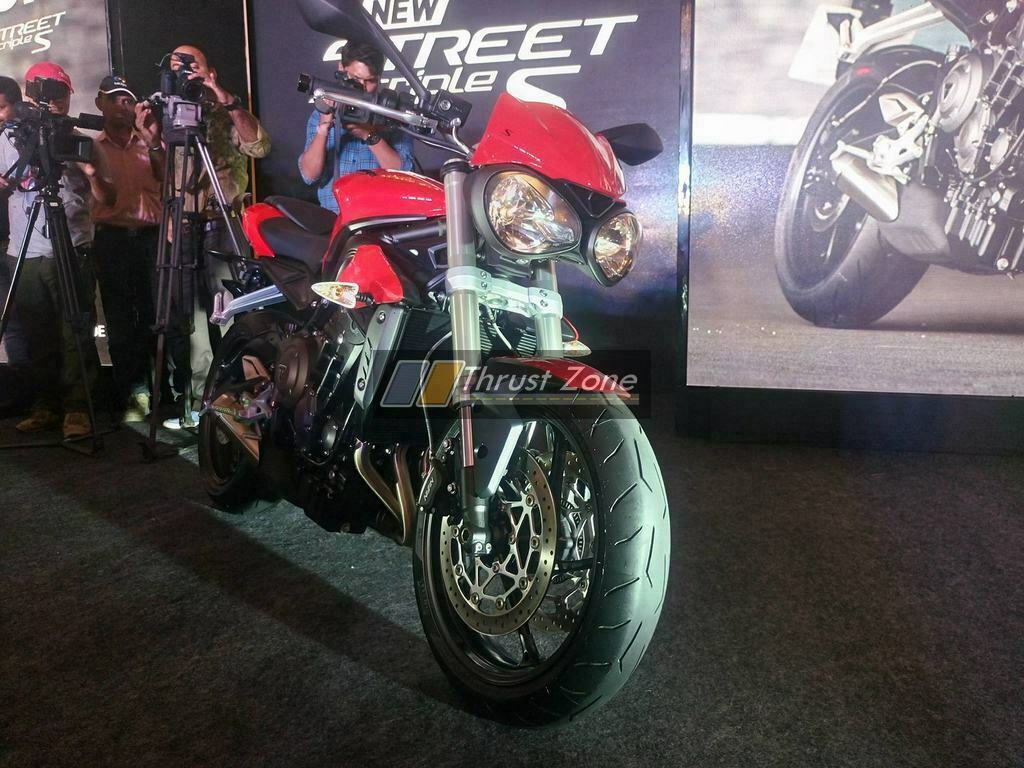 2017 Triumph Street Triple 765 is a motorcycle offers extra ordinary performance in its category at a great price!

If Triumph, as seen now, continues to launch upgraded motorcycles from its stable and is gaining success than this motorcycle is going to double everything in terms of volumes, money and fame. The Triumph Street Triple 675cc motorcycle was the ideal middle weight motorcycle in the category, the Daytona version of the motorcycle, which means the fairing one, was another critical success.

Both naked and faired motorcycle had a lot in common, so they shared the fantastic chassis, responsive and powerful engine and an iconic styling along with a lot of fame from SPY MOVIES. Today, the manufacturer has finally commenced booking after world launch in January. The 2017 765 version comes in three variants and the numbers just blow you away and the competition has some serious worries ahead of them. Let’s look at all the details of the S version we have today that has been launched.

The motorcycle is evolutionary in design, the bug lamps are tweaked, the tail is more sharper, the tank is flat and more sharper than ever before. A small bikini fairing can be seen. The color options seem spot on for the motorcycle. The silver-red-black scheme just makes thing so much sexier for this Triumph. Exhaust has been taken a bit higher and is a conventional design.

The most exciting part of the motorcycle is the engine. The motor is a 765cc engine which now makes 113 BHP of power and 73 Nm of torque. Mega step up from the existing 77 BHP and 57 Nm of torque. First and second gear ratios are shorter than before. Gearbox now has a new slip and assist clutch for lighter clutch action and will also control things under aggressive downshifts. The motorcycle party piece is a very light dry weight of 166 kgs.

The new 765cc Street Triple engine is Developed from the Daytona engine. The motor delivers a major step up in power and torque thanks to 80 new parts including new crank, pistons and Nikasil plated aluminium barrels, and bespoke camshafts for each model. All combine with the increased bore and stroke that has been increased. The 765 Street shares only 10% of its parts with the old Street engine, but 50% with the Daytona, while it weighs 1.2 kg less than the previous 675 Street.

Launched in India in June 2017, the price of Rs. 8.5 Lakhs is quite attractive for the S variant.

There is a 5-inch TFT colour dash on offer which has all the information you need. Electronics include a ride-by-wire throttle, five rider modes, traction control, quickshifter and switchable multi-mode ABS. The motorcycle is available in three variants, start from S, R and the full blown RS that will come soon.

The 2017 Triumph Street Triple 765 will take that to the next level as it reaches finally towards the competition and take them head on. Rivals such as Kawasaki Z900, Yamaha MT-09 and Ducati Monster 821.

Stories That Were True: Celebrities Pay Less Than Half The Price For A Luxury Car