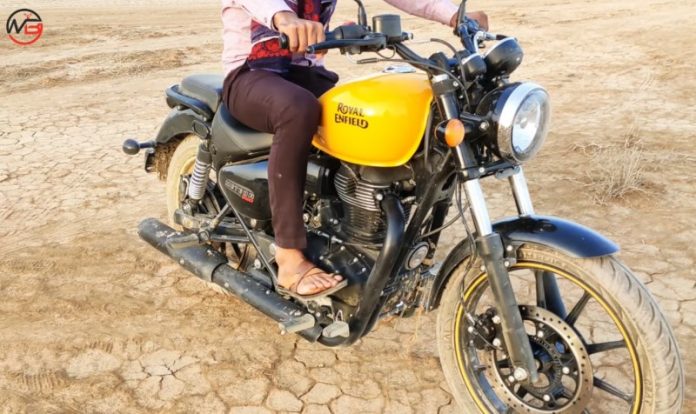 Royal Enfield has been testing the Thunderbird replacement for quite sometime now and the motorcycle will get all-new underpinnings over the outgoing version. While there were a number of rumours around the upcoming model, latest spy shots have confirmed that the upcoming offering from the Chennai-based manufacturer will be called the Royal Enfield Meteor 350. The motorcycle sporting a very bright yellow shade was spotted in Kutch, Gujarat during what appears to be the shoot of a TVC, further hinting at an imminent launch.

2020 Royal Enfield Metor 350 is likely to get an update 349 cc single-cylinder engine from the Classic range, while the launch is slated sometime towards the end of April.
Royal Enfield is tight-lipped about the new Meteor 350. What we do know is that the motorcycle is likely to be the new name for the Thunderbird range globally. 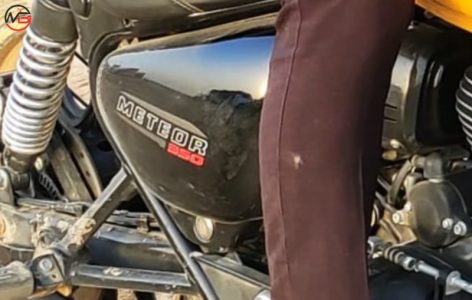 A lot of elements on the new Royal Enfield Meteor 350 come from the Thunderbird X. The retro elements are in check including the teardrop fuel tank, round headlamp, and the split seats. However, the bright yellow paint scheme, the blacked-out engine and exhaust, and the alloy wheels hint at a modern-day offering. Previous spy shots have also revealed toggle switches and a semi-digital instrument console on the motorcycle. 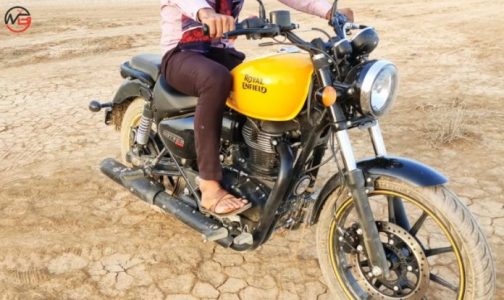 With respect to the powertrain, the 2020 Royal Enfield Metor 350 is likely to sport the BS6 compliant 349 cc motor that develops 20PS and 28Nm of peak torque on the Classic 350. The motor is paired with a 5-speed transmission. We also expect to see improvements in terms of a new double cradle frame, lower vibrations and a better suspension setup. The spy shots reveal telescopic forks at the front and twin shocks at the rear, in standard RE fashion.

Dual-channel ABS will be offered as standard with disc brakes at either end. The 2020 Royal Enfield Metor 350 will take on the BenelliImperiale 400 and the Jawa Forty Two in the segment. We will have to wait though to see if the launch indeed take place by the end of April. With the current lockdown in place, it could be pushed by a few weeks. But when it does, expect a big push from RE for an all-new nameplate joining its line-up.