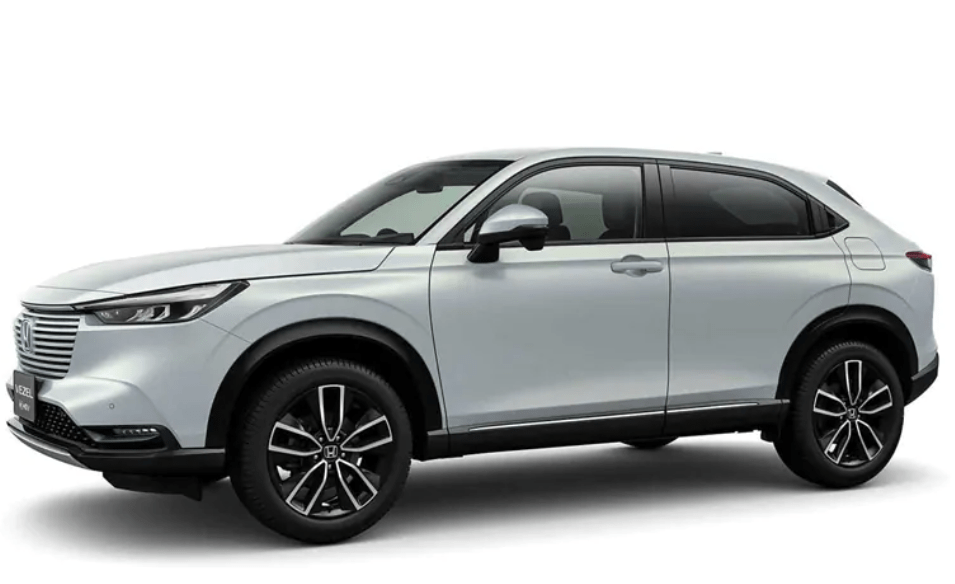 Honda has revealed its third-generation HR-V and the overall styling of the compact crossover is a radical departure from the existing model. The size has grown and design cues are now more futuristic and Avant grade in nature. Upfront, the grille is new and merges seamlessly with LED headlamps on either side. The bumper has a unique air of sophistication to it and its split design really feels special.

In the profile, the design of HR-V is characterized by the coupe-ish roofline and C-pillar mounted door handles. A sleek shoulder line adds to aesthetics and chunky alloys fit in the wheel wells quite nicely. At the back, the LED light strip running across the width is a nice touch. What is also soothing to the eyes is the taut rear skinning accentuated by the black cladding element and scuff plate lower down the bumper. The rear spoiler also follows the unique design although the size of the hatch at the back is not very wide. EVH badge and Honda logo with blue accents hint that the HR-V will sport hybrid credentials in its new avatar.

Inside the cabin, designers seem to have chosen function over the form. Controls are kept to the minimum and the focus of the efforts is to keep things clutter-free. The all-black theme works well and the panoramic sunroof is sure to enhance the sense of space for occupants. Other significant features inside include a 9.0-inch touch screen infotainment system and air-con vents that stretch throughout the width of the dashboard.

Honda has yet not revealed the dimensions and specifications of the upcoming HR-V. However, we guestimate that the compact crossover will receive Honda’s 1.5-liter, 4-cylinder petrol engine that will work in tandem with an electric motor. This coupling will help HR-V to boast ecological credentials in addition to delivering higher fuel-efficiency. It is also expected that the top-end version of HR-V will receive an all-wheel-drive (AWD) system for some serious off-roading capabilities