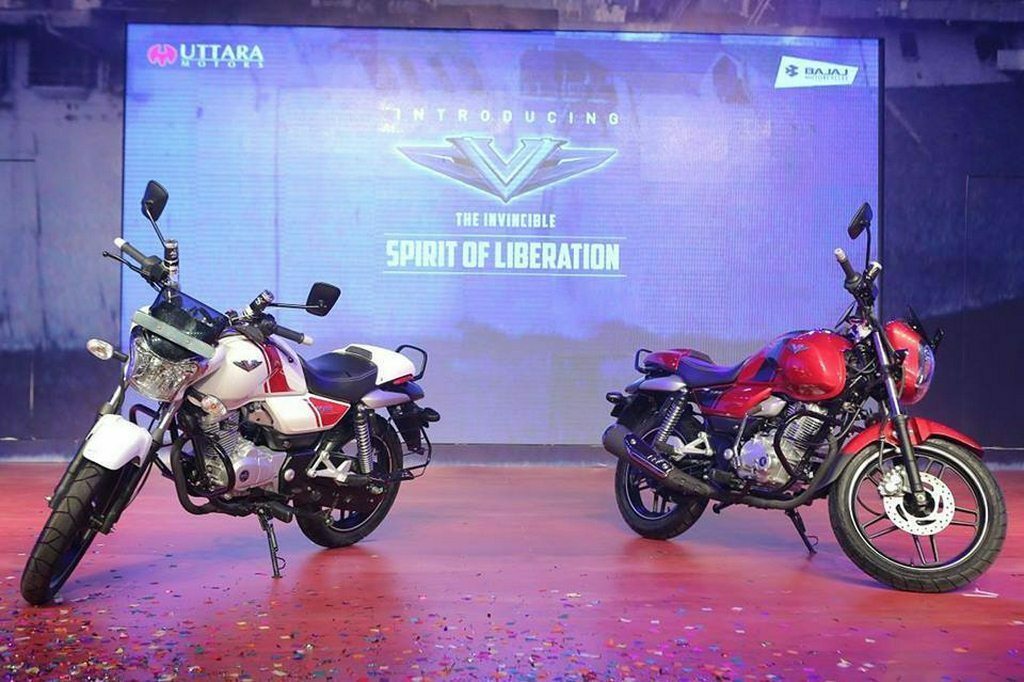 Bajaj V15 Launched in Bangladesh. Something that seems as fitting as the original launch in India that happened just couple of months ago. A bike that wears metal of INS Vikrant, a war ship that was instrumental in the Indian victory over Pakistan in 1971, a war that saw Bangladesh become an independent nation. Thus the V15 should hold a rather deep emotional connect with the citizens of Bangladesh too.

The Bajaj V15 has been introduced by Bajaj Auto in Bangladesh through its official partner Uttara Motors. It is a well known fact that the V15 has proven itself to be a huge hit for Bajaj Auto in the local market, owing largely to a brilliant advertisement campaign, the patriotic flavor and an inherently brilliant design.

We reckon, the Bangladeshi market will also prove to be a success story for the bike as well. The Bajaj V15 is powered by a 149.5cc single cylinder SOHC Dts-i engine that produces 12 PS @ 7500 RPM and a peak torque rating of 13 Nm @5500 RPM while being mated to a 5 speed gearbox. Interestingly, the bike that wears the metal from INS Vikrant in its tank will be assembled in Bangladesh. 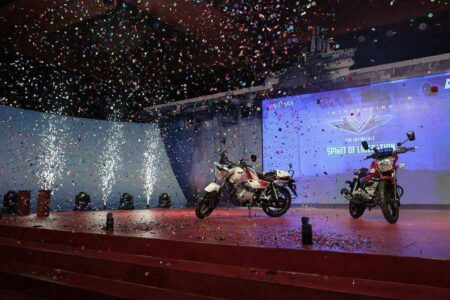 On the suspension front, the front of the bike gets the traditional right side up telescopic forks with 33 mm diameter while twin spring gas charged shocks does duty at the rear. The bike wears a 90/90 tubeless tyre up=front while a fat 120/80 profile adds to its stability at the rear.

The styling of this 135.5 kgs motorcycle has been very well received by all sects and its 165 mm ground clearance adds to its ‘The Invincible’ tag line as well. The price for the Bajaj V15 for the Bangladeshi market has been set at BDT 177,500 or Rs. 1.48 Lakhs. We reckon, the upcoming Bajaj V12 will also join its bigger sibling in the Bangladeshi market followed by its Indian launch as well.