Batman Theme Honda City Is We All Want At Any Cost – Looks Downright Brilliant! 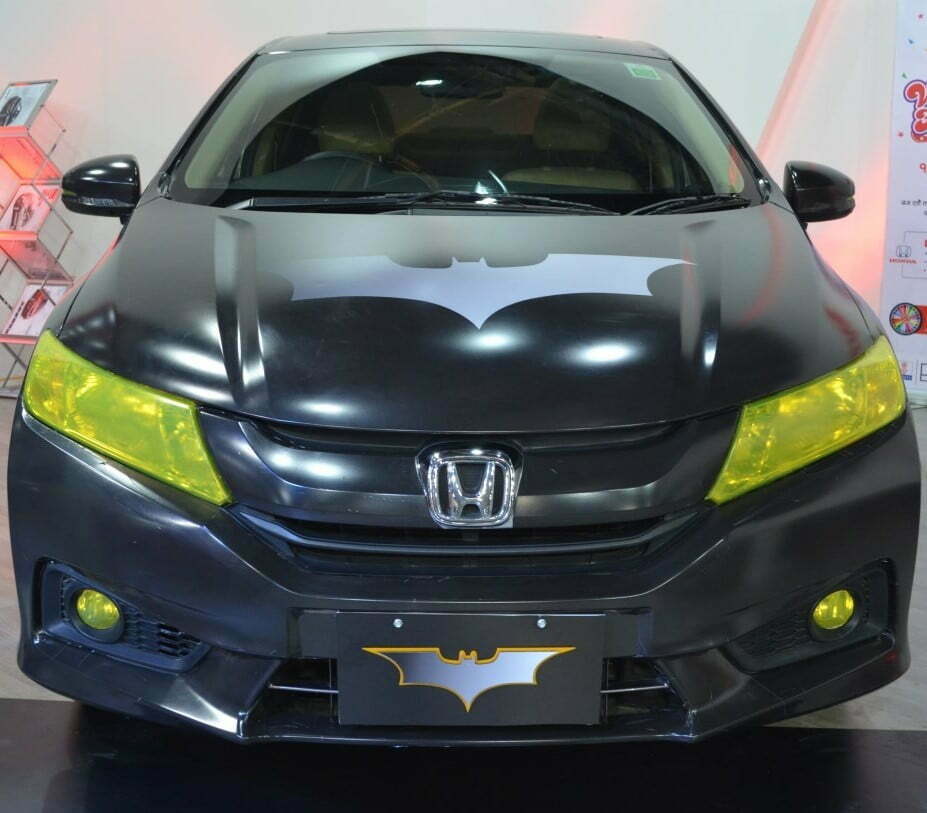 Japan’s well known auto company Honda, which also manufactures aircrafts, power machinery and engines, have their official distributors widely spread across the big blue marble. One such authenticated Nepalese distributor, is the Syakar Trading Company. They are very well geared up to emblaze the Honda City in a Batman theme and display it in the NADA Auto Show 2017. This unique idea was born through the group discussion which took place between the enthusiasts of the creative designing team.

The mutated Honda City possess a murky amber yellow dash on its headlamps, fog lamps, turn signals and alloy wheels. It also dons a dusky black paint finish on its body and has the cool Batman imprint on its hood, registration plates, front doors, alloy wheel centre caps and boot lid, as well as a thin Batman outline in yellow its side doors. 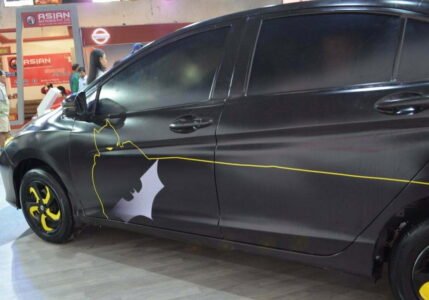 The windows and back glass are blacked-out with a soft market covering. While properly observing the pictures, it is well evident that this is the pre-facelift Honda City. Also, the face lifted model is not yet available to Nepal. The old Honda City has accurate dimensions which are numerically reasonable. It measures 4,440 mm in length, 1,695 mm in breadth and 1,485 mm in height. It also possesses a 2,600 mm long wheelbase and offers a superb ground clearance of 165mm.

Under the bonnet, it dons the 1.5 litre petrol engine that produces 119 PS at 6,600 rpm and 145 Nm of torque at 4,600 rpm. The engine transmits the power to the wheels through the 5 speed manual transmission or a systematic variable transmission. 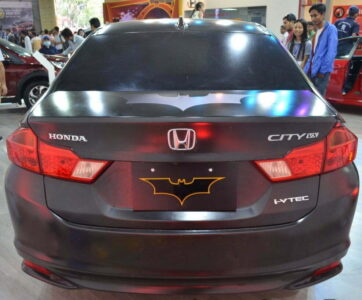