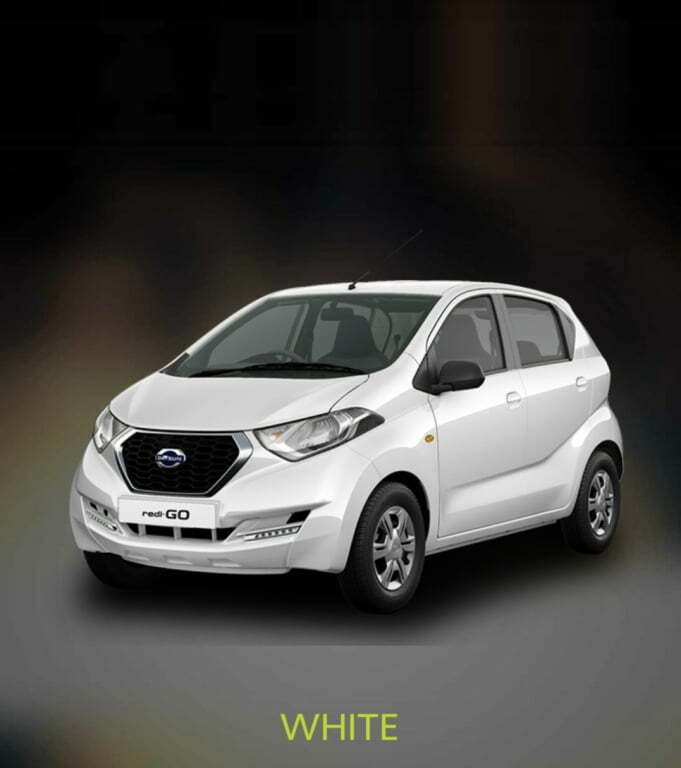 Based on the CMF-A platform like the Renault Kwid, the Datsun RediGo is all set to take the affordable petrol, entry-level hatchback by storm. This will be the third offering in the country after the best seller Alto which has ruled roost for decades. The Datsun RediGo is set to be the next big volume gainer after the Go and Go+ for the Datsun brand which has high ambitions with this car in India and worldwide. The hatchback is surely promising and offers quality, safety and reliability along with efficiency in every single way to its customers. Have a detailed look below on what it is set to offer.

Design clearly is all new despite the fact it is based on the Renault Kwid. Crossover credentials can be seen everywhere thanks to flared wheel arches, tall boy design, humped rear and still maintains the flowing lines of a hatchback. The hatchback is set to offer a lot of colors to distinguish itself. A similar trait of the past when the Micra was launched, it was given different colors than the ordinary. Datsun RediGo measures at 3430 mm. A best-in-class ground clearance of 185 mm has been achieved. The approach angle of 26.8 degrees and departure angle of 58.6 degrees is achieved thanks to shorter overhangs.

A well screwed interior which seems built to last, with decent quality on board will make things more pleasant. A center console has company fitted stereo and A/C controls make it look minimalist. Power steering, front power windows, LED daytime running lights, an integrated music system are things that will be offered with the car. There isn’t much like the Renault Kwid here, but we think accessory kits will be a wholesome to choose from like its cousin as well to make things interesting and people who are willing to pay more.

There isn’t much for offer as ABS and EBD are missing. However, Datsun is set to offer driver side airbag as optional extra for those who ask for it.

The crossover, entry-level hatchback will make its way in the first week of June as bookings have already begun. Prices start at a shocking tag of 2.39 lakhs and end by 3.5 lakhs, as the Datsun is going to be positioned lower than the Renault Kwid. All of this makes RediGO serious value for money for its buyer as it helps them get a reliable robust looking car which can do every chores quite easily.

The hatchback will come with a 800cc, 3-cylinder, petrol engine that will develop 53 BHP @ 5678 RPM and 72 Nm of torque @ 4388 RPM. The engine is mated to a 5-speed manual transmission. A 1000cc engine with AMT or manual gearbox could make it next year to the Datsun as well with minimum variants that it would be offered on.

The same engine seen on the Kwid will make it here as well on the Datsun RediGo. The numbers are out and the hatchback is set to give 25.17 km/l which is identical to the Renault Kwid as well. As we know the engine is tuned for efficiency and driveability rather than performance, which, by the way automatically comes from the light kerb weight of just 635 kgs.