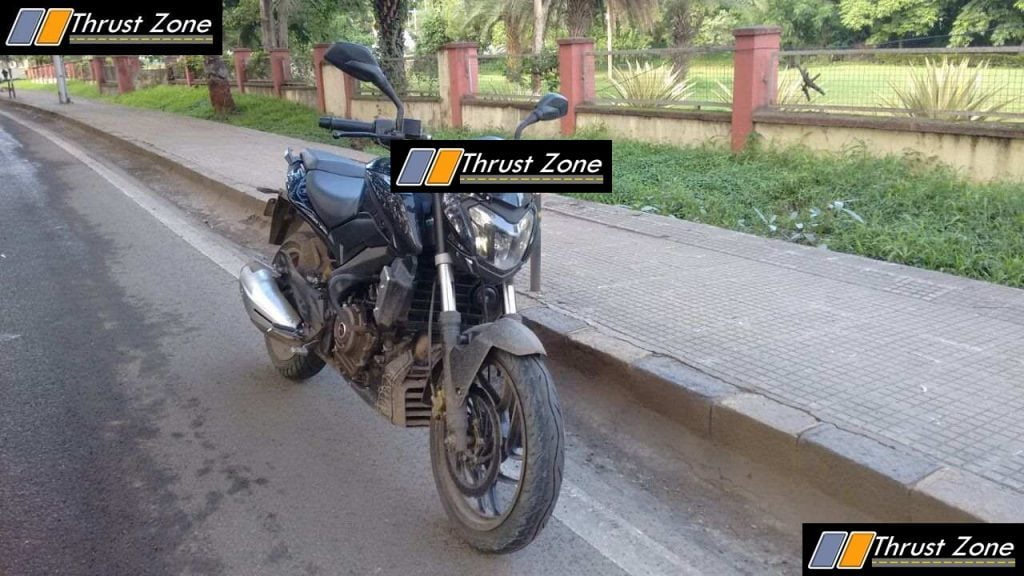 Bajaj VS400 is going to be the next best thing after the KTM Duke 390. Based on the same motorcycle already means its a recipe that it is going to outright lip smacking. Reason? It adorns a tourer outfit for the job as the suspension, chassis suggest. Engine wise, it will tamer, offer similar performance and will take from state to state or if you want, country to country. Here are all the details you need to know ever since it was showcased at the Auto Expo 2014. CS400 aka VS400 has been caught many times testing in various situations. Either being reviewed (by us) the name change and power leaked documents from ARAI to this new ad spotting in Leh. Launch happens next month and will be a bike to look forward too. Have a look at what all information we have of this new VANTAGE SPORT 400 that we have for you.

Kratos VS400 Design and colors

The fuel tank of the any Pulsar is the highlight and it does continue to stay the same. The motorcycle is also typically long, which stays true the Pulsar fashion. The tail-piece is bare minimum and the rest of the motorcycle is all flesh. The chassis is painted in silver color and rest of the body color will follow. We think it will get traditional black, grey and red colors from Bajaj initially. Overall, a long slung, fast looking sports cruiser that will be loaded to the brim in terms of technology and speed in its respective category.

Bajaj VS400 is all set to be launched very soon. This should be the last performance motorcycle coming from the Bajaj stable after the AS and RS series. The launch is set to happen in the month of September-October 2016 and should take the industry by storm as it is set to offer a lot.

Kratos VS400 Chassis, suspension and brakes

The motorcycle uses a perimeter chassis that has been lowered to give the Sports Cruiser appeal and form. The front forks are regular telescopic forks which will aid in more comfort and be more usable when it comes to what the CS400 tends to offer. Long box section swingarm on this motorcycle will aid in stability that has a monoshock which is gas charged and is adjustable as well. Both ends have large disc brakes at the front is set to be over 300mm in size and rear should be 240 mm. The motorcycle will tend to offer solid stability, precision and agility with the setup which it would most likely as it is a Sports Cruiser.

We expect a price tag of Rs. 1.65-1.70 lakhs ex-showroom Delhi for this motorcycle. Though this time around, if the motorcycle spotted testing and showcased at Auto Expo 2014 turns all same, the pricing could be high as it so much technology that bikes thrice the price would be ashamed of.

What will be the most exciting part of the motorcycle is going to be the engine. If we consider how the Duke 200 engine was used to make the RS/AS/NS engine then the CS400 is set to be a firecracker. A fast revving engine with lots of torque in the mid top-range of the motorcycle.

Read this too: VS400 will not be a Pulsar

Read this too: kratos Is the new Power Cruiser

Read this too: High Resolution Picture Gallery OF VS400

Read this too: LED lights for Kratos VS400 confirmed

Read this too: Kratos Benchmarking against Versys 650

Kratos should deliver slightly more mileage than the Duke 390 that it is based on. So expect numbers around 25-30 km/l in real life scenarios and worst number could be 20 km/l if ridden hard and fast. Power IS RATED at 34.52 PS and torque should be around 25-30 Nm. A liquid-cooled, fuel injected, 4-valve engine with a DOHC or SOHC setup is pretty much confirmed as well! Expect top-class refinement and city rideability from the Bajaj CS400. 0-100 km/hr in 6.5-7 seconds? Most likely!

Bajaj Kratos VS400 Safety and Features

Better MRF tyres, standard dual channel ABS, high illumination lighting and spread will make sure safety is paramount for this Cruiser Sport. The motorcycle as it will have to do everything what the owners throw. Either it is rocky terrain of Ladakh or smooth fast expressway speeds.

No clear rivals, but with the kind of power and torque it makes it will rival the YZF-R3, Mahindra Mojo, Ninja 300, TVS Akula 310, BMW G310R as these bike are set to offer versatility as well. There are no rivals from Hero, Honda, Suzuki at the moment.