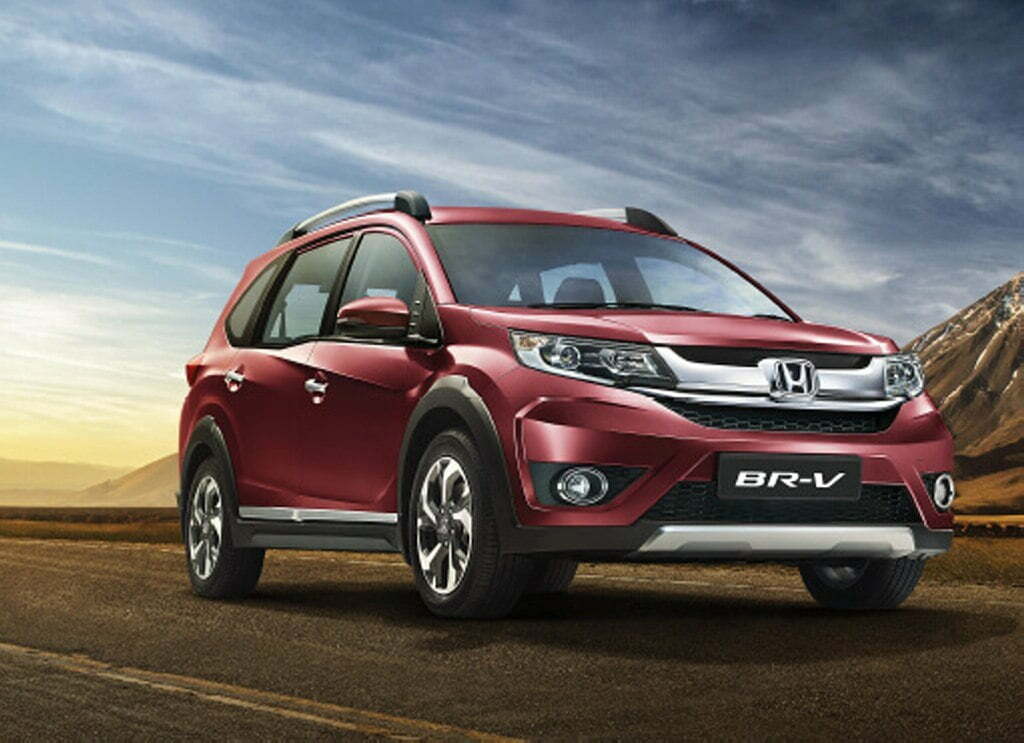 Honda BRV is a 7-seater SUV from the brand that aims to take on the likes of Hyundai Creta, Renault Duster and Mahindra Scorpio

Honda has not tasted much success in the country. Apart from the City and just about good enough numbers from the Amaze, everything else hasn’t gone exactly as plan. The Mobilio was the first of them and in the past was the Brio which is nowhere to be seen now. With City sales compromised to an extent due to stiff competition. All that is set to change with the new BR-V. The car has its strong points and USP to take on the competition such as value for money and 7-seater. However, it doesn’t have everything. Have a look below on detailed analysis.

BRV continues to get a front-end which is similar to the one’s seen on cars from stable such as the Amaze, Brio and Mobilio. The BRV gets projector headlights and the bumper isn’t a SUV thing either as it’s quite bland isn’t crossover ish either. Side profile is where its length says it is a Mobilio, but then its only the rear door which resembles everything else in the front and rear are different. Rear is the best of the BRV which is futuristic with a large running reflective strip and cool looking tail-lights, the two parted tail-gate again reminds of something and it is the Hyundai Creta.

Yet again, it is a Honda so the interior are not that great like any other modern Honda car available out there in the market. The car has all black interior on top-end and lower variants hints of beige all around to make things premium for all type of buyers. Quality isn’t that great but it’s solidly built to withstand abuse.

BRV has standard features in terms of connectivity and has something extra such as keyless entry and start-stop button. The BRV Misses out on reverse parking sensor and camera even on top-variant which is shocking for a vehicle of this size.

Honda has equipped the car with ABS And EBD as standard along with dual airbags to make sure safety for all variants and every single customer, which is indeed a great move. We wish the car had side airbags for the car of this size.

The Crossover SUV was launched in the country on May 5’th 2016 nationwide and bookings are open since a month prior to it.

100 PS and 200 Nm for the diesel and 115 PS and 145 Nm of torque for petrol is standard as before seen in the engines from the Mobilio. Diesel is claiming 21 km/l which is, quite a low number when it comes to comparison from its stable mate City which claims to have 25 km/l and more. Petrol claimed number is also low at 15 km/l and real world condition numbers will be lower as well.

Read this too: More and detailed analysis of the S-CROSS PETROL, Here!

Read this too: More and detailed analysis of the S-CROSS FACELIFT, Here!

Read this too: More and detailed analysis of the SSANGYONG TIVOLI, Here!