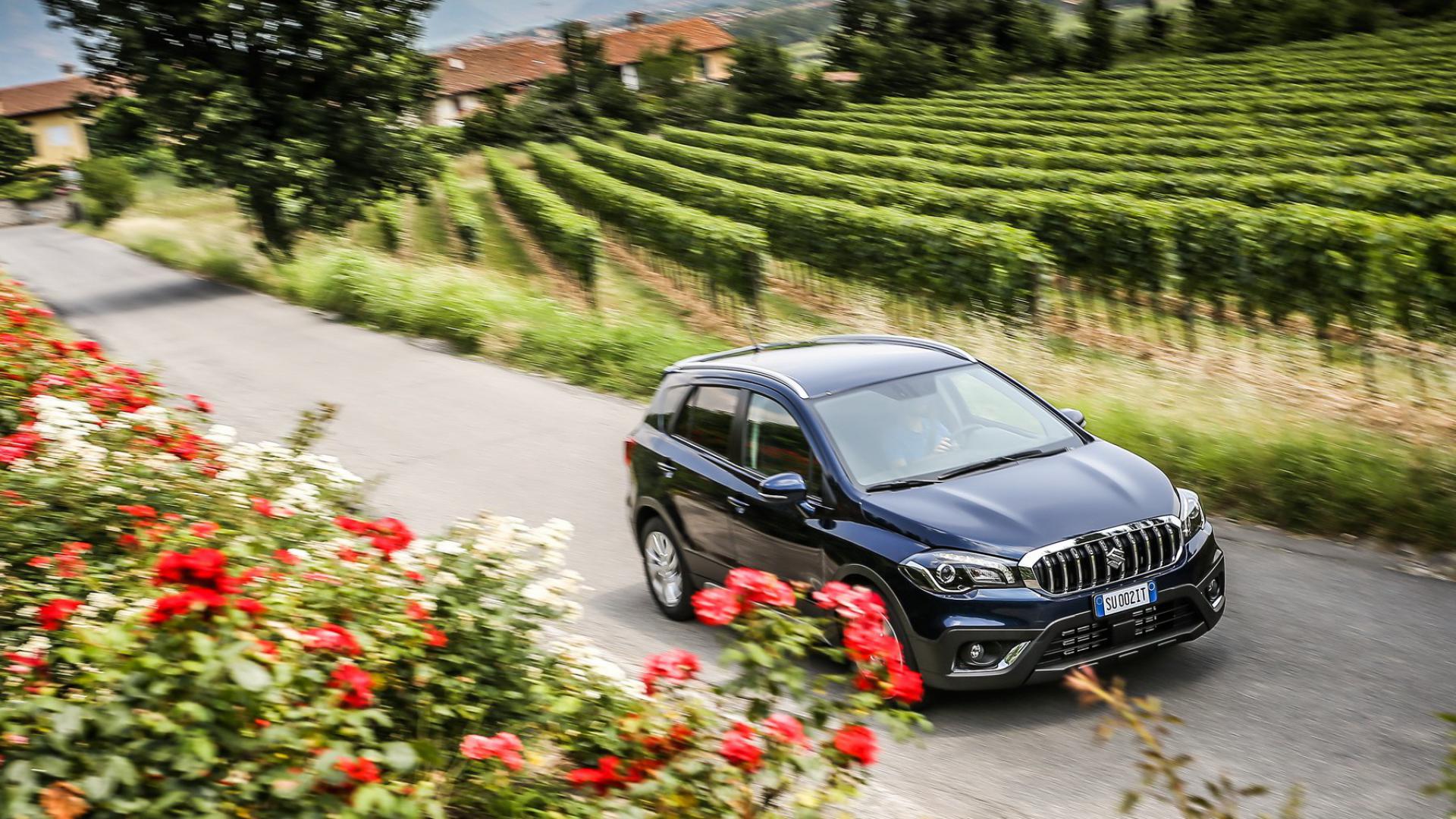 Suzuki worldwide is making sure their cars from the past and future are visible and are up to date. Never has been Japanese manufacturers been this aggressive. Facelift spy shots came long time back of S-Cross and today production version is spotted inside the European Facility of Hungary. Today, after the international launch, the S-Cross is finally here, back at home base, in India. S-Cross is set to launch in couple of weeks. Maruti says it is ready to take bookings at Rs. 11,000 at Nexa dealerships. Company has sold 53,000 units till date and 4600 units have been exported from here.

Photos are of all types that can be seen here. We can see a brand new grille, headlights and front bumper. Side profile remains the same and the rear is still not visible for now. Spy shots did suggest it will get a new set of tail-lamps and the new one get a strip of LED inside the old cluster itself. What we can also see are new alloy wheels for the car that seem to be 16-inch on in these photos. Headlights continue to have projectors and LED DRL in them. Overall, the grille isn’t going well with the car but the rest of the changes seem more subtle. New Nexa blue color has been added which looks great.

The crossover SUV will get the monocoque chassis with Mc Pherson struts at the front and torison beam at the rear. Ride quality is good on the car and even dynamic capabilities of the crossover is good. There is a 4×4 variant available and won’t come for some more time. Suzuki calls is ALL Grip worldwide.

High quality on the inside is expected and nothing much has changed. However, this time S-Cross could get a beige and black interior instead of all black as the petrol buyer prefers in most cases in the Indian market. Electric ORVMs, parking sensors, camera, automatic wipers and headlights, climate control, connectivity options will come in the car as seen in the pictures. Apple Car Play along with Android should make its debut with the new S-Cross. 6-Speakers, steering mounted controls and existing features should stay.

All around disc brakes make sure there is enough stopping power. ABS and EBD will come as standard and so will the dual airbags throughout all variants.

Read this too: More and detailed analysis of the BRV, Here!