Italian giants Ducati has discontinued four its super monstrous models from its Indian portfolio. The motorcycles removed are the Diavel, Diavel Carbon, Scrambler, Monster and the Panigale 1299 twins. There is now official word from Ducati as to why these very well known models have been discontinued.

Talking about the international market Ducati has already updated the Scrambler, Monster 821, and the Diavel with Euro four compliant engines which suit the BSIV norms. Interestingly the Ducati Diavel Diesel, based on the standard Diavel is also discontinued and the company is expected to reintroduce the motorcycle this year with updated powertrain which is emission compliant.

However the recently launched Monster 797’s introductory low price of 7.7 lakh fills the gap left by the Scramblers at the entry level. As the Monster 797 shares the same air-cooled 803 cc L-twin motor which churns around 75 bhp and 68.9 Nm of peak torque.

According to the company Ducati India, the bookings of the BS-IV versions of the Scrambler icon and Scrambler Classic have commenced at the dealerships across the country. The deliveries of these two models will begin in July 2017. 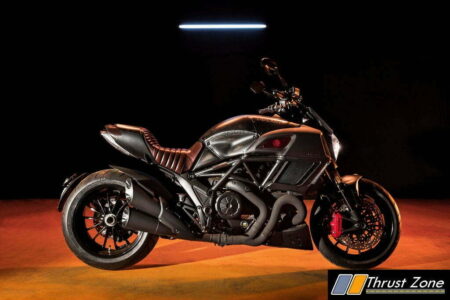 The company has not yet announced the launch date of the 1299 Panigale BS-V version model in India. Ducati India has promised that it will launch five motorbikes in the country this present year and keeping that promise two models, Monster 797 and the Multistrada 950 have already made their ways in the market, and rest of the remaining three are likely to be launched later this year.