Workers of Honda Motorcycle and Scooter India have been on a strike since the past 6 days. The indefinite hunger strike began at Jantar Mantar on September 19. This is against the repressive working conditions at the Honda factory in Tapukara, Rajasthan claimed by workers. Worked went ahead to file a petition to unionise on August 6, 2015 to protect contractual workers from exploitative conditions at the plant. This is being done because between September 2015 to February 2016, the company terminated over 700 contract workers. Workers have two demands. Reinstating all terminated and suspended workers and second is of withdrawing all civil and criminal cases filed against the workers.

The spat between workers and Honda got worse in February 16 this year. A contract worker refused to work overtime for a third consecutive day. When the worked denied, a senior supervisor physically assaulted that worker. When workers gathered together to protest the incident, this is workers faced lathi-charge by the police. Over the following days, Honda has charged 70 workers with criminal cases under the Indian Penal code. Workers have being saying that the work load is to high and the pay is very low. 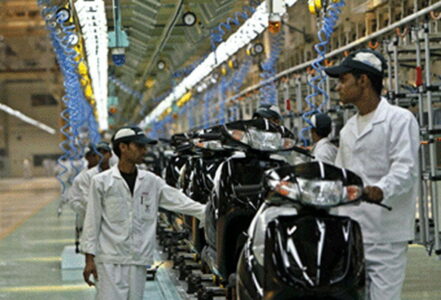 The ‘victimized workers’ are all set and they will be submitting their memorandum to the Union Labour and Employment Minister. As their demand will be to reinstated for the jobs. Five to Seven people have lost their lives in these incidents on both sides. There has been no statement from Honda since the unrest till date. Honda has plants in places where Make in India initiative is at an all time high. Stay tuned we will update as the story proceeds