Post the introduction of BS6 emission norms, Japanese bike maker Honda has adopted an aggressive strategy for the Indian market. Not only the company has launched a slew of new offerings in the regular category, but it is also mulling to expand its portfolio in the premium segment under its Big Wing chain of dealerships. Currently, a total of six models are retailed under the Big Wing network and now the word has it that the new Africa Twin 250 is going to join the premium stable of the company. Just so you know, the new Africa Twin 250 is a scaled-down version of the Africa Twin 1100 with the latter carrying a hefty price tag of Rs 15.35 lakh in India.

The rationale behind the launch of quarter-liter Africa Twin is the increased traction that adventure (ADV) bikes are witnessing in India. The likes of Suzuki V-Storm 250 and BMW 310GS are already present in the 250cc ADV segment while KTM is readying its onslaught in the form of the upcoming 390ADV and KTM250 and 390 ADV.

New Africa Twin 250 based on the HondaCRF250L rally although considerable changes are expected as target markets for both bikes are considerably different. The design of the quarter-liter Twin will take inspiration from the bigger Twin 1110 and is expected to feature similar frontage, cowl, and fairings; however, the former is expected to weigh much lighter than the latter. 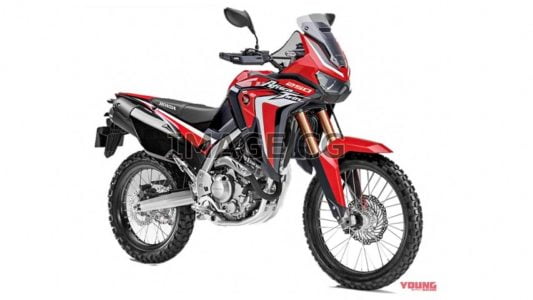 Details about the powertrain are sparse at the moment though, in all probability, a 249cc single-cylinder unit from the CRF250L or CBR250R will power the new Africa Twin 250. The unit is liquid-cooled and is good for 25bhp of max power. Honda is yet to make any formal announcement regarding Africa Twin 250 although the Indian market will definitely witness its launch if Honda decides to go ahead with its production. In addition to Africa Twin 250, Honda is also readying a new 850cc offering to capture the premium market. This will be the ideal replacement of the iconic CBR250R in the country which makes little sense today given ADV’s high demand.

Whatever We Know About The Upcoming 2021 Jaguar J-Pace SUV