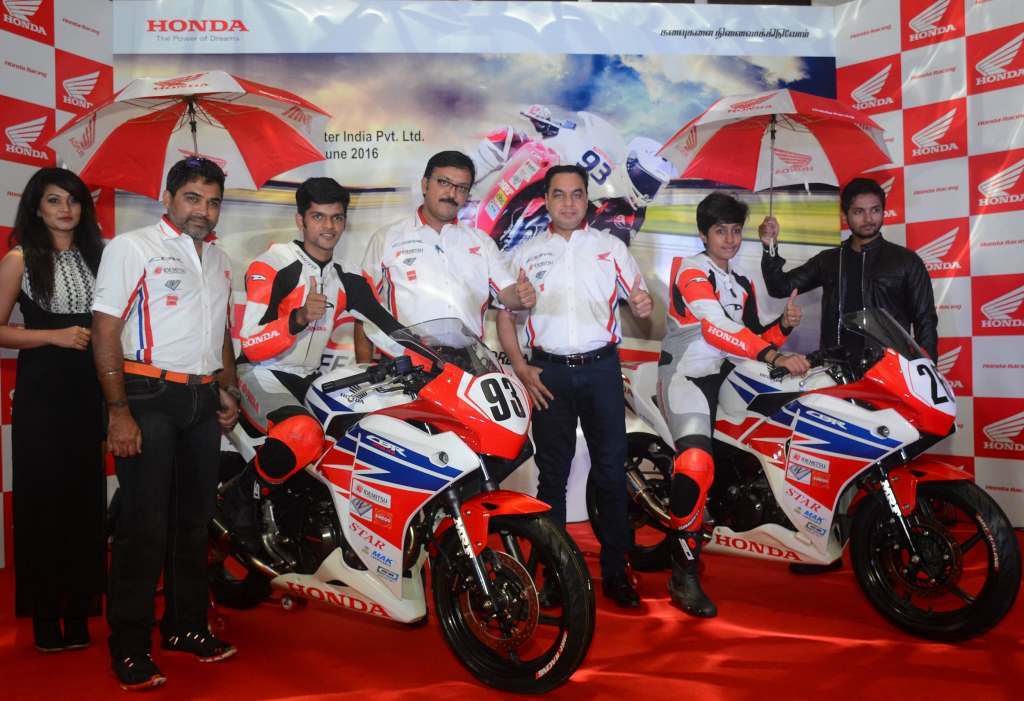 Honda Motorcycle and Scooter in India is known for coming up with one of a kind, safety, racing and other campaigns to make sure their products receive light as well fulfill the corporate duty. One such activity which has been going on for over 9 years is racing. Honda is known for one make championship in many countries around the world and India is one of them as well. Honda has given great racers to the country and is in a continuous process to do so today itself.

What is new that the Motorsports enthusiasts all over the country can now contact Honda Racing Helpline. Riders who want to make a career in motorsports, can do so by calling on helpline. Honda is all set to give world-class training at Honda Ten10 Racing academy pit stops all over the country as well. Key announcements for 2016 seasons are. Honda One Make Race will begin at Kari Motor Speedway, Coimbatore the new season marks the debut of the first ever for Honda Women Racers. Out of the many 10 Women riders will take to the grid. In total 53 riders to compete in CBR 150R Open category and 250R Open category

As said in beginning the new race-prepped versions of CBR 250R and CBR 150R, developed by Honda’s India R&D team are here. CBR 250R has a racing kit which comprises of new wiring harness with remapping option, advanced racing body cowl kit & equipped with endurance exhaust. The CBR 150R also gets a reprogrammed ECU & endurance exhaust. Racing enthusiasts in India to get a taste of international action as the Asia Dream Cup (ADC), Round 5 will be held at Buddh International Circuit Honda’s riders Hari Krishnan and Sethu Rajiv will represent India at ADC.

Bajaj Pulsar VS400 Benchmarked Along Kawasaki Versys 650, Aims At Touring