The new Gold Wing is finally here and its better than ever. 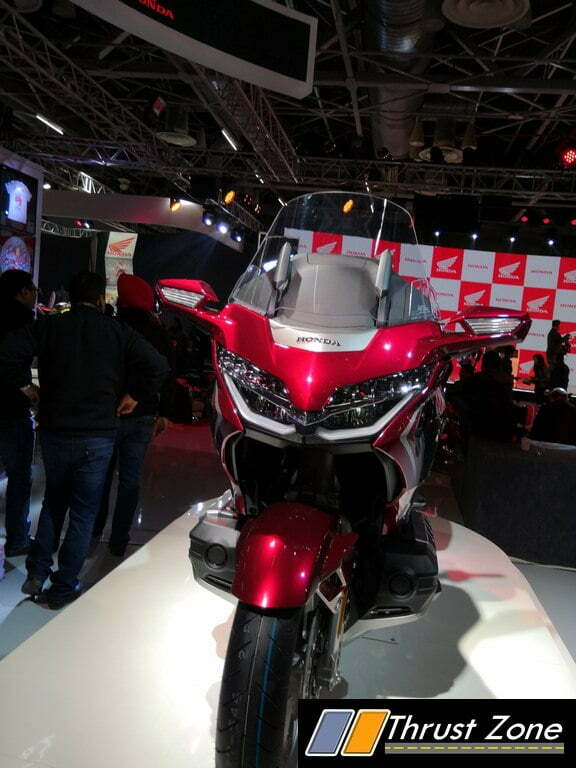 The Honda Gold Wing is the gentleman’s definition of luxury touring. Low slung, laid back, torquey and supremely comfortable are just some of the perks that the Gold Wing was always blessed with. Honda’s uber cross-country tourer was the go-to choice for many enthusiasts out there.

Honda carried a thorough makeover on the Gold Wing for 2018. The updates are massive and the new feature list is long, very long. Amazingly and unlike previously the new Gold Wing was also designed to be a capable handler and slightly sportier to appeal to a wide range of audience.

The bike gets an overhaul in terms of looks. Upfront the obvious change is the new headlight, which now is full LED. The rear too is changed with edgy looking rear taillights which also are LED. The bike now looks less bulbous and has strikes and lines running through the sides. The 1833cc flat-six engine is now updated and has a single intake with four valves per cylinder. The new motor is both lighter and smaller when compared to the older version. 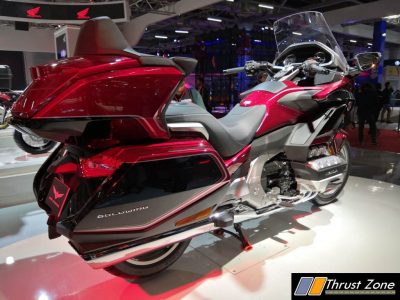 The talking point of the bike is the new front suspension. Honda ditched the old forks for a new double wishbone setup similar to BMW’s Duolever suspension. The benefit of this suspension is that it mitigates abnormal fork dive and harshness while still using stiffer springs for better feedback and handling. Traction control, electronically adjustable suspension and windscreen, airbags and heated grips are also included in the Gold Wing’s arsenal. It gets keyless ignition, integrated saddlebags, cruise control, TFT screen with navigation along with free software updates for 10 years, Apple CarPlay is also in the list. The tank now features buttons for control centre.

The bike now is available with two transmission options – a six speed manual and a 7 speed DCT. The new Honda Gold Wing comes in two variants – the Tour and the base Gold Wing. Over and above the base, the Tour gets a taller windscreen, top-box and side bags as well as a heated seat. This premium motorcycle adorns Honda’s stand at the Auto Expo 2018 and is available in India at an ex-showroom price tag of 26.85 lac rupees.