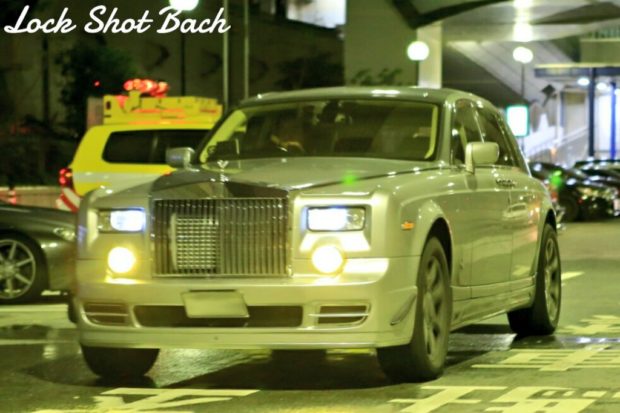 Rolls Royce Phantom Engine Swapped With Toyota 2JZ Engine in the midsts to keep costs in check while maintaing the car and also just because they can do it!

Braap STUSTU is not a engine note heard inside anywhere else expect iconic Japanese sports cars or sports saloon, except for here! Well we don’t get to hear to such stuff very often but today we are here to tell you about the most eccentric engine swap done by a wealthy youngster living in Tokyo. It’s the mighty Rolls Royce Phantom which has undergone this unusual change of getting it’s 6.75-litre V12 motor removed and replaced with a 700-horsepower 2JZ from a Toyota Supra. Yes you heard it right a 2JZ powering a Rolls Royce, strange isn’t it ? but this Japan based Phantom owner has made it easy as pie.

The Japan based Rolls Royce Phantom was running fine, for the first 190,000 or so kilometers of its life, before its 6.75-litre V12 generator gave up and died. Instead of spending a fortune at the dealer to make the car come alive again, this hero as what they call him on internet now, decided to have a fully built turbocharged and supercharged 2JZ straight-six installed in his beast making it more powerful then ever before. 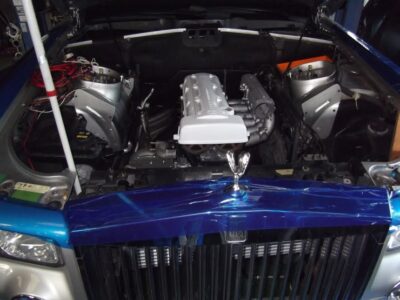 Power is sent through an automatic transmission with a center console mounted gear selector, while things like RPM, water temperature, oil temperature, speed and boost pressure are displayed via a couple of out-of-place gauges. Talking about Japan first things that comes into minds of car fanatics is engine swapping and JDM’s, but this is next level. And the thing is that it all came to be out of necessity rather than a publicity stunt from a tuner. The youngster just wanted to keep on driving his Phantom and has been successful in doing so after the exceptional engine swapped that’s worked out quite well for him.

This Is A 2JZ Rolls Royce

Definitely not your average engine swap!Credit to Tokyo Tuner, check out his YouTube channel here: youtube.com/tokyotuner

Nothing is impossible my friends and this hotshot hero has Basically turned a super luxurious machine into tuned performance car, just because he loves power and off-course he’s rich. Its weird, wonderful and a lot scary as all things rolled up into one. But just to sum it up all together this 2JZ Rolls Royce Phantom is just bonkers.