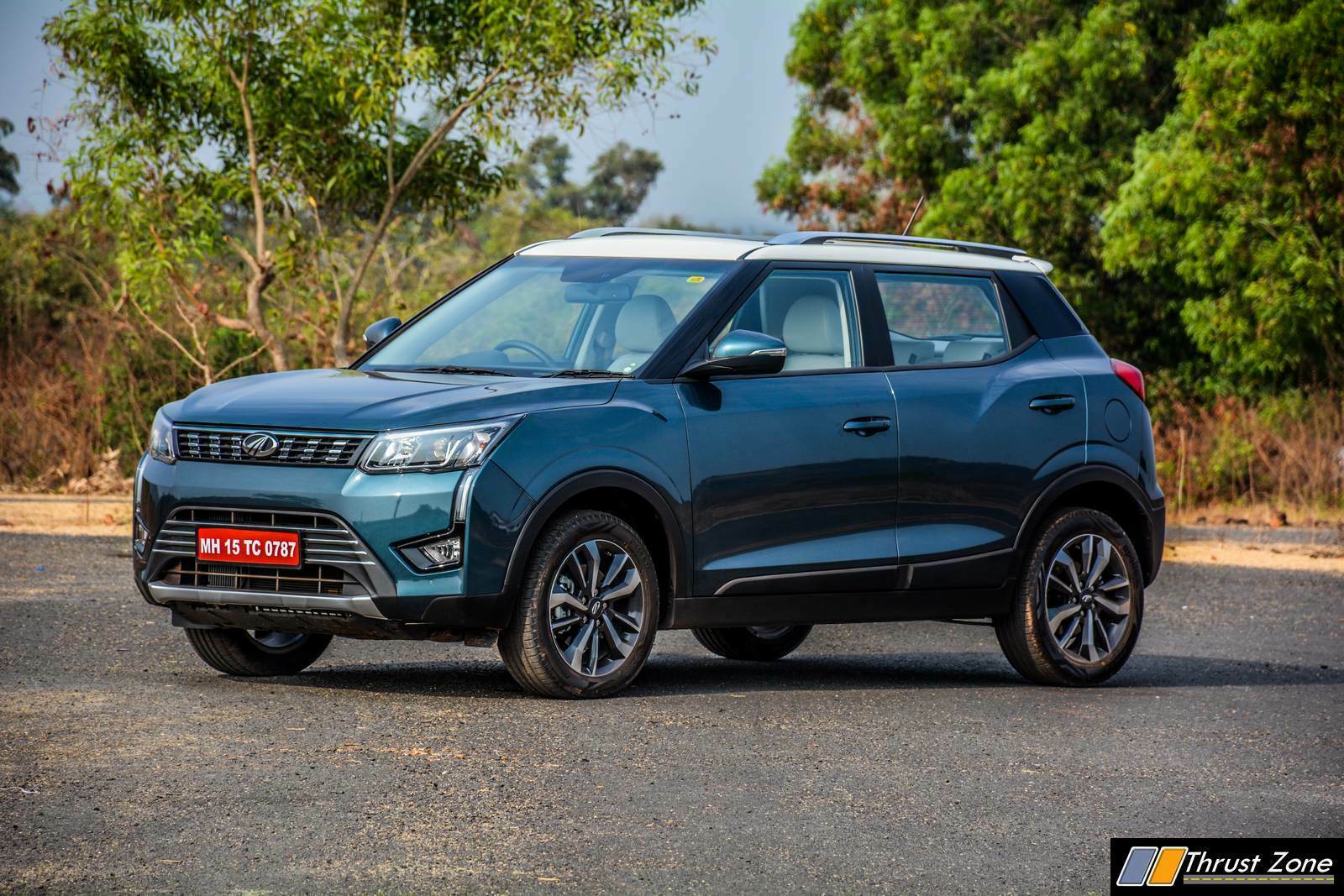 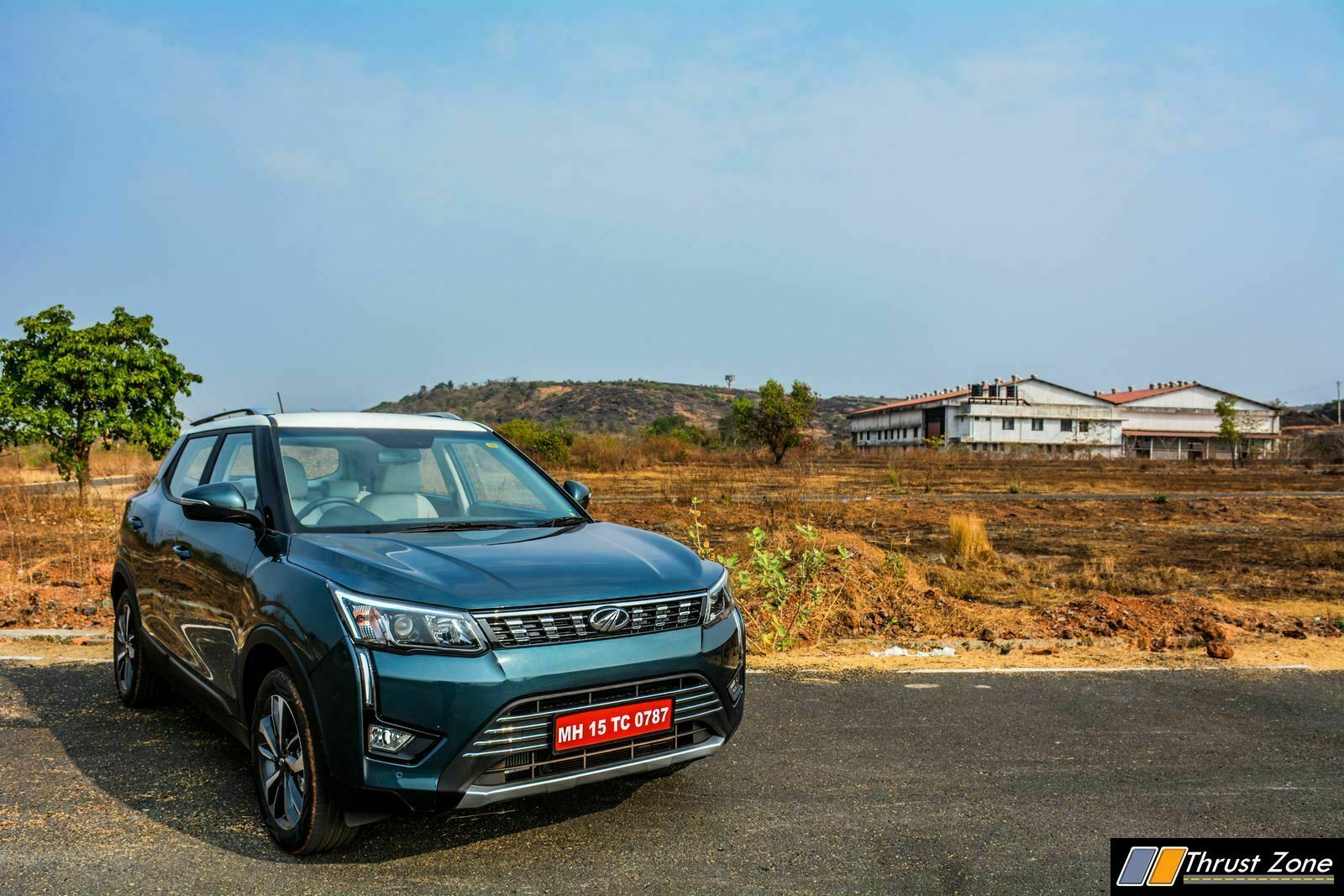 As our roads get better and the exploring limits getting higher, we all tend to get SUV’s, which can do a bit off-roading. However, we also want something that can do the usual office commute in comfort and style. Then it can also pack a lot of features at a good price and give us some good value. Then on the occasions we want power and fun to drive characteristic and when the wallet doesn’t permit, we need that efficiency numbers going higher and then we need space for the family to take them on weekends and road trips. 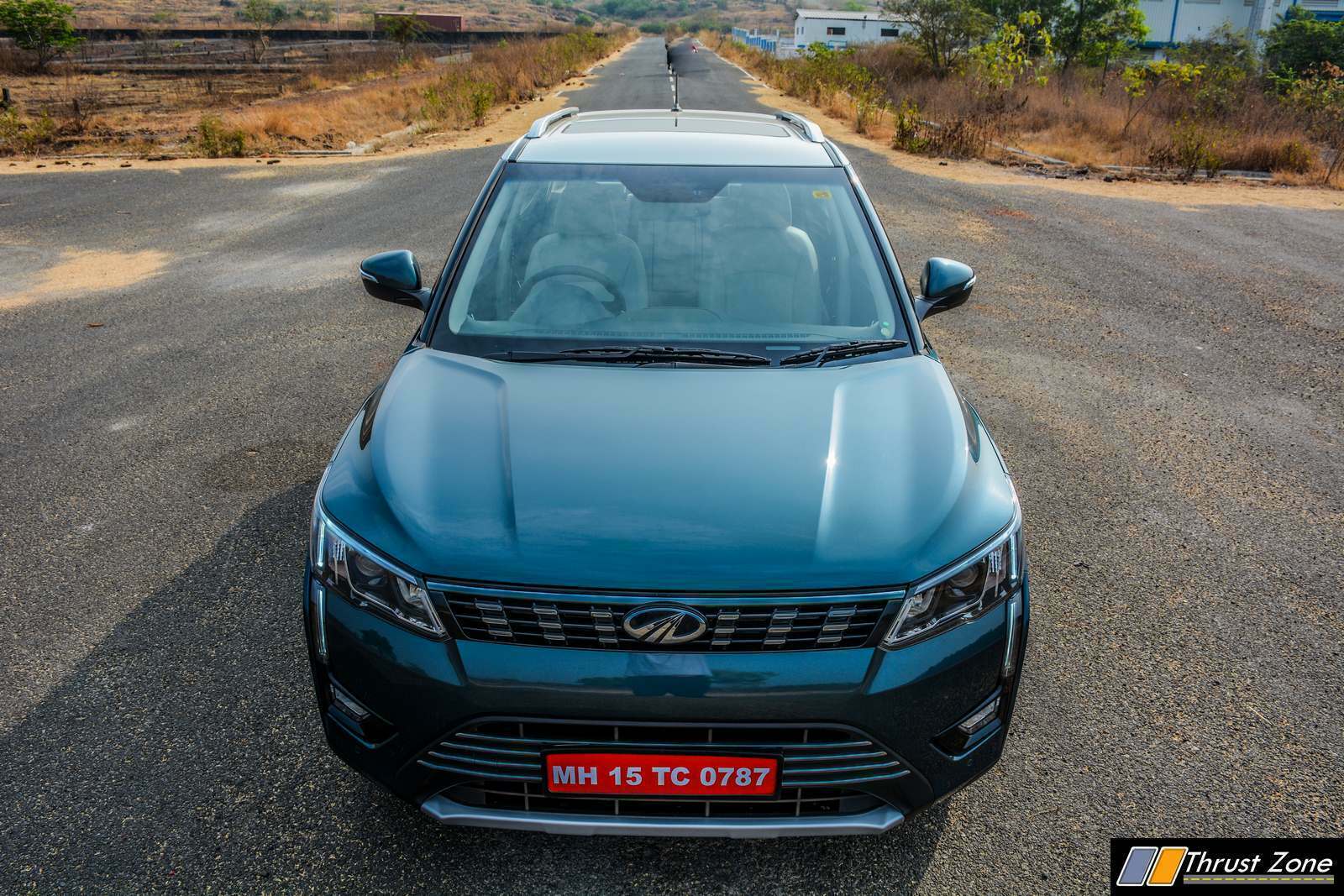 We clearly need it all these days and that is why the compact SUV segment right from 6 lakh rupees to 20 lakh rupees is the ball park we all look forward to because we don’t want to loose much on depreciation and we want acceptable and affordable Emi’s. 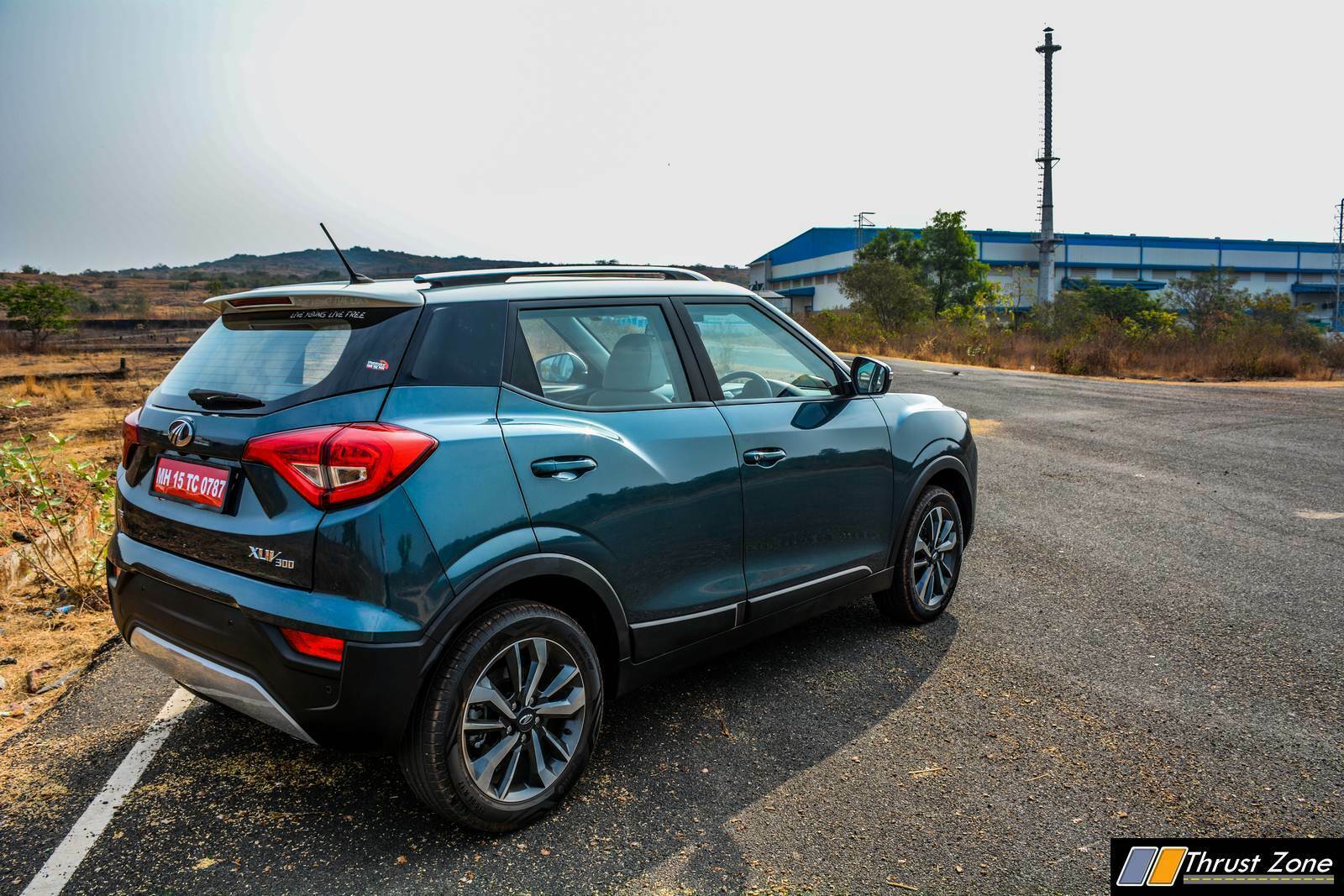 Phew! Manufacturer have so much to do and yet they come out with products. After Ford, Maruti, Tata and now Mahindra has given the segment a monocoque SUV which seems to have everything. We rode the all new XUV 300, that is what it is called in Goa to give you our first impressions from a brief drive. How is it? Does it have what it takes to keep up to its well regarded older brother? Does it deserve those initials? Let’s find out! 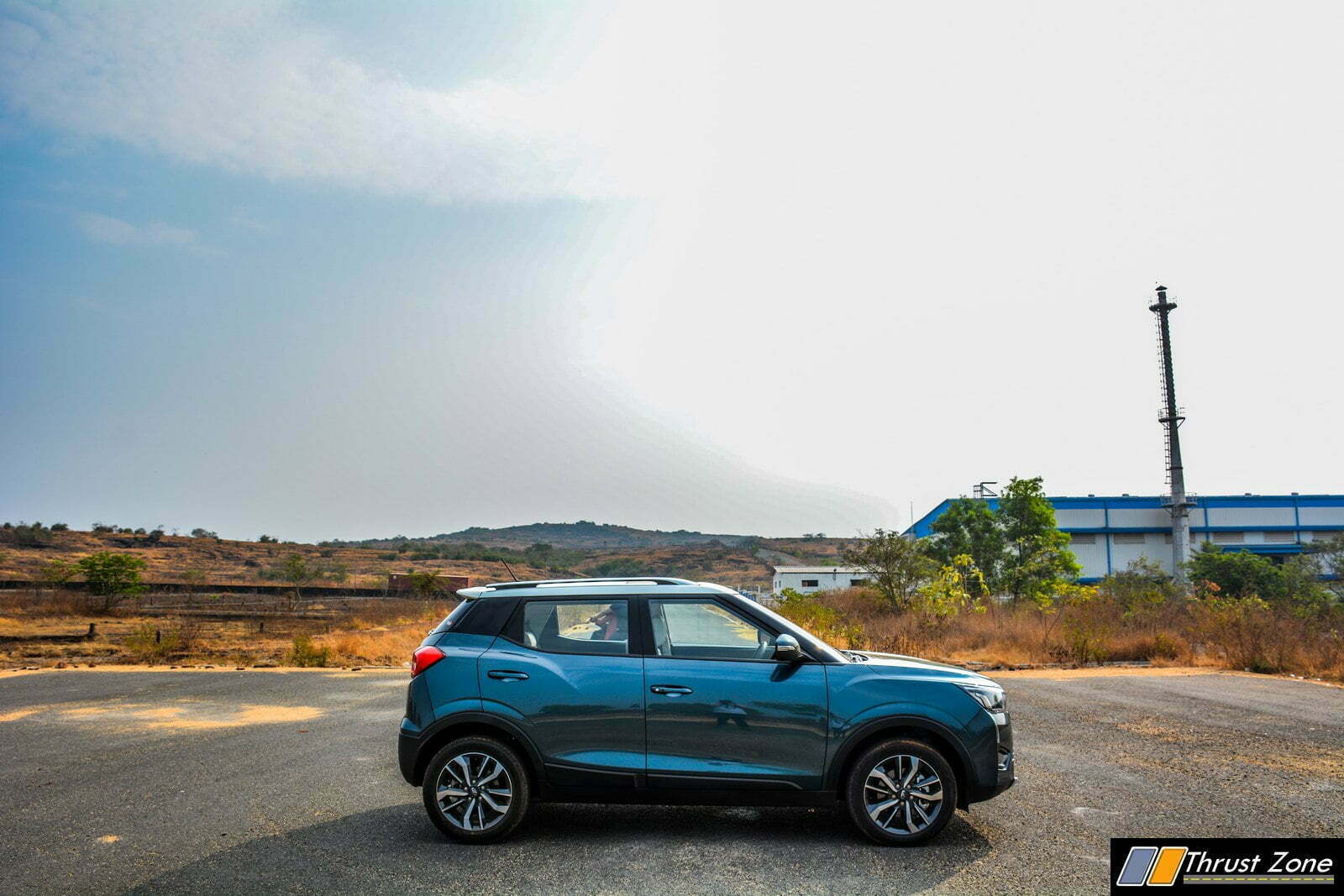 It’s long, wide and tall enough to easily pass a proper sub compact SUV. The profile is so boxy that it can be passed of as a Mini from a distance. Reason? The car gets really interesting set of tail and headlamps which help it set apart and are fully LED as well. 17-inch wheels on top variant are diamond cut and give it some serious stance and muscle. The dual tone roof, the two part bumper one which houses the grille and other the air dam makes it look right and not overly done like its older brother in the first generation. The ground clearance, the cladding running all around makes it look like an SUV which is sporty and rugged at the same time. 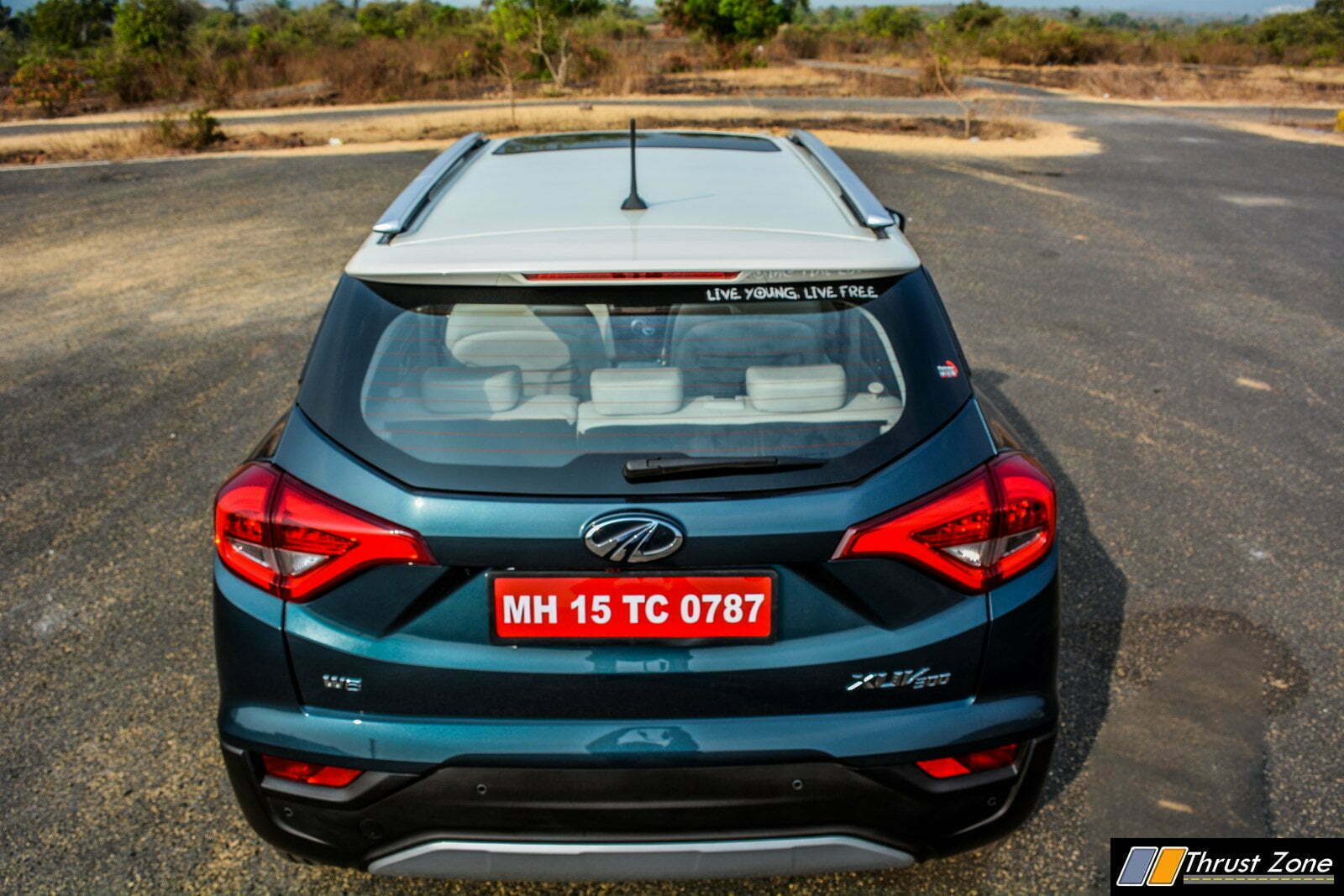 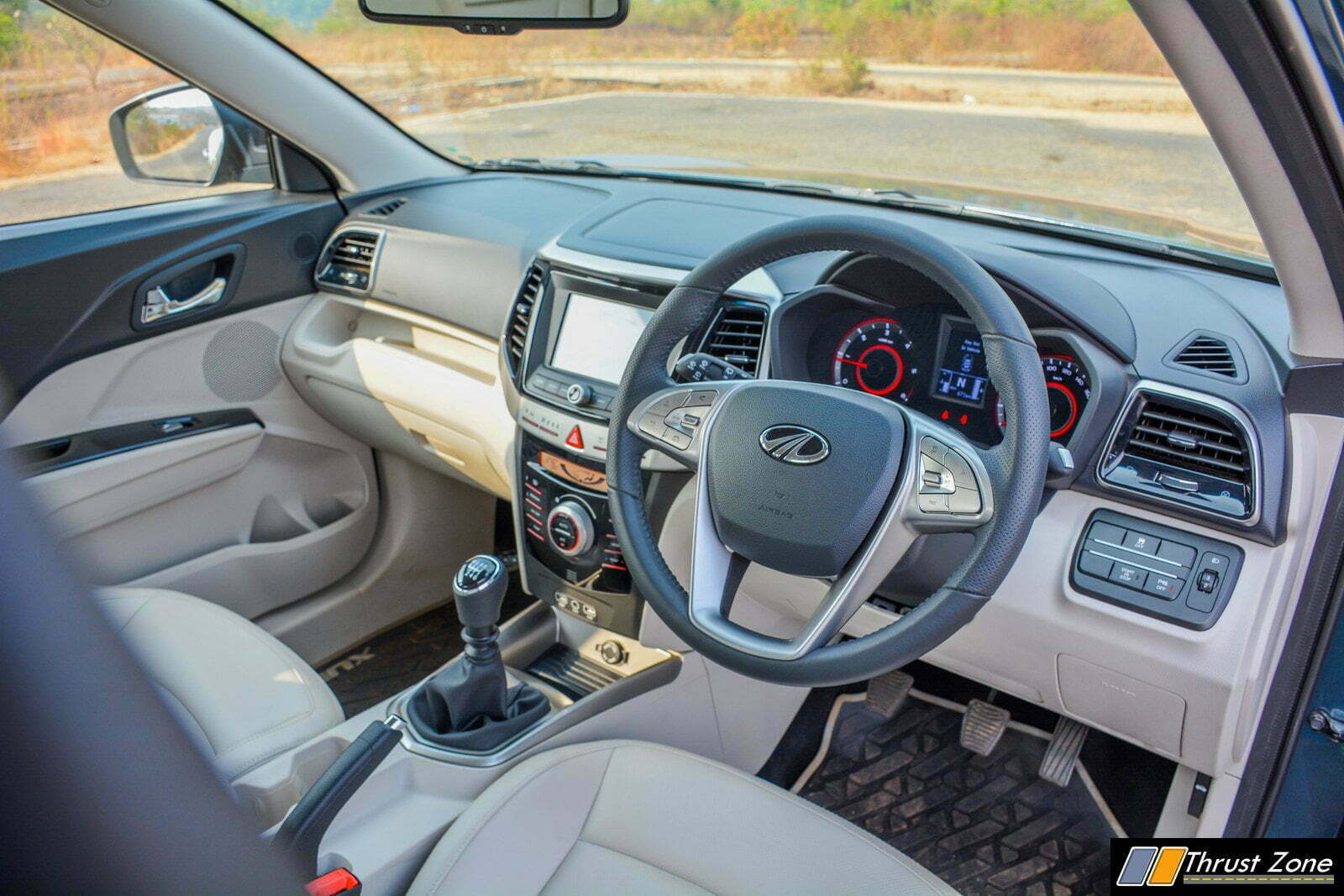 Interior plastics are good and they are above a class seen in the TUV which was the previous benchmark in small cars from Mahindra. Plastics don’t feel scratchy or cheap, every thing is built quite well on the inside too. A lot of good touches include brush aluminum finish for the switches. The touch screen is just about right in size and looks and operates very smoothly and quickly as it responds to touches really well. 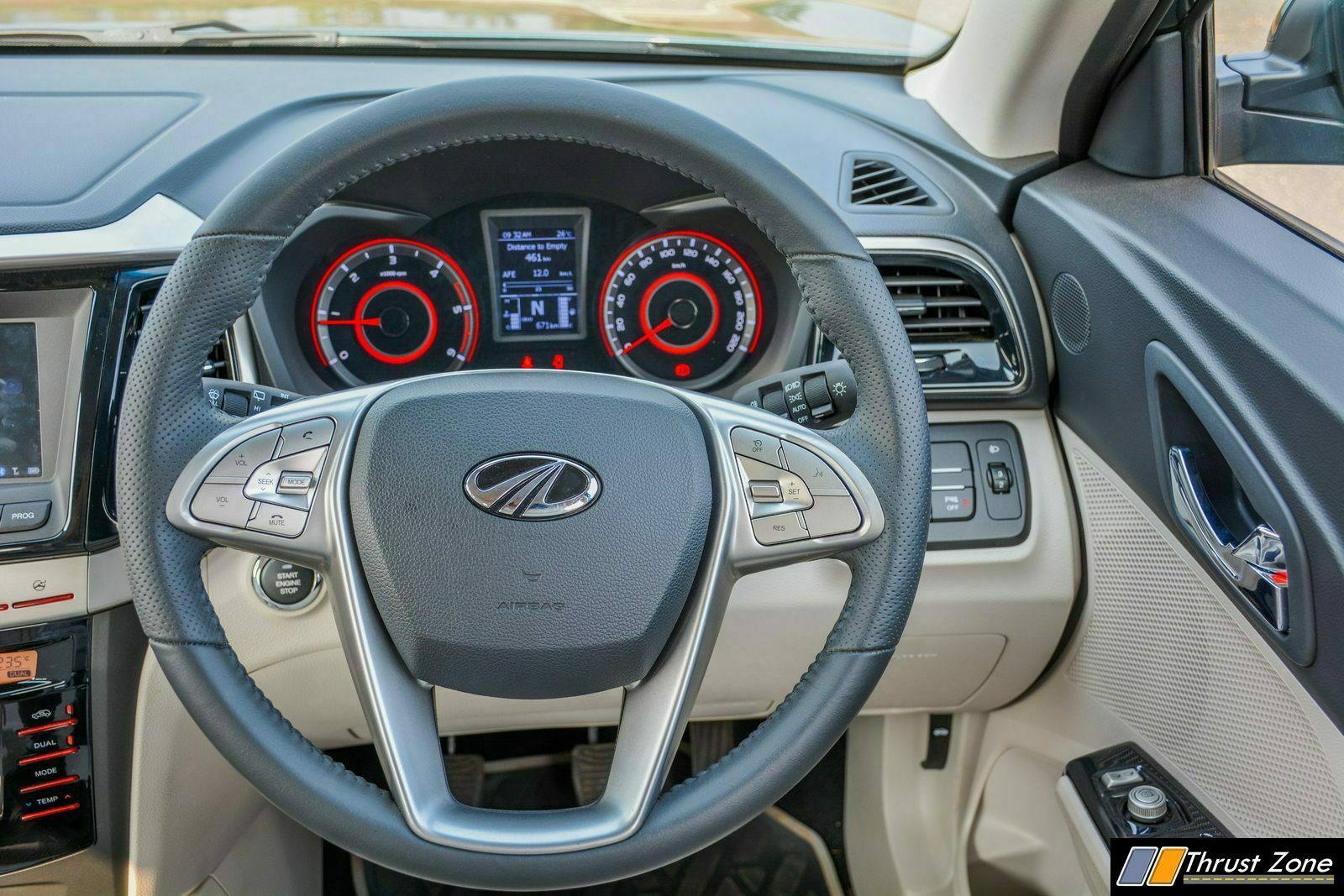 Center console with the A/C controls and buttons already looks dated and seems to be inspired from an Japanese hatchback of the past. The stalks are different than how they usually are. The space in the back though is quite as there is a lot of leg, head, knee and shoulder room on offer with this car and this is going to be a major highlight as the cabin is quite airy too. Stowage all around is excellent, cup holders in center console are extremely small and can accommodate drink cans, but not glasses, but door pockets do that job. 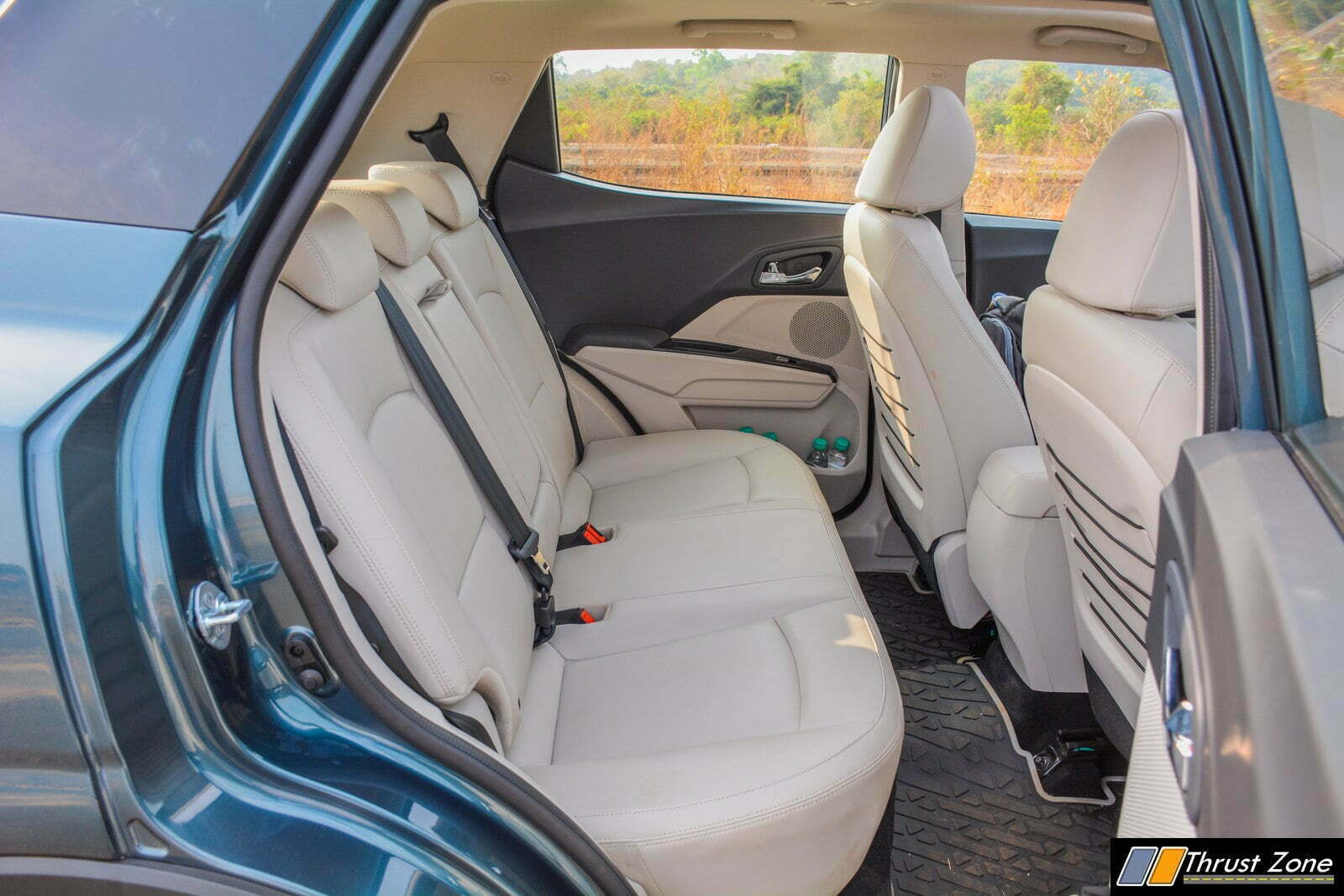 Features list is the biggest of the lot but a small margin. However, what makes it special are the neat edition of couple of things such as a sunroof, electrically adjustable steering weight options, memory function for A/C, front parking sensors, speedo and tachometer light options, reversing camera with guidelines and voice help for parking in parallel or perpendicular, heating ORVM clearly adds big brownie points. 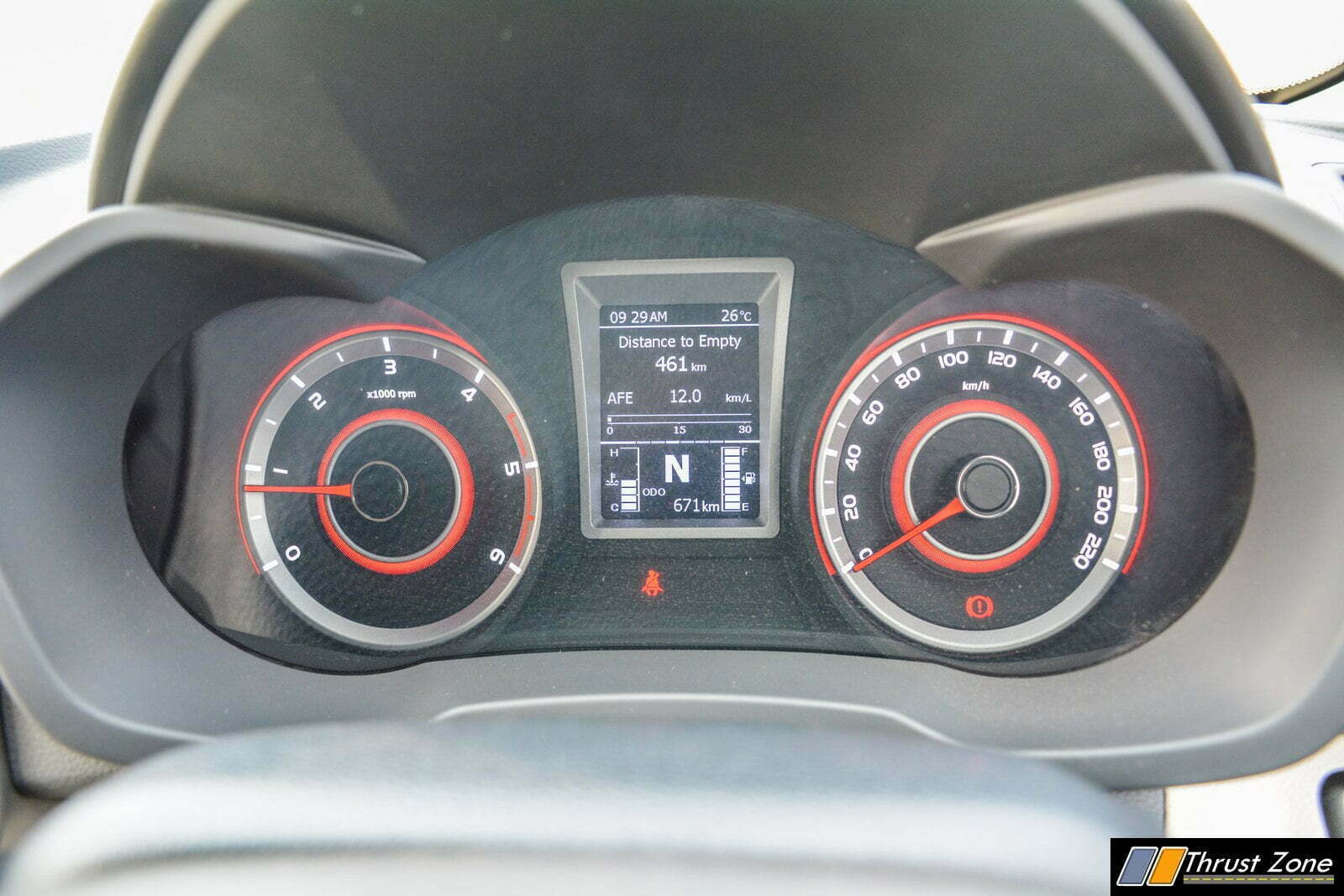 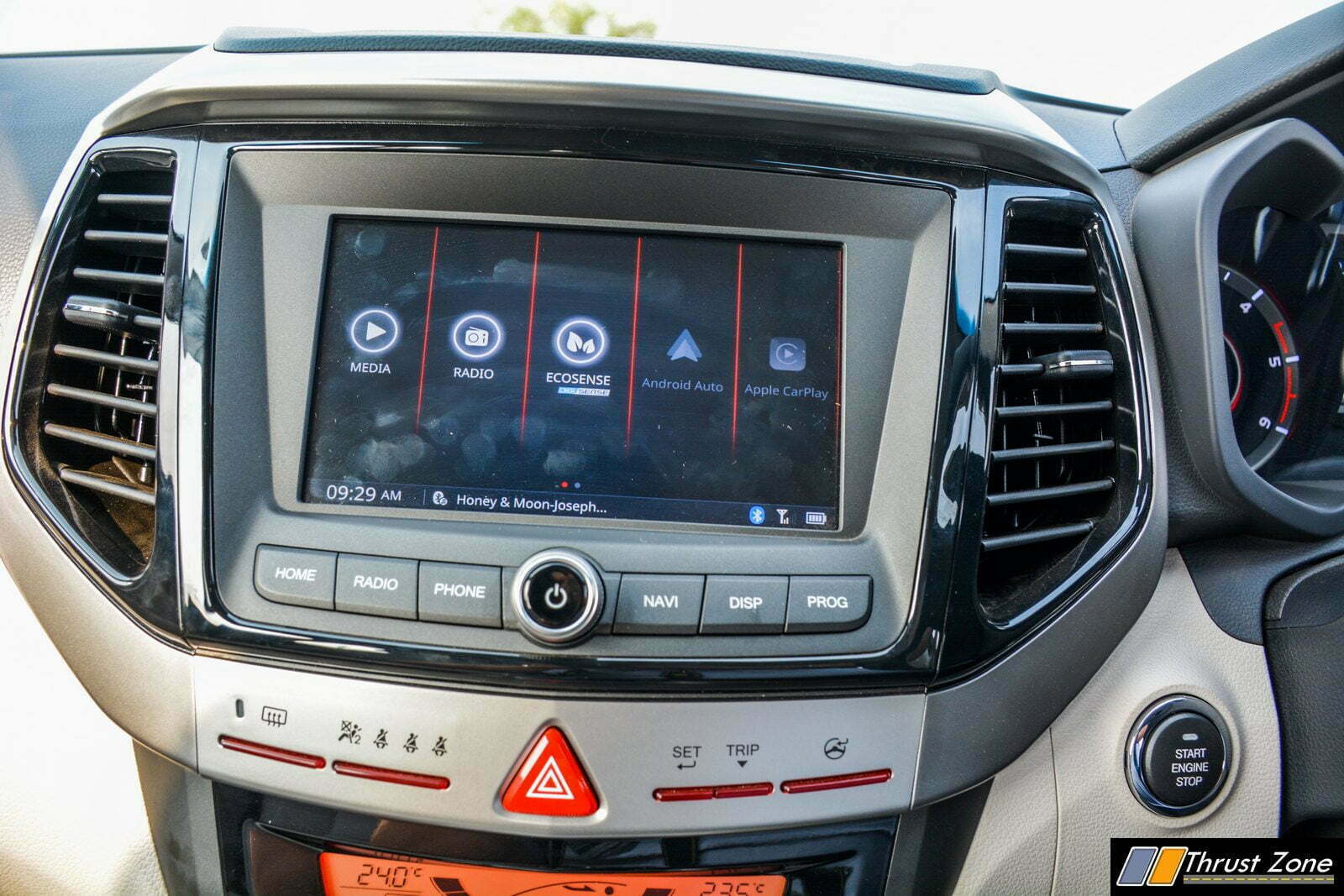 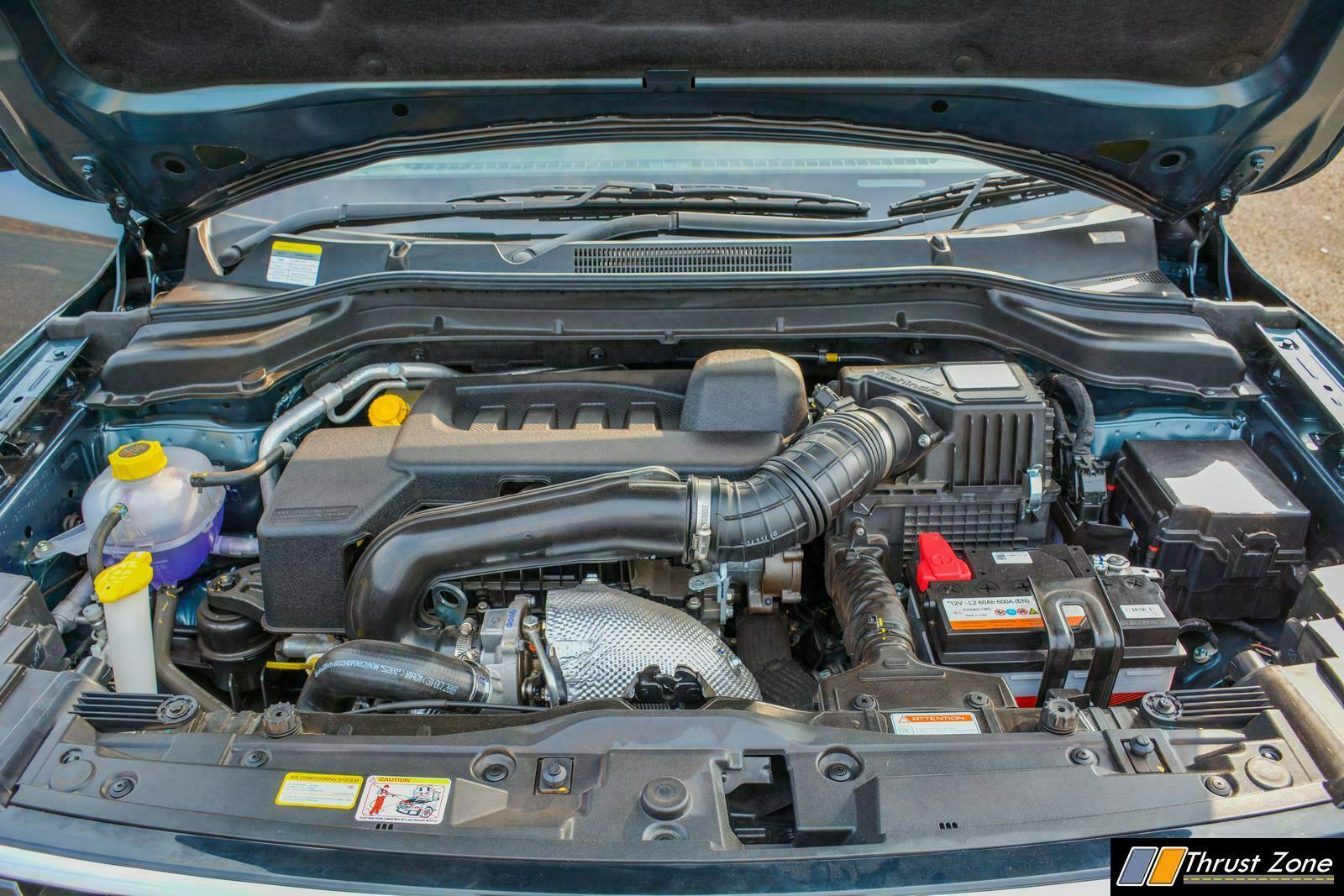 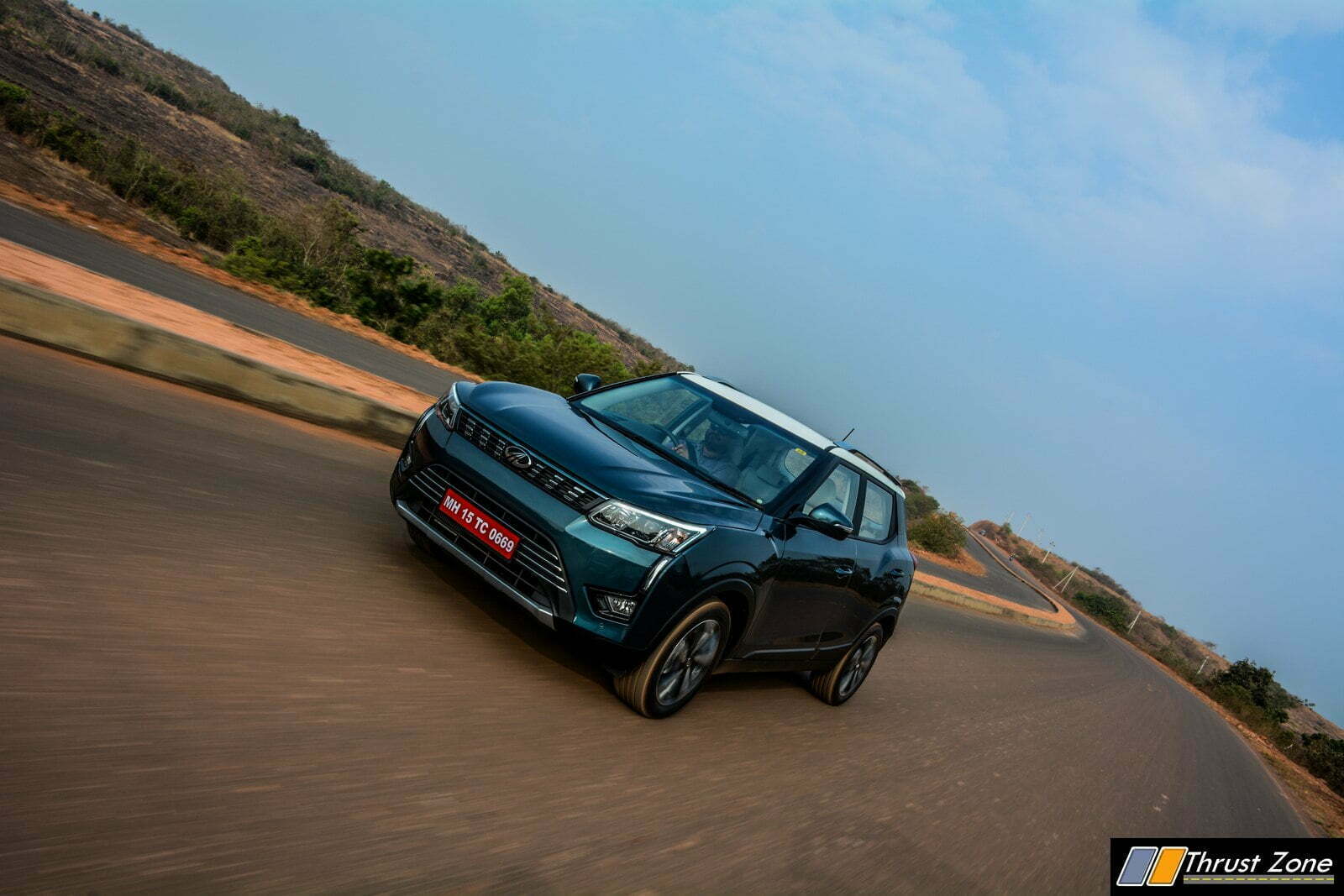 The engine for now we have tried is the segment best in terms of power and NVH diesel motor. THe 115 PS and 300 Nm of torque coming as earlier 1800 RPM means low-end torque is good enough and not tapering till 3500 RPM means there is a lot of mid-range on offer. Couple that with slightly tall gearing makes it fun to drive and delivers surplus performance all the time and should deliver impressive top-whack as well. Our drive was limited to small highways and twisty roads of Goa. The clutch is long but light and the gearbox shifts positively and offers 6-speed. 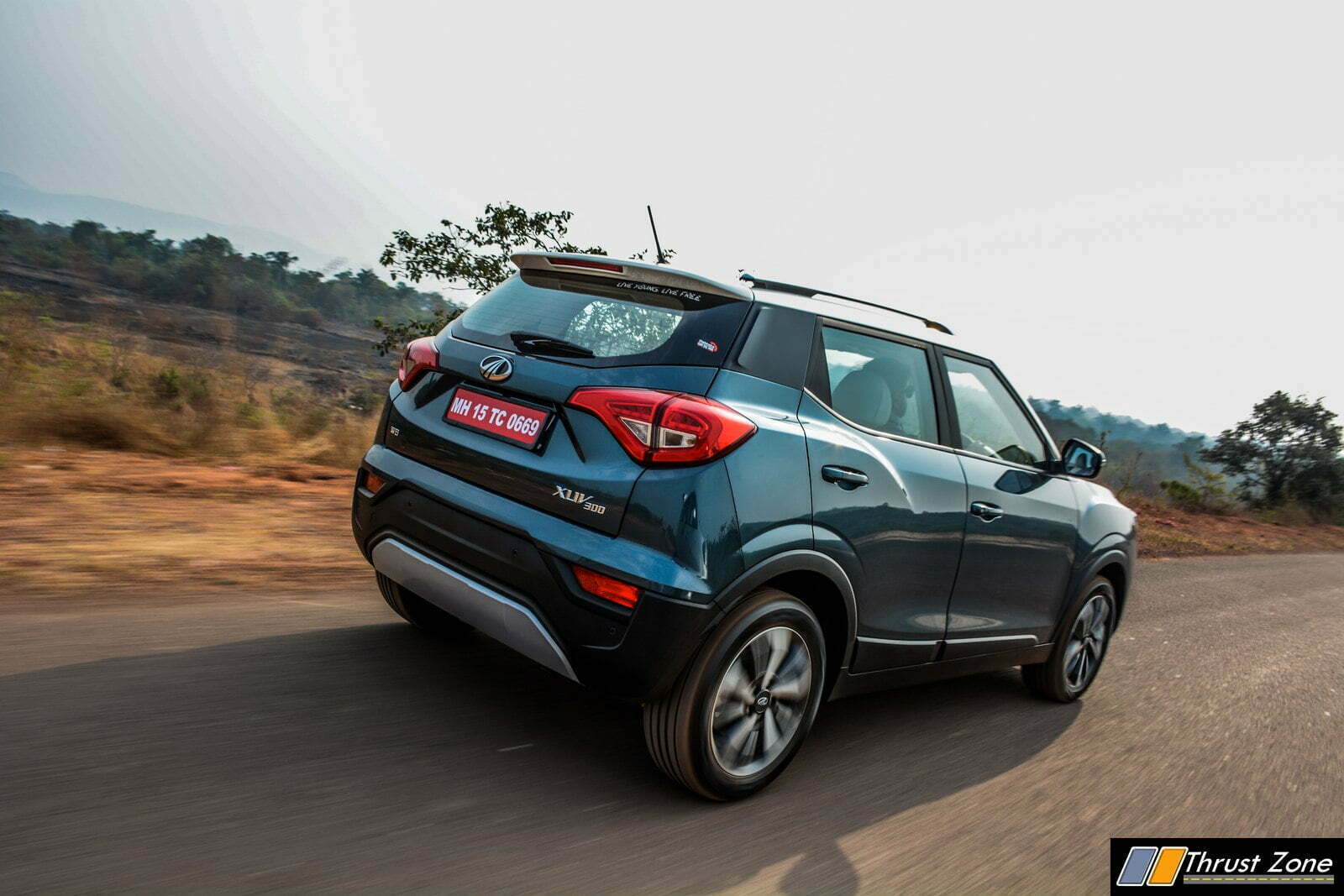 This should help it cruise on the highway easily. The motor revs cleanly all the way till redline and noise it makes is heard less in the cabin. The wind and road noise does creep in a bit at triple digit speeds. Be it acceleration or overtaking in the mid-range, the motor is spot on, peppy and a new benchmark in this segment. The XUV 300 can also deliver 20 km/l which is low than its peers but the numbers it generates is way ahead of its rivals. 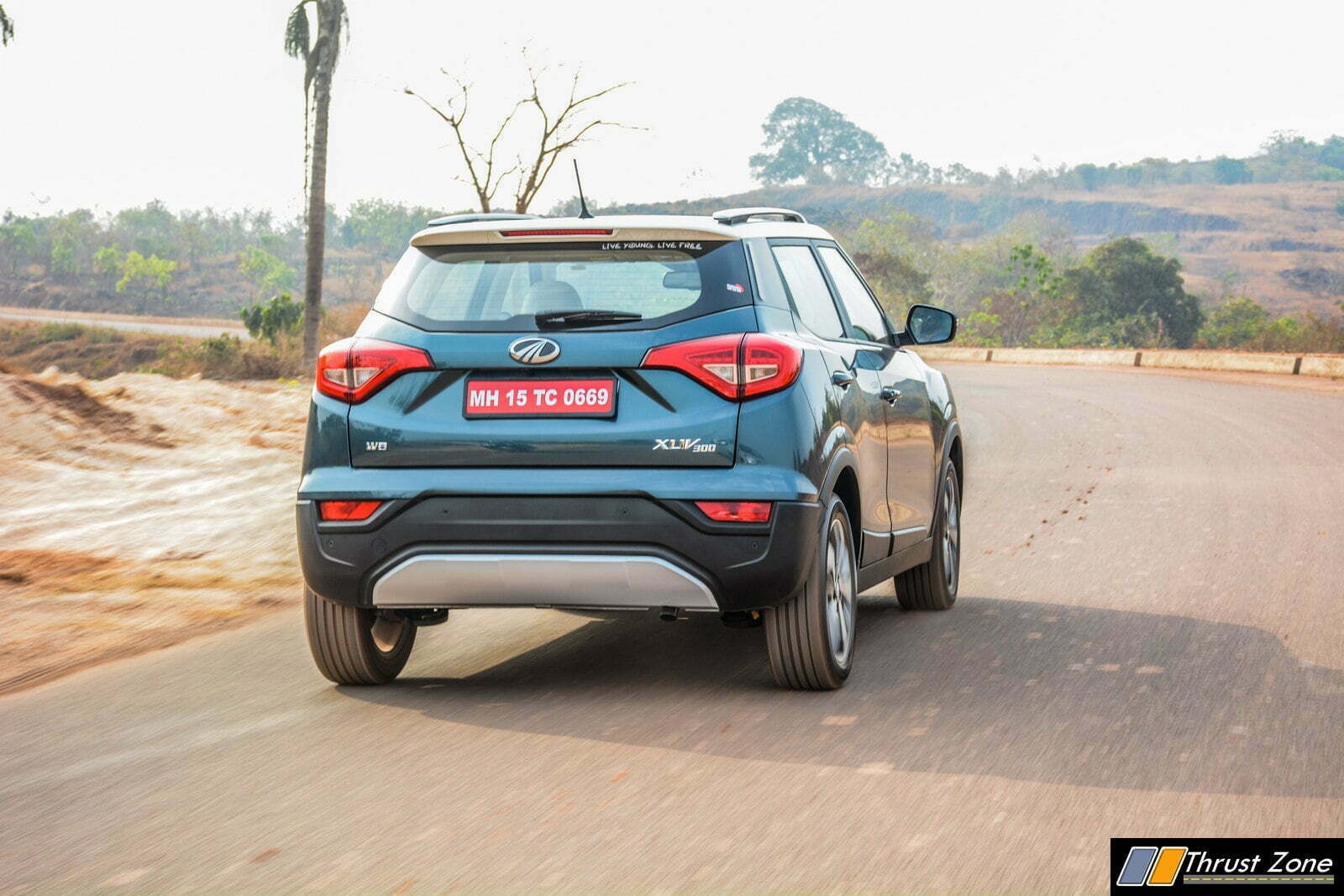 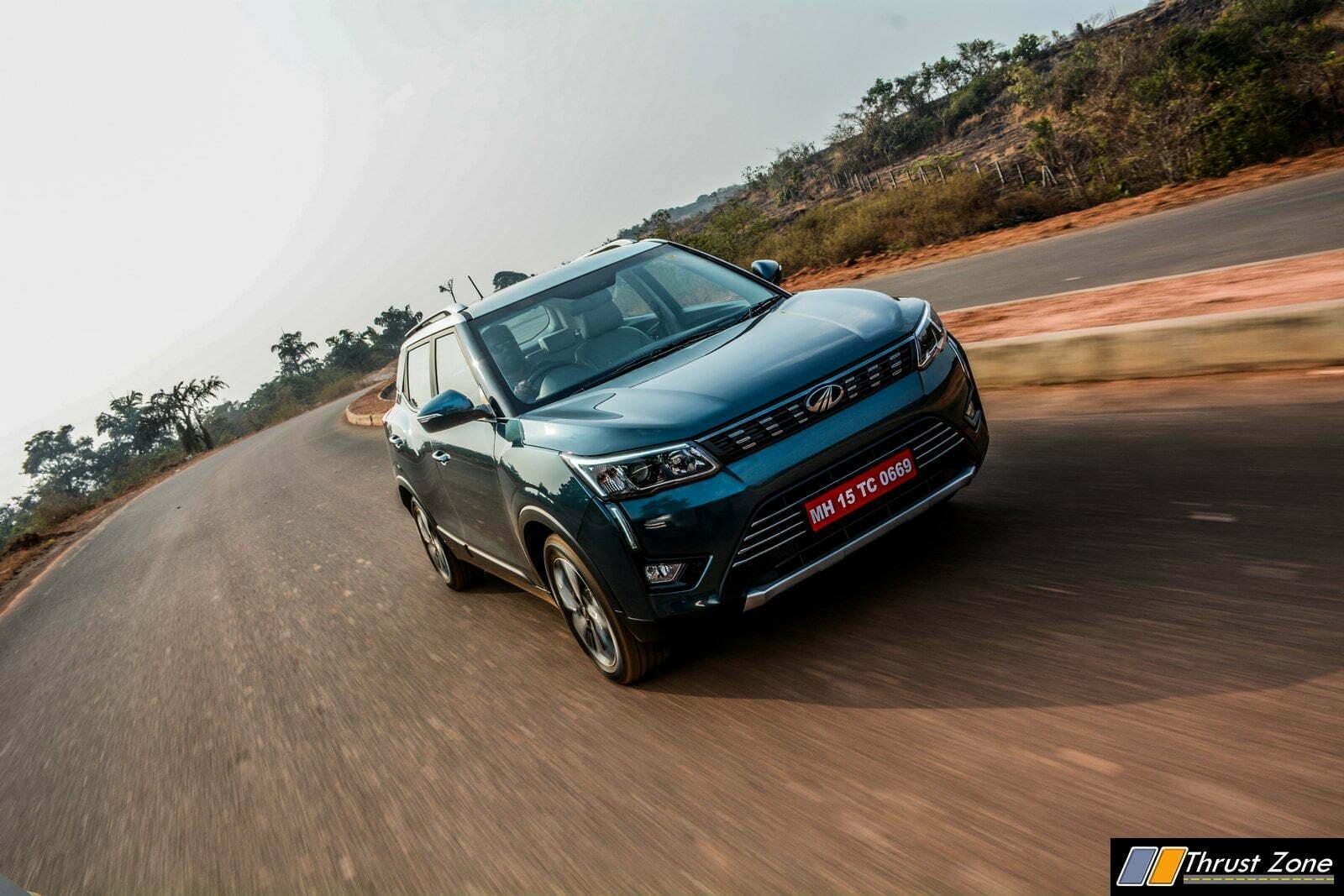 When it comes to driving, the long car, with a long wheelbase and class leading width makes it self apparent. The ride quality is properly stiff over broken roads with the 17-inch wheels, but still far away from being harsh and uncomfortable. The steering weight can be adjusted so the feedback is good and it weighs up at highway speeds. The body roll is negligible despite all those dimensions and kerb weight on offer. It is clearly, the torque and superbly tuned suspension and 17-inch wheels that hide all those large dimensions and kerb weight. 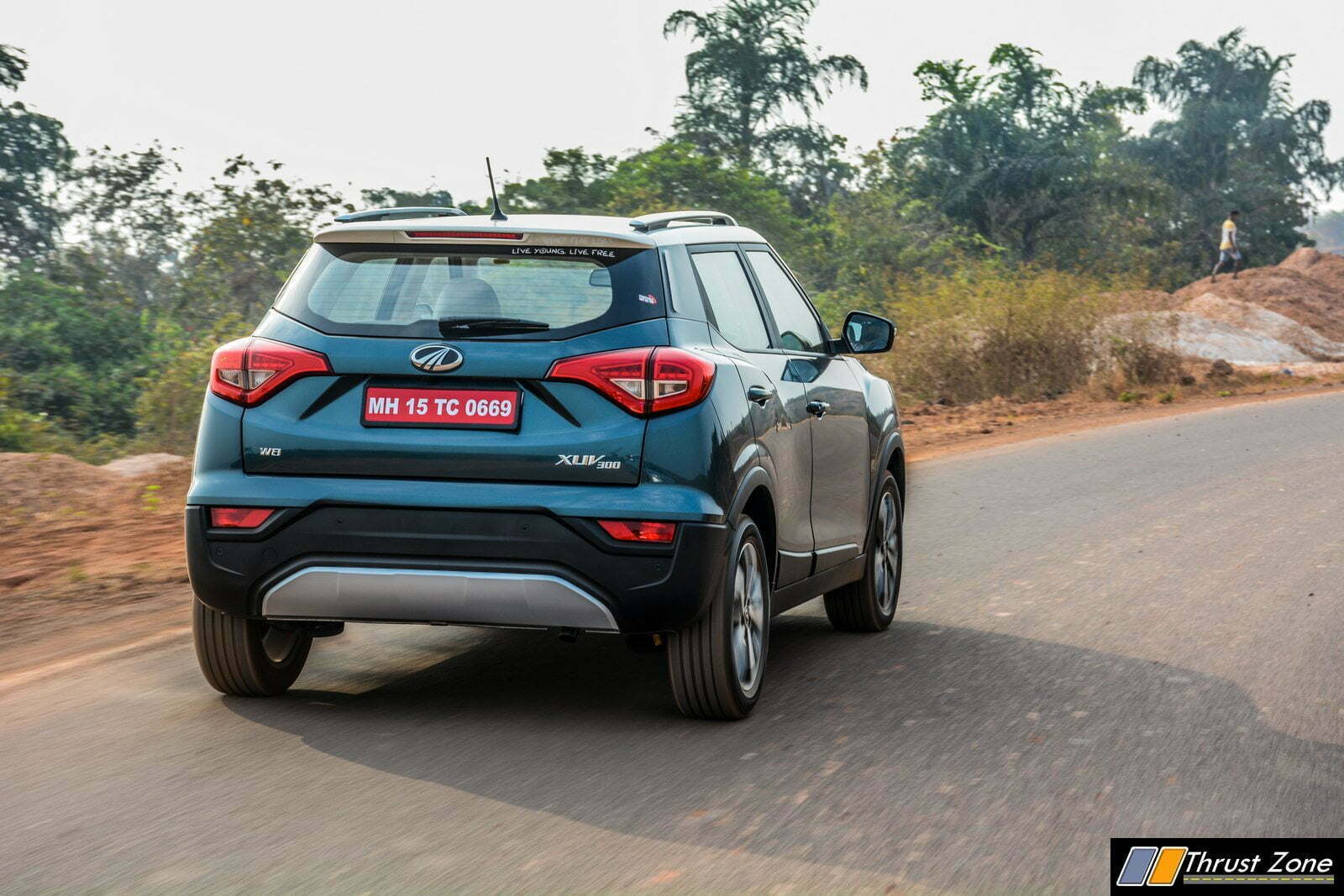 It hides it perfectly and then aces it too as the SUV is the most fun to drive in its class and comes close in its on way against all its rival which also offer really good driving dynamics. Brakes are all four disc brakes throughout the variant range makes the car control that power and torque quite easily because the pedal bite is excellent and stopping power makes the car feel like a far more sportier car than any of its rivals. 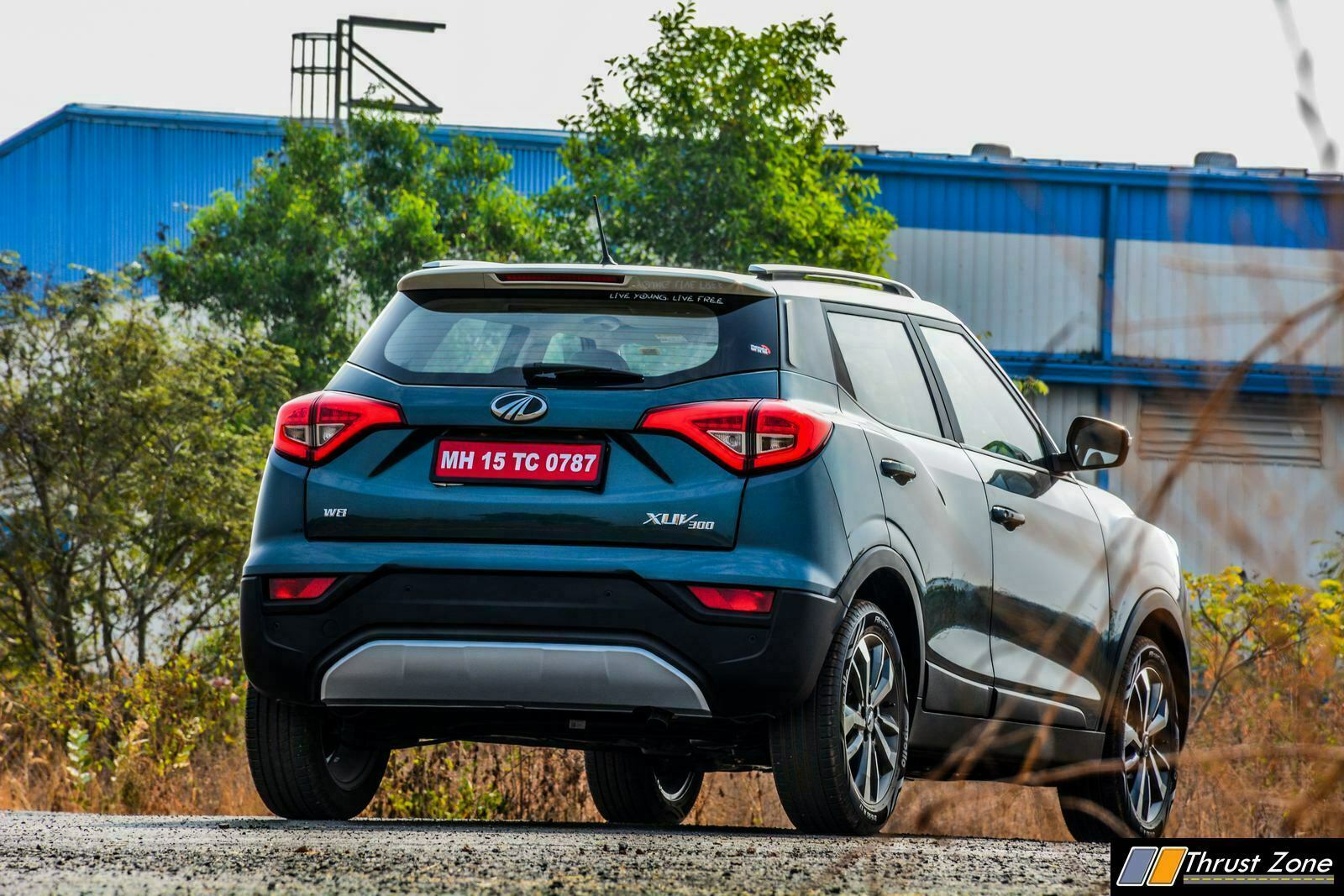 We said it earlier and we can now almost say it again. The benchmark in the segment has be stirred and shaken because the benchmark was used and has been bettered by Mahindra. Tivoli platform could be so potent and so much of a match that meets Indian customers demands so perfectly, who would have thought. The dynamics, the feature list, the design, the practicality and most importantly, the value, which isn’t out yet but promises to be really good. XUV 300 comes into a very hot segment and will create its own niche like its rivals, who have done the same. We think the XUV 300 this time will snatch away from the segment rivals and create its own niche at the same time because of its near best packaging that it offers. The wait has been long, but its been worth it. 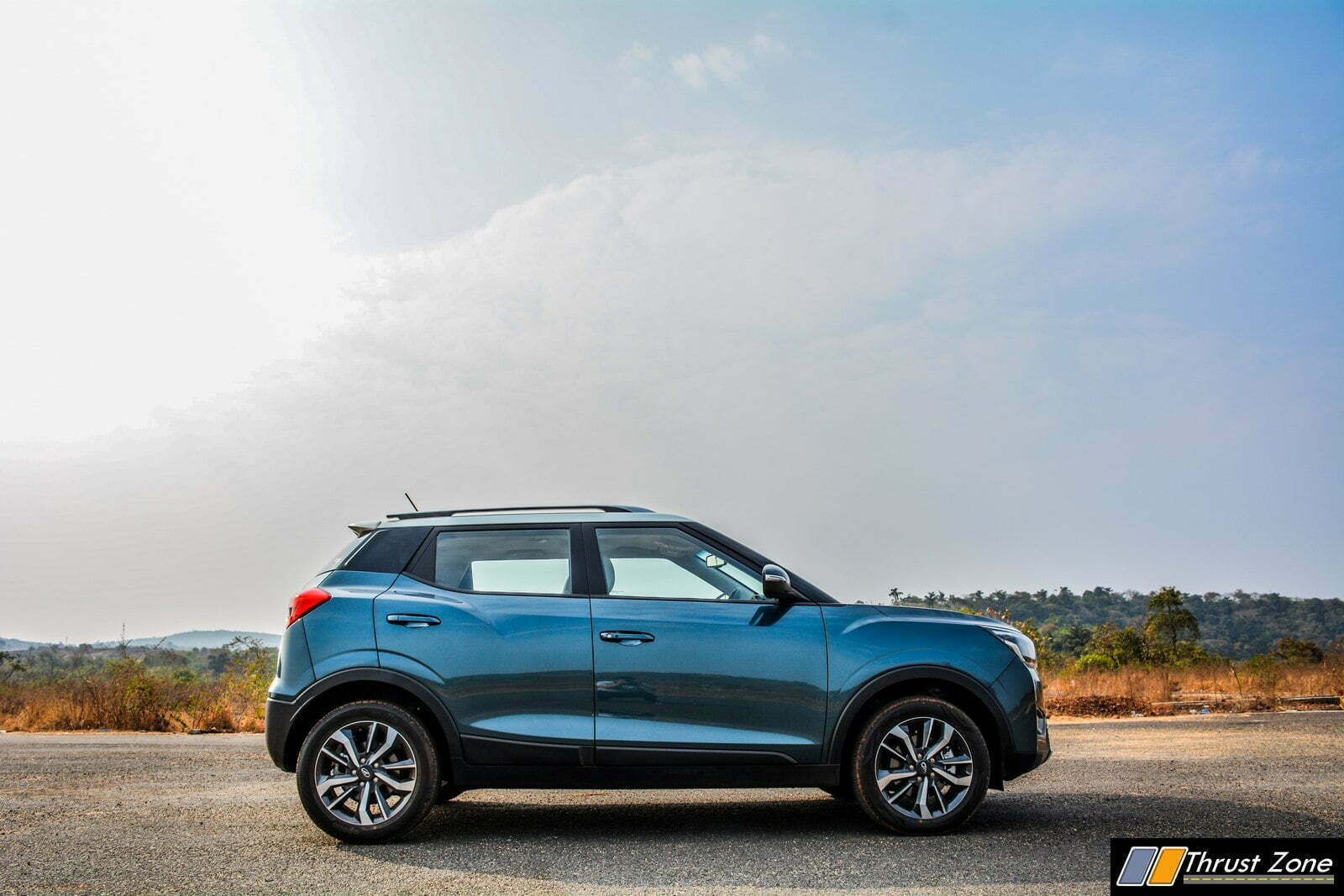