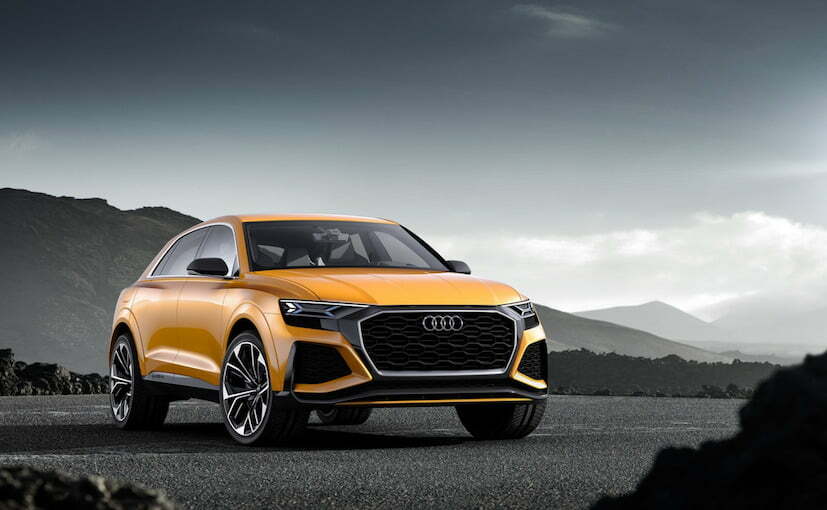 The Audi Q8 Concept broke cover at the Detroit Motor Show earlier this year. And since then, we had been drooling all over the new design philosophy the SUV is bringing to Audi’s portfolio. Now to keep our heart pulsing, the company has just unveiled the menacing Audi Q8 Sport Concept at the ongoing Geneva Motor Show. We also know that the Q8 will be the flagship Audi SUV and will be positioned above the Q7. However, with the latest Audi Q8 Sport Concept, the company seems to be signalling towards what can be expected from the sportier and madder SQ8 and RS Q8 versions of the SUV-Sports Coupe crossover. 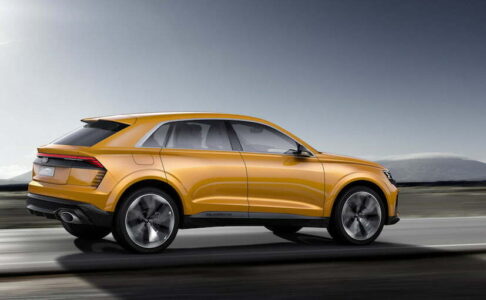 The Audi Q8 Sport Concept was unveiled in a striking Krypton Orange shade and has a much more aggressive design than the previous Q8 concept. The new concept gets a large single trapezoidal frame that has a black honeycomb mesh.  unit in the massive. Even the laser headlamps have earned new black surrounds making the Audi Q8 Sport Concept look much sportier. Going further, as compared to the standard Q8, Audi Q8 Sport Concept has a 12 mm wider wheel housings and oval exhaust outlets. Then there are other additions like those massive front bumper intakes, black ORVM casings and side sills. The other interesting bits include massive intakes on the front bumper and the black finished mirror caps and side sills on the concept SUV. 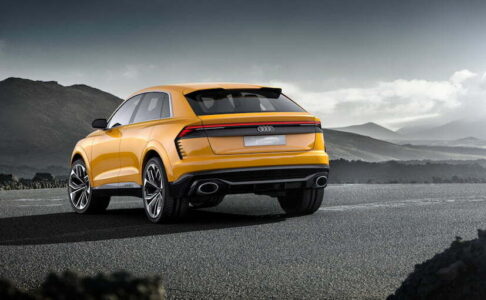 The Audi Q8 Sport Concept shows it monstrous muscles with a 3.0 TFSI six-cylinder unit mated with a mild hybrid system and an electric compressor. This means that the combined power output is at 469bhp and a staggering 700 Nm now. Such insane numbers can pull this almost 2 ton behemoth of a vehicle from 0 to 100kmph is just 4.7 seconds while the top speed will be 275kmph. However, even with these performance numbers, the inclusion of a 0.9kwh lithium-ion battery means there is an insane fuel efficiency number of nearly 100km to a liter attainable. 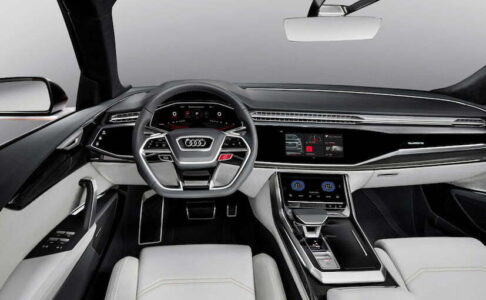 That said, the German maker says that the Audi Q8 Sport concept will have a range of around 1200 km on a single tank of fuel. Only time will tell how such of this extreme tech will finally leak into the production variant that will launch sometime in 2018. The Indian launch of the SUV will occur simultaneously with the global markets.