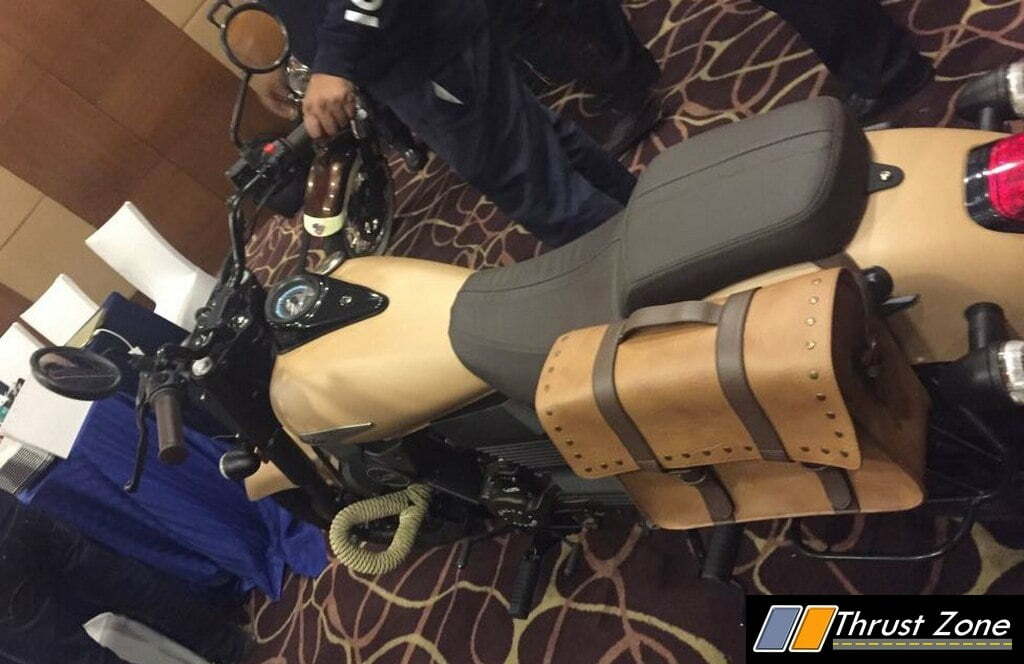 We bring you the first ever pictures of the UM Renegade Mohave, Scheduled for April-may launch in India

The American Motorcycle maker UM has had a good start to its Indian inning. It has a rapidly expanding dealer network and products that exist at a fairly decent price point. With the Renegade Sport S getting the highest traction for the brand at present, UM has decided to add another variant to its line. This new model will be called the UM Renegade Mohave and will be offered alongside the Commando and the Sport S.

At present not much is known about the UM Renegade Mohave, but we are certain that it will arrive wearing the same heart from its siblings. This means that the power will arrive from a single-cylinder SOHC twin-valve 279.5cc unit that makes a decent 20.9 Ps @ 8000 RPM of maximum power while the peak torque arrives at a pretty good 20 Nm @ 6000 RPM. The engine is known to return decent level of refinements while being a good highway companion for long clam rides. 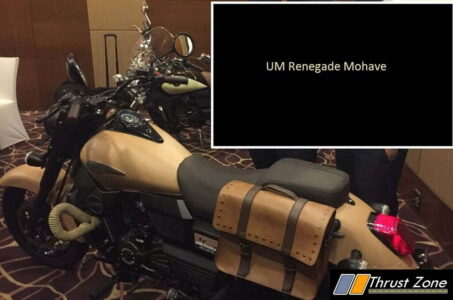 On the design front, the UM Renegade Mohave is based on the same Renegade Commando design. While the Commando asserts it presence with its cool combination of Olive green on body panels and black on suspension and headlight assembly, the Mohave as you can see in these exclusive pictures will wear a more sand dune-ish shade. This shade no doubt looks pretty decent on the Mohave and clarifies why the variant is named after the popular Desert in North America.

UM has clearly done a sound research on the tastes of Indian buyers and it shows in its offerings. With the Commando it offers the Olive Green shade that is reminiscent of the hugely popular but not available in India, Royal Enfield Battle Green shade for its Classics. Now with the UM Renegade Mohave the company is getting ready to match Royal Enfield ‘s Classic 500 Desert Storm. 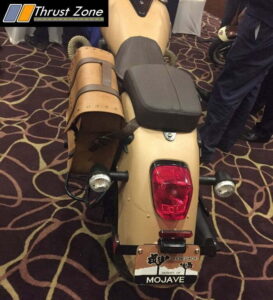 Moreover, as we can see in the pictures, the authentic looking cruisers with its low slung stance and fat bulky appearance will also arrive with a rather tasty looking Leather travel bag mounted on the left side of the bike. With the Cruiser market being considerably big in India we expect the upcoming UM Renegade Mohave scheduled to launch in April-May 2017 will arrive just at the right time for the ride season. Also, our sources are stating that the bike will be priced aggressively and should mean it will hover around the Renegade Commando price of Rs. 1.64 Lakhs. Stay tuned for more updates on the same.

First Ever Royal Enfield Advert Goes Viral and The Nostalgia is INTENSE!