Realistic Crash Test Dummies to be manufactured in America and it means chubby and old! 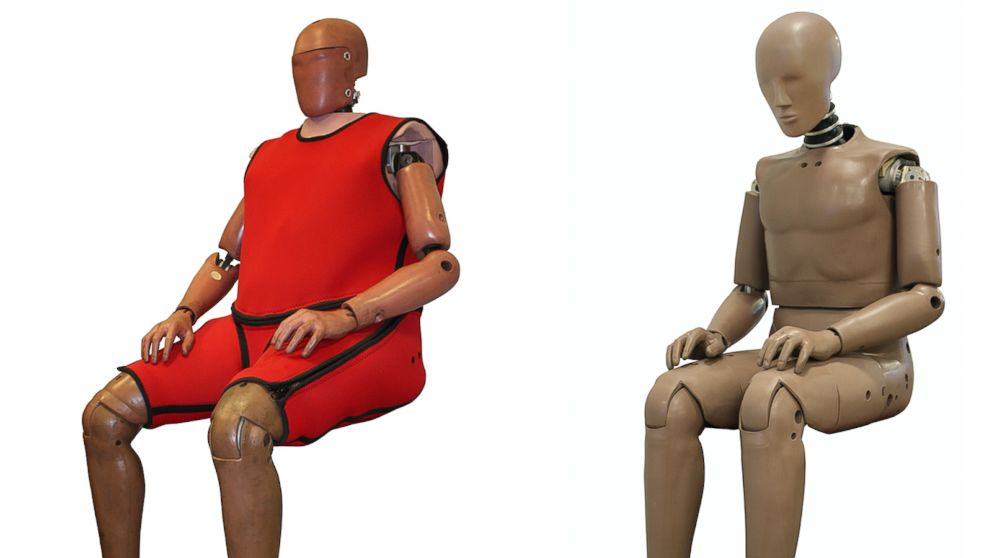 To generate the best results in crash tests, it is necessary to make the dummies look like the real people. On surveying the American drivers and patients, this ‘real’ has got its definition i.e. older and fat. Research engineers from Humanetics have gathered data for measuring auto accidents and injuries more accurately. This crash-test dummy manufacturing company, based in Plymouth, along with trauma surgeon Stewart Wang from the University of Michigan is trying to create new dummies which are heavy when weighed in pounds and have the strength as aged human bodies.

The two dummies created by this team, with the help of ICAM are:
•A 273-pound dummy, which is more than 100 pounds a normal dummy
•A dummy possessing the properties of an overweight lady with the age 70 years

According to Dr. Wang, the crash tests should consider the typical people if we want to measure the actual impact of injuries. And, the typical patients are obese or fat if we talk about the current scenario. 6,000 computerized scans, representing the average data as per national database, are used for the 3-D printing of the dummy prototypes.

Different body types have different responses to the injuries, as Wang says. For example, if a driver is obese then the impact of the frontal crash can be slipping underneath the lap belt. The chances of severe lower-extremity injuries in such people are twice as frequent as in normal bodies. It is estimated that $2 billion to $4 billion is being spent on medical bills by the over-weight drivers only.

It is because they face issues related to recuperating bones and tissue, causing the steep expenses. In the case of old patients, the chances of chest injuries are 15 times more than the young patients as the chest shape changes with the age. The crash test dummies, imitating such people, have got the redesigned chest, curved spine and the weight distribution characterizing downwards shift. It is deduced that victims’ advanced age causes chest wall injuries.

Chris O’Connor, the president and chief executive officer at Humanetics, concludes that changing demographics and the people driving in their 80s should also be taken into consideration as they are the actual consumers too. By mimicking them and creating test equipment to ensure their safety, we will be able to serve the world better. Seems truthful, no?