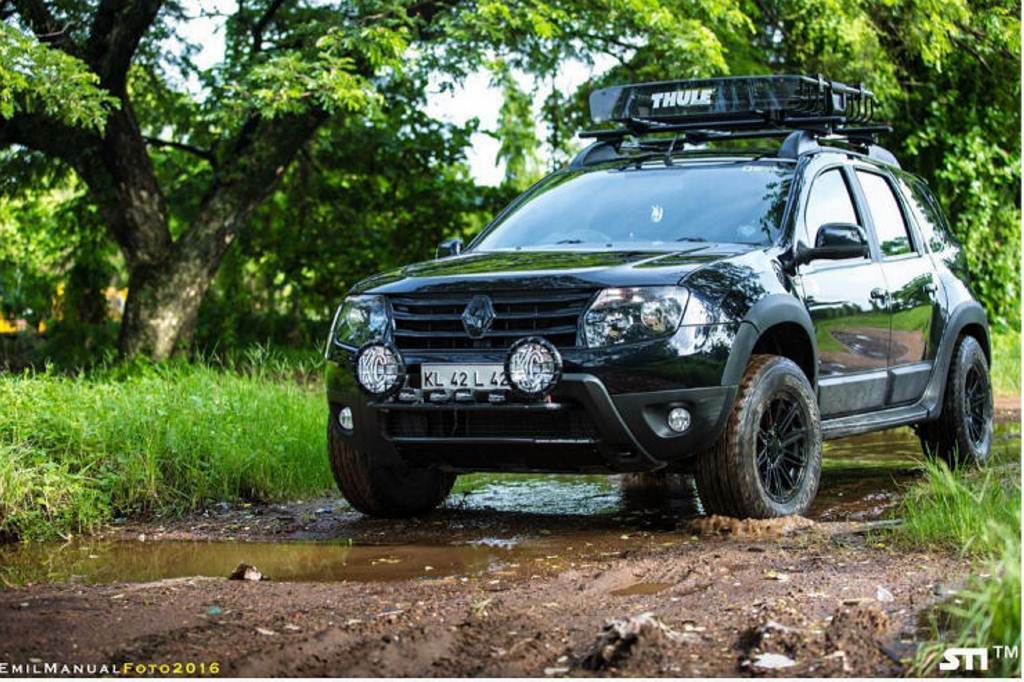 Renault Duster Tuned by Kochi based Wolf Performance Tuning looks good. The torque numbers are sensational as well as if the 140 PS isn’t enough!

Tuning cars in South India is a hobby that kids learn as soon they learn to read about cars. Forget when they learn to drive cars. A trip to South India on the weekends will make your realize the same. The large open highways they have, deserve a car that is fast, quick and can remain poise at those speeds for hours. Detroit Of India, a name given to city, lives up to the hype.

So it is often that potential cars which have great dynamics or great engines get tuned massively and can smoke cars a segment above them on these highways. They can easily run neck and neck too. For example, the Duster that you see here makes 140 PS! The car run along withe Volkswagen Jetta if it wants to. 315 Nm of torque is just as much as the VW as well. VW emits more *ahem* smoke, but who cares, right?

This car is owned by Emil Manual Aruja. This particular Duster ends up producing 27% more power than stock, and torque is 30% more than stock. The Duster’s standard 1.5-litre K9K diesel standard engine is good enough for 110 PS and 245 Nm of torque. However, it isn’t a sleeper that you won’t recognize. You will feel something fishy in your big car if you see this behind in your rear view mirror.

Visual upgrades to the Duster is a handful. All of this includes a set of 15-inch wheels wrapped by all-terrain tires. At the front you have large fog lamps aka auxiliary lamps. A humongous roof carrier, a LED light strip. Most of the parts are blackened out and there is a hint of chrome. Overall body paint is also gloss black and the car looks very purposeful indeed. Performance should be quite good over stock and with off-road equipment on board and this could be the AWD version, this can be huge smile bringer when it comes to off-road or with those numbers it can rally like a pro too!