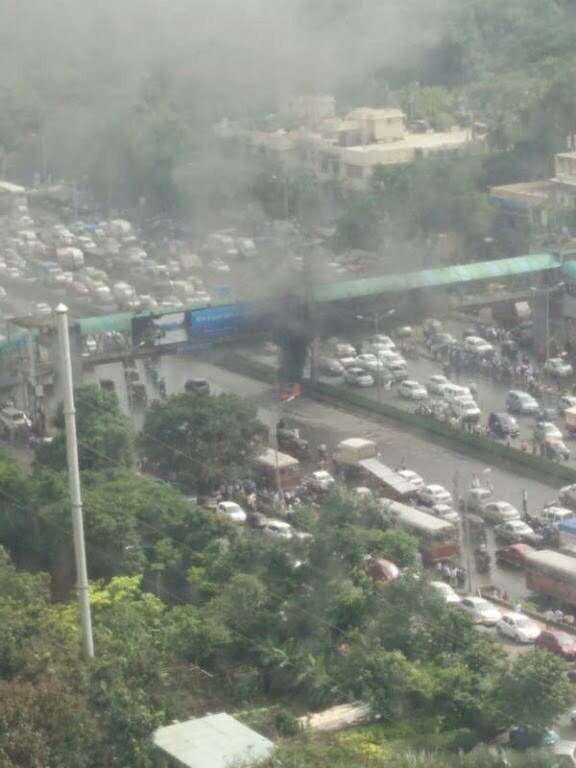 Renault Kwid 1.0 Litre continues to get just one airbag and ABS as standard. A brand new Datsun RediGO catches fire in Mumbai raising a lot of questions

Everyone had high hopes with the Renault 1.0 Litre Kwid when it comes every single aspect. The performance was suppose to get even better, the appeal was to get higher and it would appeal to the urban market even more with more of everything on board. However, Renault has just full filled on certain aspects itself. Renault Kwid is just few days away from launch and Renault itself has let out some information already. Kwid isn’t getting a single change when it comes to aesthetics and engine is getting 68 PS and 91 Nm. The figures along with kerb weight which has gone by just by few kgs makes it the best power to weight ratio car in its segment.

However, the second important thing was the lack of safety with smaller engine. Something that isn’t happening despite the fiasco levels of concern with Global NCAP and Renault that happened. Kwid continues to get driver side airbag on top-end variant. No dual airbags no ABS along with EBD as standard on all variants despite everything that happened, isn’t proceeding. There were high hopes this time for the same.

However, we guess Renault wants to milk the idea till 2018 or 2019 when it becomes 100% compulsory. A time when it can roll out a facelift for the same car. Kwid as we know is donor car for the Datsun RediGo which gets the same engine and pretty much everything from its donor car. Apparently, the car has been caught on camera when it bursts into flames today.

The car has red plates and could be coming from a stockyard and caught it ended up catching fire in the middle of road on Mumbai’s busiest highway, the Western Express Highway, aka NH8. A new car catching fire, a car that has been relied on to take the high expectations of Datsun in India because the Go twins did not do well enough in the private car market. This is not the first time the Kwid 800cc engine has caught fire as well. Pictures say that the Renault Kwid engine has also caught fire couple of times in last few months. Stay tuned as we will get to know more on the same over the coming days.

Read this too: More and detailed analysis of the Kwid One Litre Engine, Here!