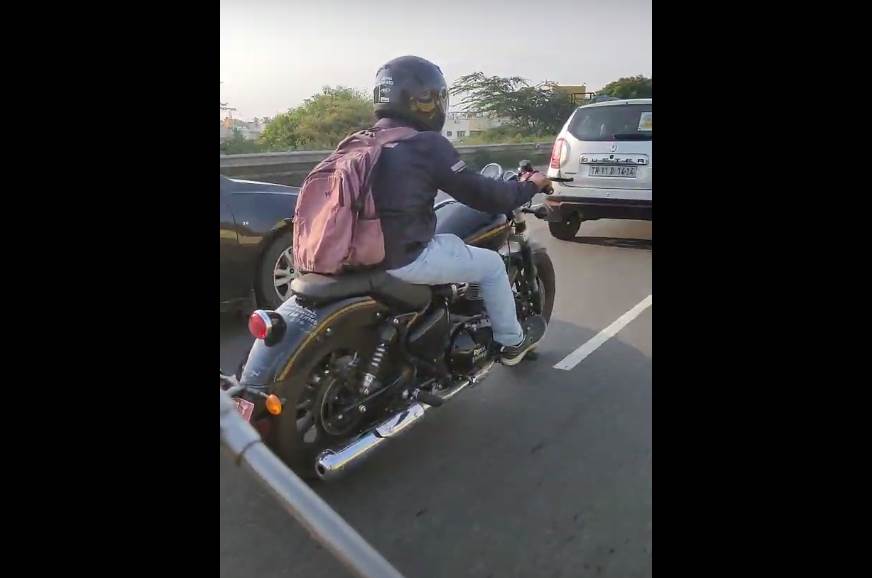 The Royal Enfield KX Bobber Concept was unveiled at the 2018 EICMA Motorcycle Show. The 834 cc on-off prototype did drop many jaws with its styling and the larger Royal Enfield heart. However, the company had said at the time that there were no immediate plans to put the KX concept into production but could be given the green light in the future. That seems to have changed now as images of the KX Bobber prototype while testing has surfaced on the internet and the camouflaged test mule shows the fine lines from the concept version making it to the real world.

There’s a good chance that the Royal Enfield KX Bobber will be the new flagship in the company’s line-up and will borrow its powertrain from the 650 twins. However, the test mule points at some special changes including the USD front forks, a first for an RE motorcycle and a new low-slung design with forward-set footpegs. The test mule comes with a sleek fuel tank, low-set handlebar, and a circular headlamp. The bike also appears to get alloy wheels and retro-styled fenders, all of which get a dark green paint scheme with golden pinstripes. The KX Bobber test mule also comes with conventional twin shock absorbers. 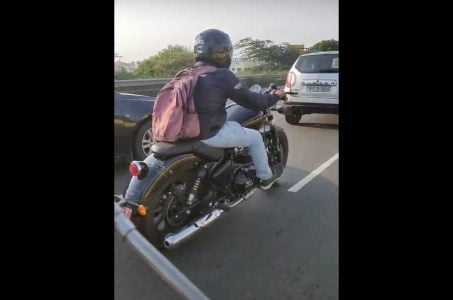 An interesting bit will be the engine on the bobber-styled motorcycle. Reports suggest that Royal Enfield will use the 650 cc twin-cylinder motor from the Interceptor 650. The performance figures could be identical to the INT 650 while offering a completely different style and character. At present, the Jawa Perak is the only factory-built bobber on sale and shares its underpinnings with the Jawa and the Jawa Forty Two while using a bored-out 334 cc single-cylinder engine.

There’s no clarity on the launch timeline for the Royal Enfield KX Bobber making it to production. The company is gearing up to introduce the Royal Enfield Meteor 350 in September this year, which has been much delayed due to the pandemic. The motorcycle replaces the Thunderbird in RE’s line-up and could be followed by the Hunter that is expected to sit at the lower end of the product portfolio. 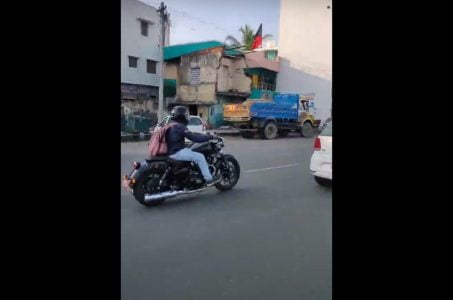 The Royal Enfield KX could arrive sometime in 2021, if plans aren’t delayed by COVID-19. With rumours about Harley-Davidson downsizing operations on India, the Indian cruiser maker will have more room to spread and grow its base. Globally too, the brand is gaining traction and will find a newer customer base that wants a lifestyle motorcycle that is powerful enough for the highway and cheap to run.