Slipper Clutch In A KTM 390, (Duke and RC) – Installation Showcased on Video 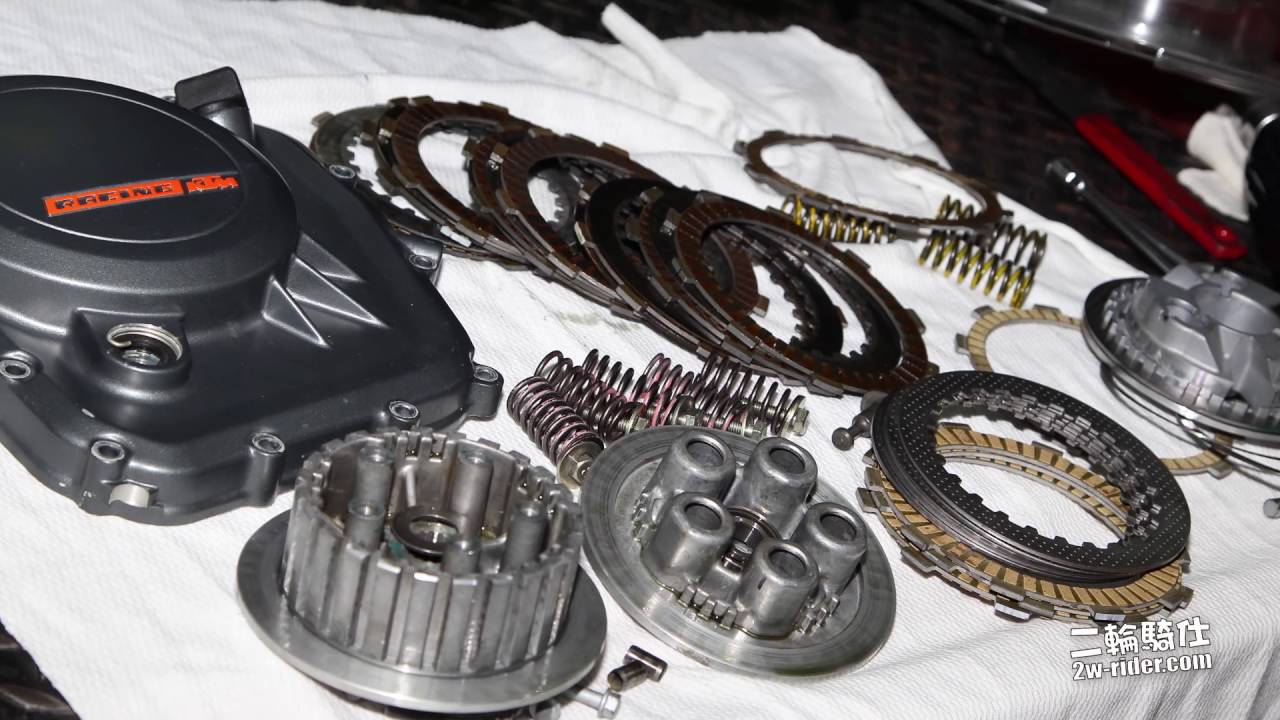 But firstly what is a slipper clutch?

To put it simply, a slipper clutch prevents the rear wheel from locking under hard downshifts. Imagine you are cruising in 6th gear and suddenly you find the need to downshift and slow down. In a non-slipper unit, you need to match the engine revs to prevent locking but, in a slipper unit, the clutch does it for you. It disconnects the rear wheel from the engine and connects it back once their rotating speeds are the same.

For installing the slipper clutch all you need is to replace the old unit with the new clutch assembly. Though this may sound simple, it requires a professional. The clutch assembly has to be removed including the plates. Before doing so, the engine oil is completely drained. New oil is poured in after installation of the new clutch unit. Firstly after removing the old clutch, the slipper unit is disassembled.

The plates are separated. After installing the bottom half of the new clutch, the plates are placed inside the housing one by one. Once that is done, the springs and the bolts are put into place. The thing to remember is that not to tighten any particular spring completely, but gradually tightening them one by one. After that is done, install the gasket between the clutch cover and the engine and apply sealant. Finish it off by putting back the clutch cover and the clutch cable. The price will vary in certain cities but people who have done it say it does happen well under Rs. 7,000 including labour and parts.