Yamaha Superbikes at Auto Expo 2018 Showcase Finally Its Commitment In The Premium Market as it also launched the R15 V.30 and R3 back to back 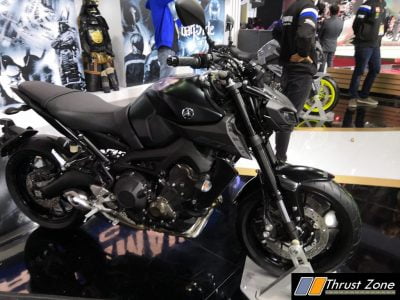 The 09 received a thorough overhaul in 2017. The update boasts of new hardware and software. It all starts from the looks, and boy does it look mean! The projector headlamps and the sleek DRL’s add muscle and character to the motorcycle. The tail too is revised and features new LED lights. The MT-09 has this part naked – part supermoto like stance, which may look perplexing but comes in handy when attacking a set of twisties.

The new bike has a revised engine that is capped to 847 cc. This sweet sounding inline 3 cylinder motor puts out 115 PS horses and 87.5 Nm of torque. The new iteration gains 5 kgs of kerb weight over the previous model and is priced at a heady sum of INR 10,88,122 lacs. 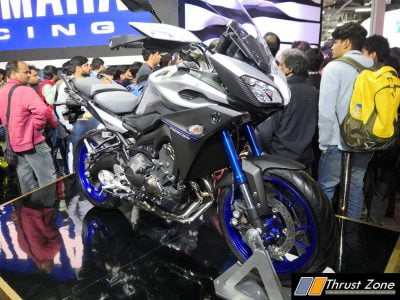 Next in the line was the MT-09 Tracer. How bad I wish the MT-09 Tracer somehow found its way to the Indian shores. The motorcycle is tailor-made for India. Tall suspension, comfortable rider’s triangle, a refined inline 3 cylinder engine, taut and agile chassis and basic touring accessories, come on isn’t that we all want?

The Tracer is the sports-touring sibling of the VFM MT-09. The engine is unchanged from the MT and shares the exact same numbers. To put the “touring” to the “sports” the bike sports (no pun intended) a semi-fairing with a windscreen to save you from the windblast. Angular twin headlights along with a revised rear complete the looks part.

A different swingarm, integrated side case mounts, rear rack and handguards come as default and the bike also has main stand fitted as standard. Yamaha’s plans of launching the Tracer in India look dim, but we still are keeping our finger crossed. 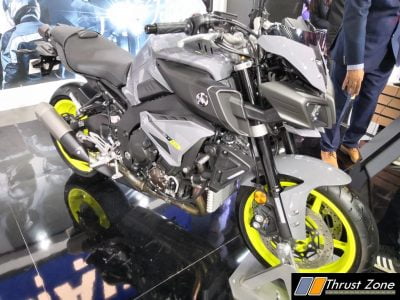 MT-10
The MT-10 is Yamaha’s big bad boy in the super naked segment. The bike is a rival to Suzuki’s GSX-S1000, Kawasaki’s Z1000, Honda’s CB1000 R and some of its European siblings. Yamaha completely revised the MT in 2017 and overhauled the looks and the mechanicals. The R1 based naked looks alien-ish with its twin projector headlamp and tout proportions. 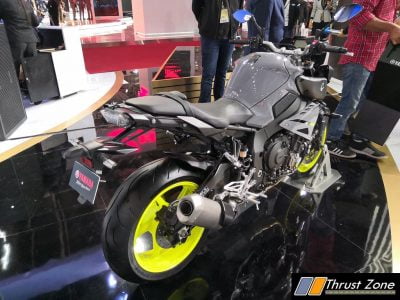 This motorcycle has a TFT dash with advanced electronics and rider aids. Impressive for sure, the MT’s engine is a detuned version of the one used in the R1 superbike. A power output of 160.4 PS and a torque of 111 Nm means this spaceship on two wheels can go real fast. Yamaha is tight lipped about the launch of this naked in India, however if launched this will be a sales garner for Yamaha.

YZF-R6
A sign that it could launch in India is all what every enthusiast has been waiting for. Triumph bought the Daytona and today R6 is showing signs to come. The R6 was heavily revised with knowledge from the R1 that was launched subsequently. Powering the R6 is the same 600cc engine which is a four-cylinder, liquid cooled unit known for strospheric rev limit of 14000 RPM. The motor makes 116 Ps of power and 61 Nm of torque. Motorcycles weighs 190 kgs and has dual disc at the front with USD forks attached.

Slipper Clutch In A KTM 390, (Duke and RC) – Installation Showcased on Video