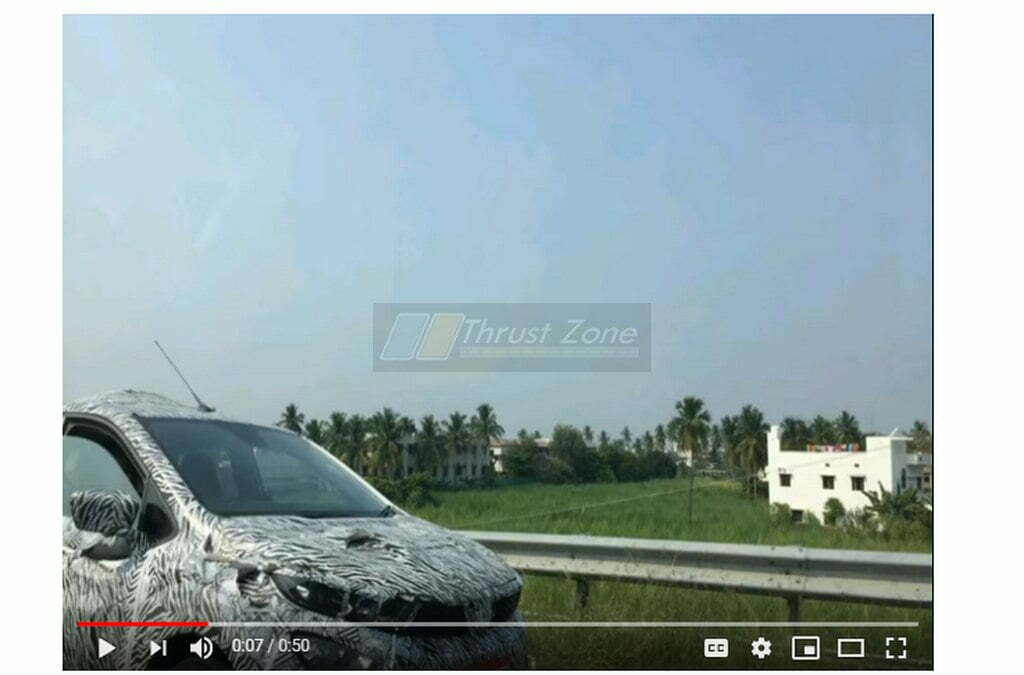 Tata Hornbill Mini SUV has been spied for the first time. Will this be another segment best benchmark?

The Micro-SUV segment is gaining traction among the customers and companies are readying their plans to leverage it. Maruti-Suzuki and Datsun have started their work on Micro-SUVs though it is Tata’s Micro-SUV, the Hornbill which has been spied testing recently in Tamil Nadu. New Hornbill will be underpinned by Advanced Modular Platform architecture (Alpha ARC), the same platform on which the company’s upcoming 45X premium hatchback is based on. This explains the similarity in the design of 45X sand Hornbill though latter will feature smaller dimensions.

Tata Hornbill will compliant with the upcoming Bharat New Vehicle Safety Assessment Program (BHARAT NCAP). The Micro-SUV will be based on impact design 2.0 philosophy and sit below the Nexon SUV in the Tata’s model lineup. As revealed in the spied video, Hornbill’s design is muscular and the design elements like raked roofline, generous ground clearance, etc. helps to make the model stand out from its hatchback sibling. We expect the production-spec Hornbill model to feature a square-ish design theme with lot of butch and rugged design elements, just like the Nexon SUV.

There is no official information about the engine specifications yet; however, Tata Hornbill could get 1.2-litre, 3-cylinder, naturally aspirated petrol motor with micro-hybrid Technology in order to meet stringent BS-VI emission norms. The output could be in the range of 85PS and 115Nm. The transmission choices will include a 5-speed manual and a 5-speed automated manual transmission (AMT).

UM Chill Scooter Is A Vespa Rival – Are You Ready For Affordable Nostalgia?