Tested Around The World, The Tata Harrier Is Now Ready For Launch – Production Begins 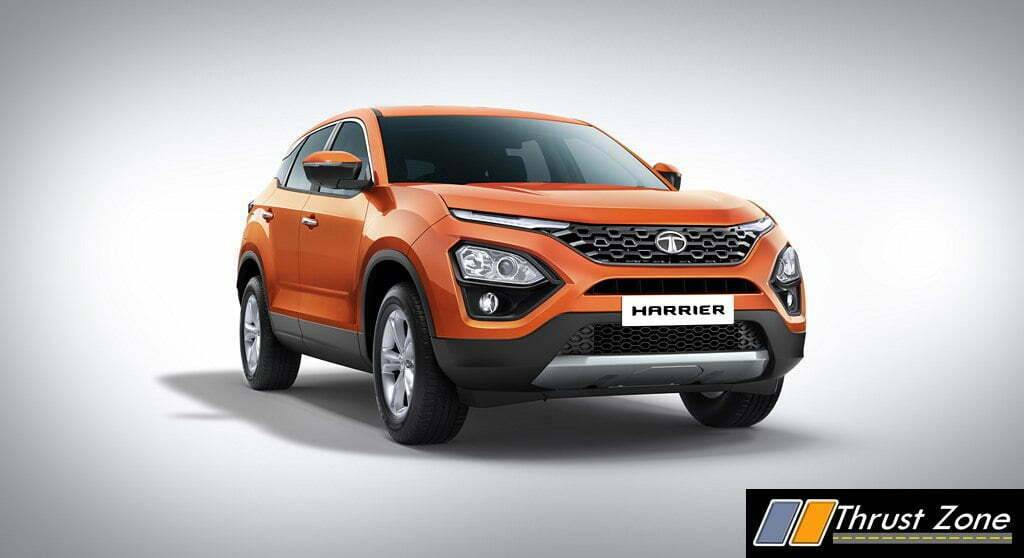 Tata Harrier Is Now Ready For Launch as production begins on a brand new assembly line. The SUV looks fantastic and will take on Jeep Compass and Hyundai Tucson

Tata has scheduled to launch its most awaited SUV- The Harrier somewhere around the start of January 2019. The Indian Automotive manufacturer has also ready commenced with the bookings for the same. Tata will first unveil the Harrier during the first week of December 2018.

Tata Motors had debuted the concept of the Harrier SUV at the recently held 2018 Auto Expo in Delhi. Since then, Tata Motors has been regularly been working on this SUV and have
officially dropped in many teaser videos on their official website. Here in these videos we can see that the heavily camouflaged test mule of the Harrier conducting test runs in different terrains all over India.

The teasers included the test runs happening in deserts regions of Jaisalmer, high mountainous regions of Ladakh and at Natrax test track, which is Asia’s largest testing facility that is specialised in Vehicle Dynamics. In addition to this, the upcoming Tata Harrier was also spotted at the Kari Motor Speedway at Coimbatore undergoing handling tests. 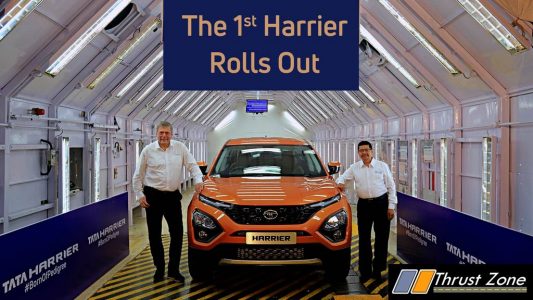 Powering the Tata Harrier will be 2.0-litre KYROTEC diesel motor which will be available in two states of tune. As the Harrier will be available in two seating layouts, the five-seater version will get the 140 horsepower mill. On the other hand, the seven-seater model will be powered with the 170 horsepower version of the same engine. This 2.0-litre diesel mill will be coupled with a six-speed manual gearbox as standard and it will also get an optional six-speed automatic transmission for customers to choose from.

Tata will first launch the five-seater model of the Harrier and after some time will get in the seven-seater model. The customers who have already booked this SUV have already started to receive regular updates. Once launched it is expected that the deliveries of this SUV will commence from the second half of January 2019. 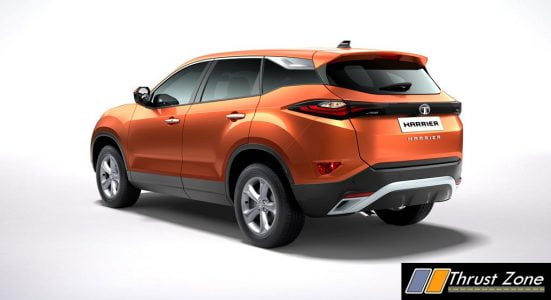 Tata Motors today officially announced the roll out of the 1st Harrier from its all-new manufacturing line. With this, Tata Motors is now gearing up for the launch of its much awaited SUV in early 2019. Tata Harrier needed a completely new approach to product development and manufacturing processes. The completely new world-class assembly line has been built in a record time of 6 months with the best manufacturing practices adopted from Jaguar Land Rover. It boasts of 90% automation levels with over 100+ KUKA and ABB robots.

Harrier is the first vehicle to sport the IMPACT Design 2.0 philosophy. The 5 seater monocoque SUV is engineered on the new generation ‘Optimal Modular Efficient Global Advanced’ Architecture, which is derived from the Land Rover D8 architecture and developed in collaboration with Jaguar Land Rover.