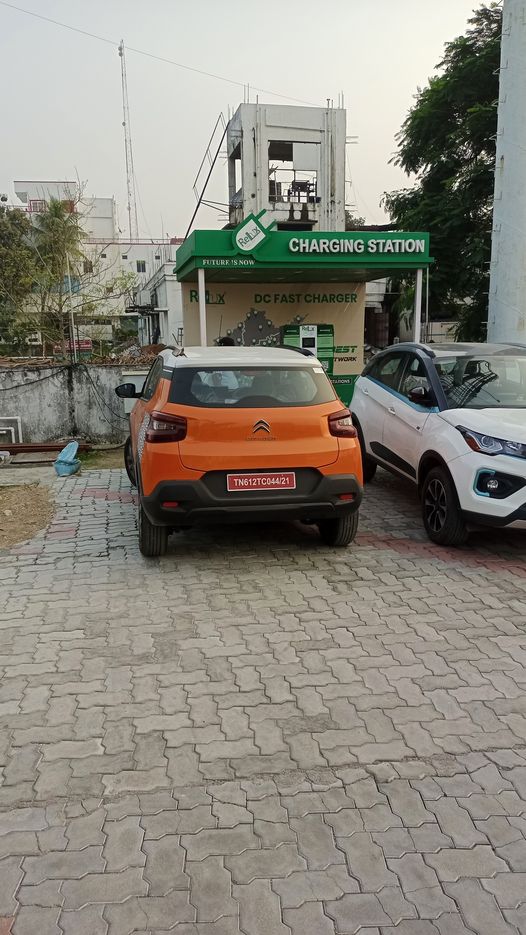 Citroen India introduced its first mass-market offering earlier this year with the C3 hatchback. The SUV-inspired design coupled with a powerful turbocharged petrol engine brought in positive reviews for the offering. But the brand’s next vehicle for India is the electric equivalent of the C3. Dubbed the Citroen eC3, the electric hatchback will make its debut at the 2023 Auto Expo, and ahead of the same, the model was spotted testing in Chennai, Tamil Nadu.

The Citroen eC3 will be a mass-market electric offering and rival the Tata Tiago EV in the segment. The model will also compete with the upcoming MG Air EV which is slated to be another affordable EV set to arrive at the expo. The eC3 was spotted wearing minimal camouflage and doesn’t look very different from the petrol-powered version. Expect to see some highlights around the electric aspect but the model will by and large remain the same as the standard C3.

Official specifications on the Citroen eC3 are yet to be revealed but the model is expected to arrive with a 30.2 kWh battery pack. Power will come from a single PMS electric motor that will churn out around 63 kW (87PS) and 143Nm of peak torque. The Tiago EV gets more humble figures in comparison with 75PS (55 kW) and 114 Nm of peak torque on offer. It also gets two battery packs – 19.2 kWh and 24 kWh. The eC3 is also expected to get LFP cells for the battery pack instead of NMC, with the former said to be more stable and a safer bet. The range is likely going to be around the 300-350 km mark on a single charge.

The eC3 is expected to carry over most features from the standard version, which will help keep costs in check. We do expect to see a few more EV-specific features onboard that will set it apart from its petrol sibling. Expect to see the same 10.2-inch touchscreen infotainment system with wireless Apple CarPlay and Android Auto, connected car tech, keyless entry, voice command, ABS with EBD, and more.

The Tata Tiago EV starts from Rs. 8.49 lakh (ex-showroom) onwards but we don’t think the eC3 will be attempting to undercut the Tiago EV in any way. Instead, Citroen’s first electric car from India could see a price tag slightly above Rs. 10 lakh, going up to Rs. 15 lakh for the top-spec version. The brand could bring variants based on performance and even range on the model. More details on the eC3 will be available next month.