When Kawasaki launched the all-new Ninja 400, we were pretty sure that its naked cousin is on the way. It is very typical of this brand to launch an upright and more comfortable variant of its faired bikes. Kawasaki proudly labels this naked range of bikes with the suffix ‘Z’.

In India, we’ve had the Z250, the Z650 and the Z1000, bikes which were stripped down of their faired siblings. So now it’s the Ninja 400’s turn to put off its clothes! Well almost. Interestingly the ‘Z’ range of bikes isn’t just about the cosmetic overhaul. With the stripped down fairing, Kawasaki also makes the engine more suited for the streetfighter style. And along with that a few more tweaks so that the final product lives up to the “naked” name tag.

After the launch of the Ninja 400, there were rumours of its naked variant to soon come into existence. Well the rumours can now be confirmed as we’ve got our hands on some filings which suggest that the naked variant of the 400 is due for its public debut. Kawasaki has filed emission documents for the Ninja 400 and the ‘ER400DK’ with the California Air Resources Board (CARB). If you remember Kawasaki uses the ‘ER’ suffix for its naked range of motorcycles. For instance, the older generation of the Z650 was launched under the name – ER6N. So now it is a no-brainer that Kawasaki will be putting up a strong fight in the premium entry-level naked bike segment. 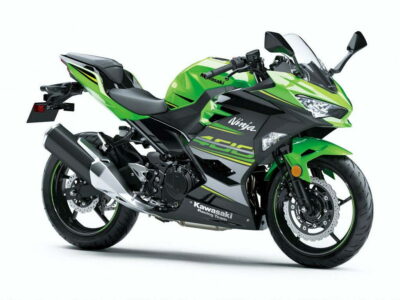 Fortunately, we don’t have to wait long to see Kawasaki’s new streetfighter incarnation. The new Z400 (which it is most likely to be called) could show up at the EICMA 2018. It will be too early to say anything about its India launch, but we can hope to see the new motorcycle sometime in 2019. Kawasaki’s entry-level products are rather pricey and the same could be the case with the Z400. No-so-surprisingly it will be cheaper than its faired sibling and we can expect an ex-showroom price tag of around INR 4 lacs. It will be interesting to see this new naked go up against its established rivals like the KTM Duke 390 and the Benelli 300.

Audi PB18 E-tron is Simply Out Of This World!