Will Honda Valkyrie/ Rebel 150 and Yamaha Enticer 150 Come to Challenge the Suzuki Intruder ?

Suzuki Intruder 150 and Bajaj Avenger are fighting head on. Do you think Honda and Yamaha should revive their plans and legacy of older and bigger motorcycles to this level?

The Suzuki Intruder 150 was a surprise addition to the entry-level cruiser segment. Suzuki advocated the same design language as the one found on the M1800. However, it was met with a mixed response. The design was a bit too fancy, but still, without a doubt, the Intruder was quick to challenge the existing cruisers like the Avenger 150.

Bajaj India recently put off the 150 and launched an updated and upsized 180cc variant of the Avenger. This new avatar is quite a contender. Unlike the Avenger the Intruder shares its motor with its naked sibling, the Gixxer 155. The 155cc engine was impressive with its linear spread of power and good efficiency. In a segment where the question “Kitna deti hai?” prevails, it makes sense for Suzuki to equip the Intruder with this engine. 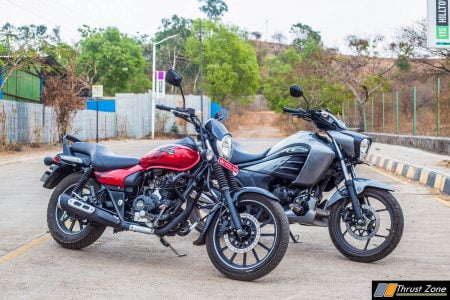 But the real question is – should brands like Yamaha and Honda join the party as well? You see, styling is one main thing and it’s no surprise to see the new Suzuki gather so many sales, just due to the appeal. The recipe is simple, launch downsized versions of their flagship counterparts with identical styling, something which Aprilia did at the recent Auto Expo.

Honda’s top drawer power cruiser is the Valkyrie which is very famous in the international markets. If a downscaled version of it is launched in India, say with the same engine as that of the Unicorn 160, its no surprise that because of its popularity, Honda will produce a chart topper. Cruisers like these are great commuters and are easy on the wallet, which is why they have so much appeal. 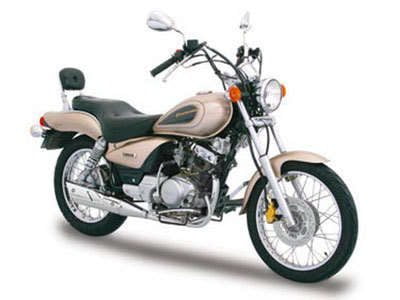 Yamaha on the other hand, has an opportunity to revive their old classic, the Enticer. Back then the Enticer was a 125cc commuter-cruiser, very popular due to its styling. We bet that there are enthusiasts who want the Enticer to be back. Yamaha right now has an impressive 150cc mill which propels many of their models. If launched, the Enticer 150 will lock horns with the premium Intruder 150.

What do you think? Should the two brands join the ever-expanding 150cc segment? Should they challenge the best selling Bajaj, the Avenger series? We will know one day.

[VIDEO] Honda Activa Seat Modification With Hydraulic Struts Is The Need Of The Day!