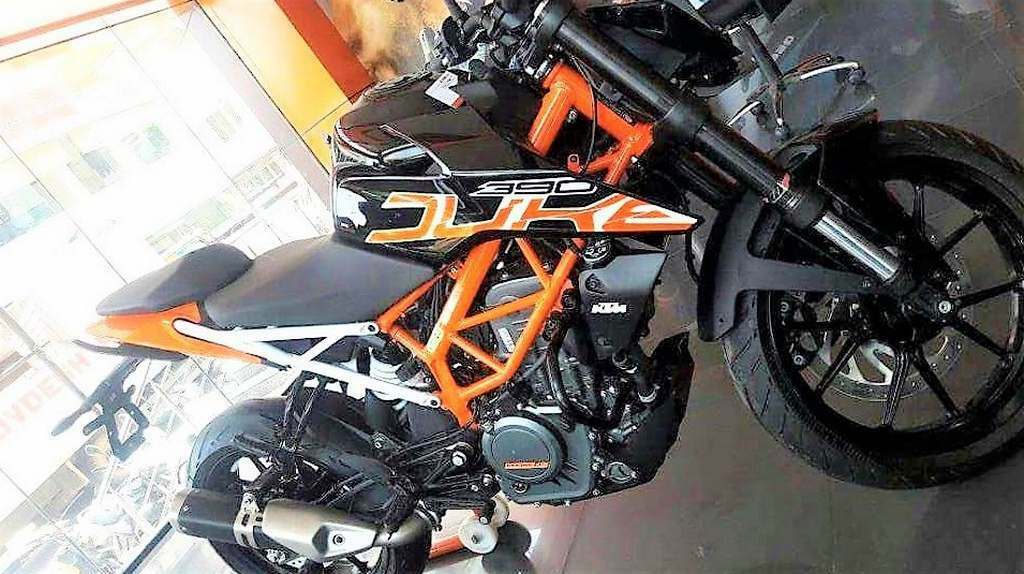 Despite Bajaj Dominar, the KTM Duke’s continue to be the spotlight in the country. Dominar which comes with everything at a stellar price tag than the Duke 390, it continues to sell more. However, the Dominar is a runaway success in all export markets of Bajaj. The demands seems not to be stopping for the same and we have seen various countries getting the same. Reports say that the bike is doing really well even initially and shows enough interest that Bajaj is ready to spawn more Dominars. However, KTM Duke 390 has been spotted with a change which should make it increase its appeal even more. 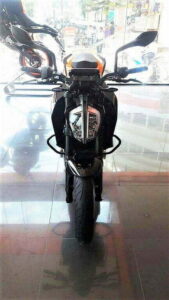 The bike was mistakenly shipped early with a white color scheme which was meant for exports only. However, it became a limited editions and owners are seen daily posting their pride. However, Bajaj has now responded, a bit late, that is, ahead of the festival season to give its customers something new. Not so clear pictures suggest that there is KTM Duke 390 Black Color Model spotted in some dealership of the country. Something that looks legitimate and not a dealer ‘thing’. Stickers and paint scheme seems spot on. We don’t expect any price increase for this specific color though and everything in terms of specs and feature to remain the same. 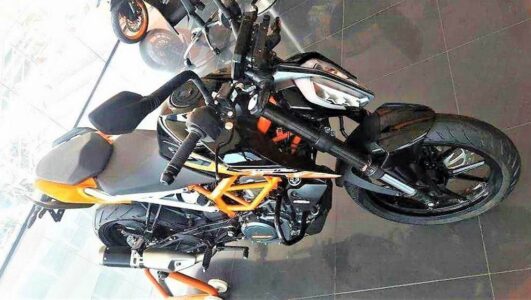 Honda Neo Sports Cafe Racer Concept Revealed at the 2017 Tokyo Motor Show – What Could It Become?