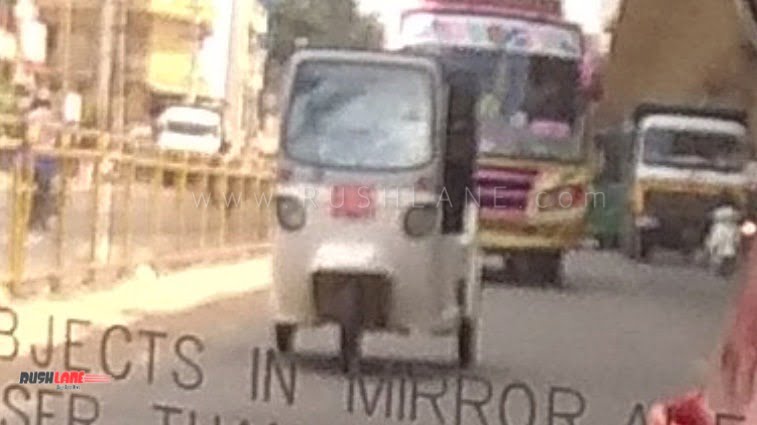 Mahindra has been spotted testing its second electric auto rickshaw offering for the Indian market. The company already has e-Alfa Mini in its stable and now the second product under development has been caught testing, giving away many crucial details about the product. The test mule hints at altogether different construction and bodywork than the currently selling Alfa.

The prototype has adopted a regular 3-seat configuration compared to the 4-seat arrangement of Alfa. In the latter, two rows of seats are placed facing each other which enable the auto to seat four occupants. The new model under testing, however, has got a standard 3-seat layout. Further, the new one under testing also seems to be riding on fatter rear tires for ensuring extra grip and stability. 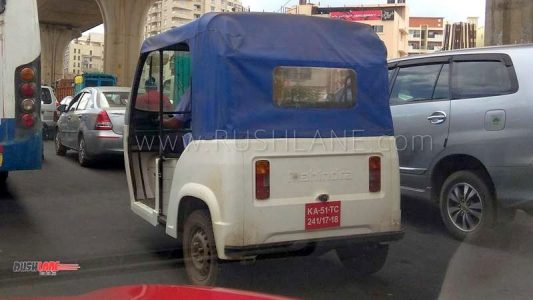 The spy shots also suggest that the battery pack has been placed above the rear axle in the new model whereas in the existing e-Alfa Mini the placement is done underneath the middle seat. The specification of the battery and information about the net output is not known as of now though it is understood that the new model will be more powerful than the existing one. Just so you know, the existing e-Alfa Mini gets powered by a 1kW electric motor producing 3.2Nm of rotational force. The 120Ah battery pack generates the electricity which is good enough to propel the auto rickshaw to a top-speed of 25kmph.