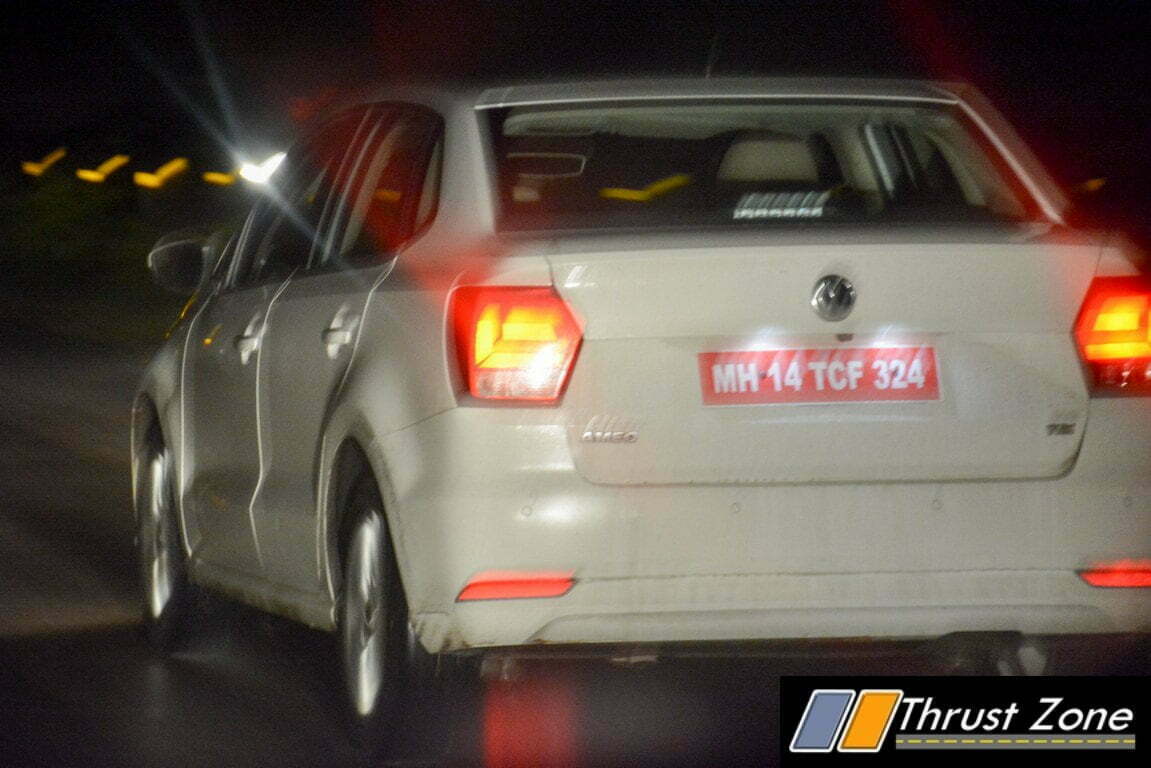 Volkswagen Ameo Diesel Spied in Night doing just a shade under 200 Km/hr, we managed to snap the convoy of cars in traffic

Volkswagen efforts with the Ameo continue to be stronger than ever before. The compact sedan despite being launched already is still in the limelight. The diesel version of the Ameo hasn’t been launched yet and that should happen around the month of October. However, the testing for the diesel engine continues before launch.

The Ameo Diesel may have the same old 1.5 diesel unit, but this time they are tuned to deliver more. Rumors suggest that it is set to get 110 PS of power and 250 Nm of torque. The GT version of the Polo and the normal Vento still have 105 PS as of today. The new engine is set to get new turbocharger and revised timing and a new ECU to make sure it delivers high on performance and will deliver similar mileage as well. Ameo will be offered with the superb 7-speed DSG gearbox and a manual 6-speed gearbox as well.

We saw these Ameo diesel around midnight zooming rather quickly and doing upwards of 140 km/hr. Once the Convoy of Ameo diesel cars got stuck in traffic we managed to snap them. The roads cleared again and the convoy managed to completely disappear out of sight. The badge on the boot and test plates confirm that this is a diesel Ameo. The Ameo Diesel was first spotted testing by us as we told you in an exclusive story in the past.

Read this too: Ameo Diesel Spied testing for the first time

Read this too: Petrol delivers start for the Ameo

Read this too: Complete details of the Ameo, Here!

Ameo Diesel Spied will boast of highest power to weight ratio in this segment and dethrone the Ford Aspire as that is the only compact sedan makes 100 BHP of power in diesel disguise. The only thing remaining with the Ameo diesel to look forward to are a set of numbers. Exact power and torque figures along with the pricing they begin at. Stay tuned as we bring you more on the same.