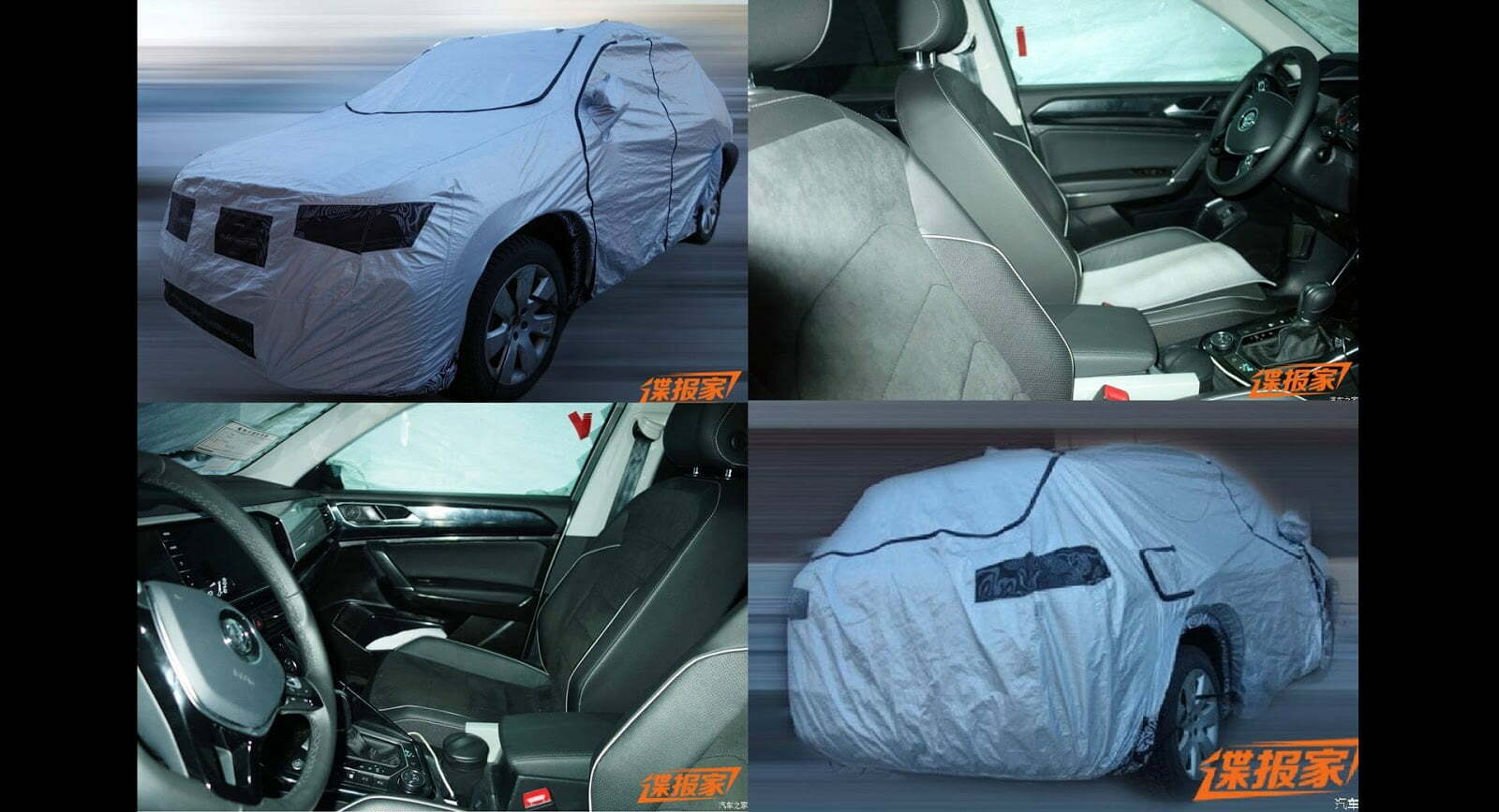 Volkswagen Brezza Rival Purportedly Spied as this is no the T-ROC which is supposed to rival the Hyundai Creta.

What we think is that Volkswagen is finally understanding the Indian market. We think its the other way around. The Indian audience isn’t getting the idea how a mature auto manufacturer works. It should be other way around here as well, but let’s face it, everything has to happen and you need two hands to clap. Volkswagen is finally hinting all the media and its customers that it is going to big on SUV.

Something which all its rival are considering as well. Some of them are ready to buy from showroom while others are also on the same pace. This includes Hyundai, Ford, Mahindra and Tata. All have bought a Maruti Brezza rival and it looks like it is creating a Brezza rival far away from here and should bring it India. Let’s look at the details which have come way to early than expected

Sub four meter for sure and a design which has a large bonnet, ground clearance of 200mm and chunky bumper is almost visible in this image. A tall side profile with large wheels can also be seen here. 16-inch wheels are the norm now in this category, which is easily seen here.

Monocoque chassis is the highlight and ladder on frame days are over, even for domestic manufacturers. Disc brakes at the front and drum brakes at the rear should be seen will help manufacturer keep cost in check while providing enough braking power as seen in most sub-four meter cars of VW. Standard suspension setting and components should be used.

Interior is already very close to the 2018 VW Polo which was just showcased. So we assume this is the Brezza rival. The interior is all black, launch-ready with production steering and other panels that can be seen around this car. Large touchscreen, all the infotainment and gadgets along with connectivity options will be on offer. Android Auto and Apple Car Play should be mandatory affair by 2020. 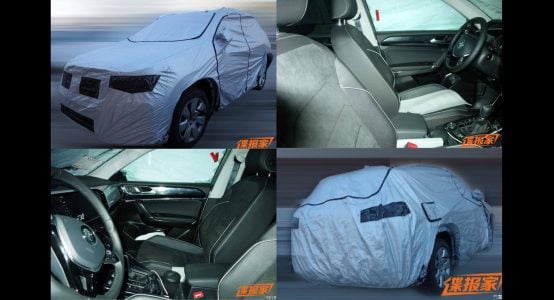 The engines should be the same as they are in sub four-meter cars. 1.5 diesel making 115 BHP of power and 230 Nm of torque. This engine will be BSVI and mated to two transmission. Rumors suggest that this engine won’t see the daylight from 2020, but let’s assume for now because VW cannot sell an SUV in India without diesel. Petrol engines that we can expect from this are the same as current too. 1.2 TSi and 1.0 l turbo can make it with automatic and manual transmission respectively. One of them can be a hybrid as well.

It should have four airbags, ABs and EBD along with traction control on offer when it comes in 2019 or 2020.