Datsun Sells One Lakh Units In India- RediGo Contributes the Most 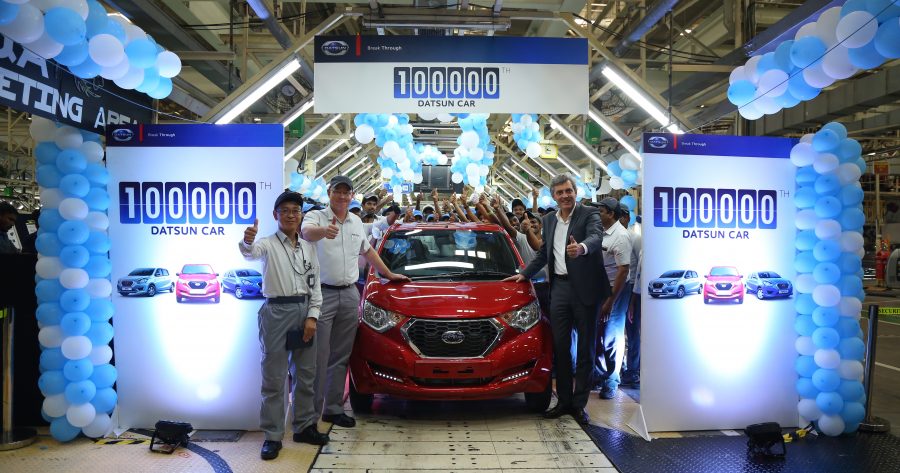 Datsun India celebrated the production milestone of its 100,000th car as a redi-GO 1.0L was rolled out of its manufacturing facility in Chennai. Over the last 3 years, the customer response to Datsun portfolio which includes the GO, GO+ and redi-GO has been quite high. Datsun today accounts for more than half of the total sales of Nissan Motor in India and continues to steady growth.

The Datsun redi-GO showcases a Japanese design philosophy called YUKAN – which stands for brave and bold. It features ‘Tall-Boy’ styling and offers best-in-class ground clearance of 185 mm, extra roominess and excellent external visibility for the driver. Continuing with the commitment to provide confidence behind the wheel, Datsun redi-GO comes with safety package –Datsun PRO-SAFE7. 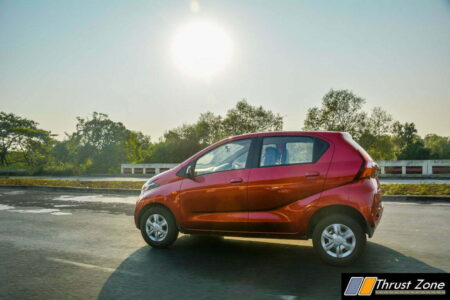 Since the launch of the Datsun redi-GO in June 2016, Datsun India has offered three refreshed variants for its customers- the redi-GO SPORT in September 2016, the redi-GO 1.0L in July 2017 and the recently launched redi-GO 1.0L GOLD in October 2017 has received good response. Datsun redi-GO customers can also avail of the “Datsun CARE” comprehensive service package. Datsun CARE is an industry-leading all-inclusive car service package that offers peace of mind to customers.

Datsun continues to offer the Redigo with 800cc engine along with 1000cc engine that was launched recently in India. Datsun continues to bank high on exports and is competiting with the likes of Hyundai, Volkswagen and adding more to the Nissan kitty as well, as the parent brand was selling higher numbers, now these numbers are combined.

Read this too: Nissan Renault and Mitsubishi to take on Volkswagen

Read this too: Nissan has a TOYOTA Fortuner slayers called Navara!!

Read this too: Nissan Terrano gets a facelift

Read this too: Nissan Sunny details

Read this too: Nissan GTR launched