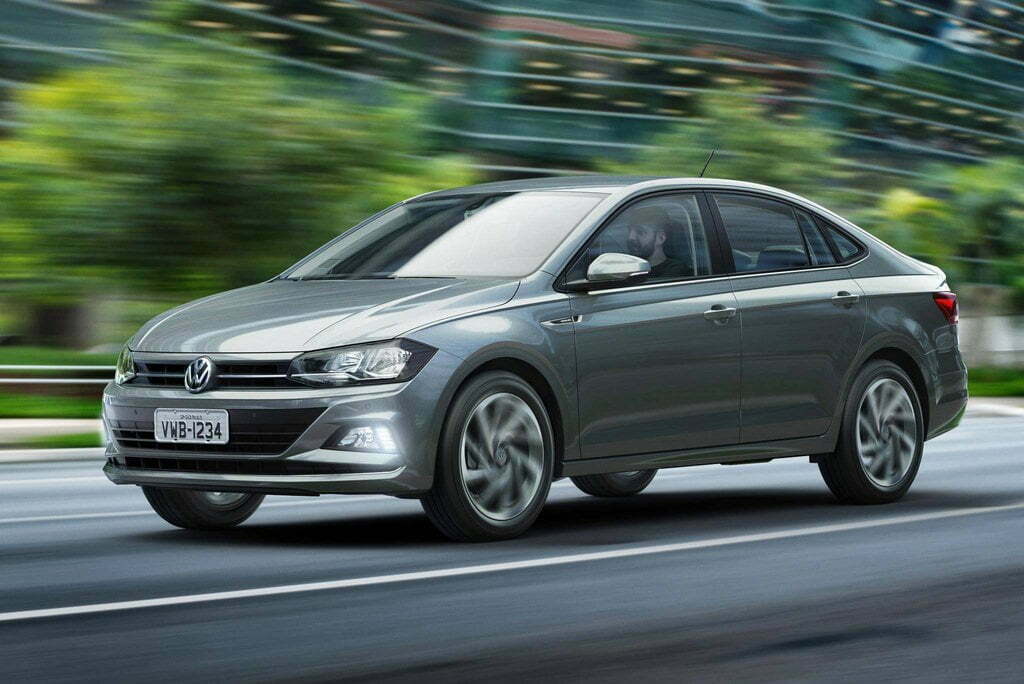 Volkswagen Virtus (Vento Replacement) Unveiled in South America and should be one of three products to be launched in India, in the year 2018

We expect Volkswagen to do it again, what it did in 2017. In 2018 we expect three car launches from the brand. An all-new VW Polo along with the brand new Jetta and this, the Vento replacement, which is now known as the Virtus. The car has come out of after years of testing and does look very radical and a departure from the timeless design that the current car. The new car is far more expressive and has a seriously impressive looking interior. Let’s dig into details as we have some from the launch in Brazil that just has happened.

The car in these pictures look very mini Passat like and should inspire a lot of people to buy this car because of the design which does look rather stunning. With sharp lines, a very refreshed C-Pillar and tail-lamps inspired from the Flagship saloon does look really good. A Sharp front-end with a large grille makes this car from a segment above. Expect dimensions to be around 4400mm in length just like its rivals.

The interior will be high quality as per VW standard seen in the present car. We expect Apple Car Play, Andriod Auto, connectivity options, fully electric ORVM, climate control, electric IRVM, reach and rake for steering, steering mounted controls and much more will be seen along with the touch screen unit.

Expect pricing to start from 8.0 Lakhs onwards and will reach 12-13 Lakhs and will launch by 2018 Diwali.

We should expect the same engine and transmission as seen before. The 1.5 diesel that will make 110 PS or even more on offer. Engines will come mated to a 6-speed manual gearbox and a 7-speed DSG automatic gearbox. The petrol will be the 1.2 TSi mated to a 7-speed DSG gearbox. We expect a 1.0 litre TSi this time with an manual gearbox to power the Virtus and will produce around 90 PS of power and come mated to a 5-speed gearbox. Something that will replace the 1.2 Mpi motor. This petrol motor will be a 3-cylinder turbocharged unit. 1.2 Tsi and 1.5 Tsi will have 4-cylinder engines as the present car.

ABS and EBD along with dual airbags will be standard. Vw can offer 6 airbags in the top variant.