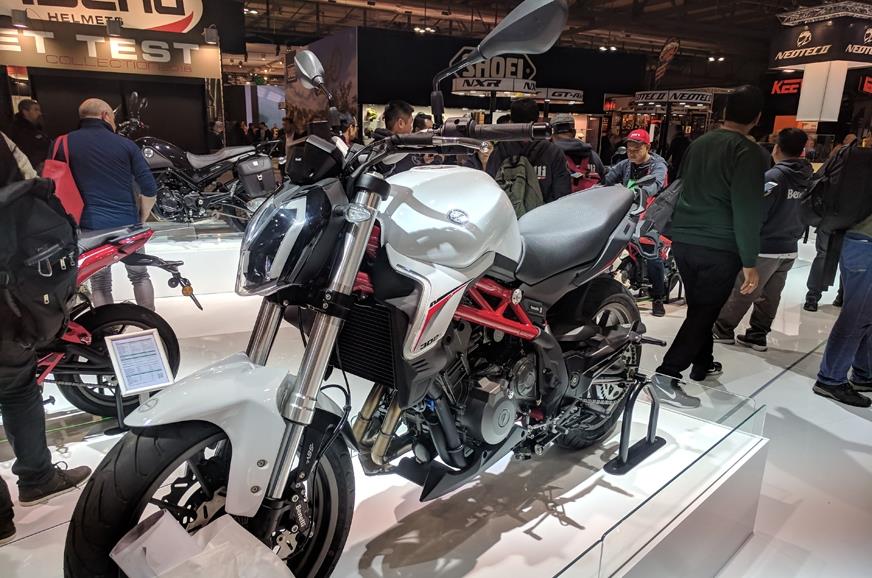 If you are a frequent visitor on our website, you would probably be well acknowledged with the fact that Benelli Motorcycles Indian is re-emerging. With the backing of the Mahavir Group, Benelli has started out its India operations once more. The brand will set up its new manufacturing centre in Medichal, Hyderabad and will initiate the first phase of operation from October 2018.

Seeing just how much the premium entry level 300cc sportbike segment has evolved, Benelli wants to join the party too. They had a weapon before, but for 2019, they’re coming back with a bit more artillery. Yes we’re talking baout none other than the Benelli TNT 300, a bike that was famous for its glorious sounding parallel twin cylinder engine. Benelli is rolling out an upgrade for the baby TNT. It will be called the Benelli 302S. Not so surprisingly Benelli will be offering it as a CKD unit, to keep the costs low.

The new 302S was showcased in EICMA 2017. Looking at its pictures, the first thing you notice is its new full-LED headlight. This new cluster looks a lot like the new Duke 390 and well we do like it. Also pretty similar to the Duke is its instrument console which now is a fully digital unit.

The rest of the bike is more or less the same. In fact there is very little to talk about in terms of specs as the engine on this one is the exact same unit as that of the 300. The mechanical components like the brakes and the 41mm USD front forks and an adjustable monoshock at the rear also stay the same. This version however will sport an ABS system unlike the TNT which missed out on ABS.

Right now its too early to talk about pricing, but since most of its parts will be localised and shared, expect this new model to come at a price tag that is easy to swallow. If the Gods permit, this bike could be priced under INR 3 lacs ex-showroom to give a tough fight to its rivals.