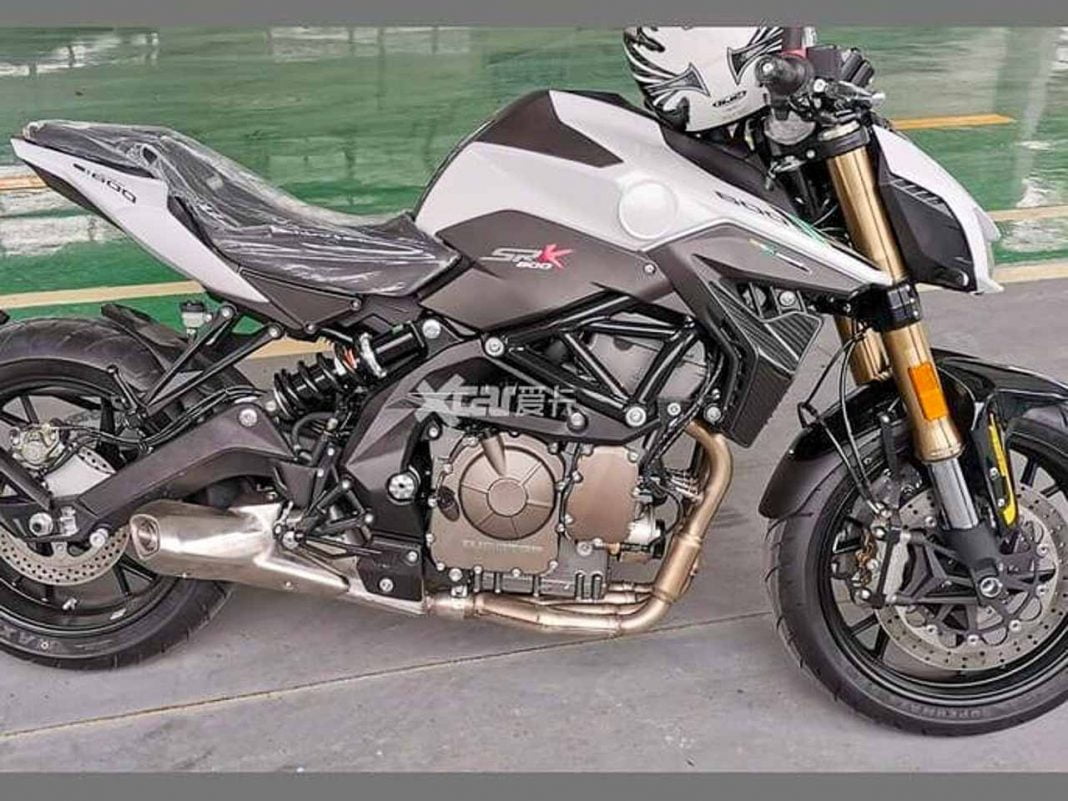 Italian bike maker Benelli is finally readying its middleweight successor to the TNT600 and the model could be called the SRK600 or the SR600K, which was recently spied. The leaked images come from what appears to be a factory floor and reveals the new Benelli SRK600 completely in the production-spec guise. This also suggests that the new offering is closer to its global debut than we earlier thought given the Coronavirus pandemic and an official announcement is just weeks away. The new SRK600, as the badging goes, is also likely to make its way to India in the future, replacing the aged TNT600 in the segment.

Other bits that we do know is that the new Benelli SRK600 will get LED lighting including the headlamp, indicators and the taillight. There will be daytime running lights too, while a fuel tank mounted console hints at keyless ignition as one of the fancier tech on the street-naked motorcycle.

The leaked images of the Benelli SRK600 reveal a great deal about the new Benelli SRK600 including its trellis frame. The design language is sharper than that on the TNT and there’s a nice touch of angular lines across the fuel tank and the tail section. The single headlamp too dresses sharp and is reminiscent of the Kawasaki Z800’s twin headlamp unit. We also notice the split seats while the side-mounted rear shock absorber on the motorcycle. The instrument console is expected to be a fancy TFT screen, keeping up with the times. 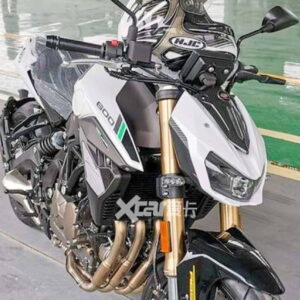 In terms of hardware, the TNT600 replacement is likely to get a heavily updated 599 cc in-line four-cylinder, engine that will meet the Euro5/BS6 emission regulations, while also receiving a bump in power and torque figures. The outgoing Benelli TNT 600 makes 86.24PS and 54.6Nm of peak torque. The 6-speed gearbox is likely to see improvements as well. For other cycle parts, reports suggest Matsuchi-sourced USD forks at the front with adjustability. Braking performance will come from Brembo with M4 monobloccalipers. Dual-channel ABS is a given, but it will be interesting to see if Benelli also adds IMU to the ensemble. 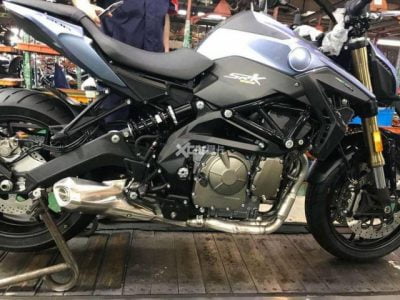 The Benelli SRK600 is definitely ready and we can’t wait to see it on open roads. The bike will lock horns against the Kawasaki Z900, Suzuki GSX-S750, Triumph Street Triple, Ducati Monster 797 and the likes in the segment. The SRK600 or the SR600K is expected to be on sale globally by the end of 2020. Meanwhile, the India launch can be expected sometime next year.