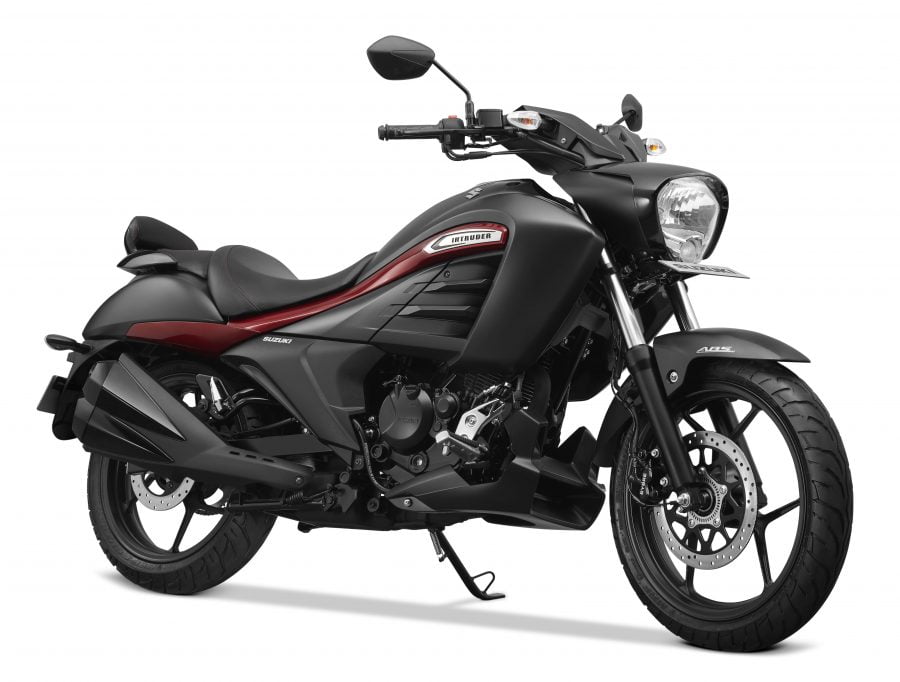 Suzuki Motorcycle India has rolled out the ‘Special Edition’ of the INTRUDER and INTRUDER FI ahead of the festive season. The INTRUDER SP and INTRUDER FI SP editions are offered in Matte Black colour along with Candy Sanoma Red accent enhancing the sportiness of this cruiser with a standard pillion backrest fitment. The SP variants will come equipped with Anti- Lock Brake System (ABS) and the Fuel Injection. The engine will be the same which makes 14 BHP of power and 14 Nm of torque from a 2-valve, air-cooled SEP Engine.

Since, its launch in November 2017, the bike has received an overwhelming response says Suzuki. The INTRUDER gets features like a standard ABS, a fully-digital instrumentation, SEP engine with superior riding performance. In the looks department, it carries forward the lineage of the INTRUDER with flowing character lines, big-bike like shrouds, and a sharp twin exhaust that stands-out. 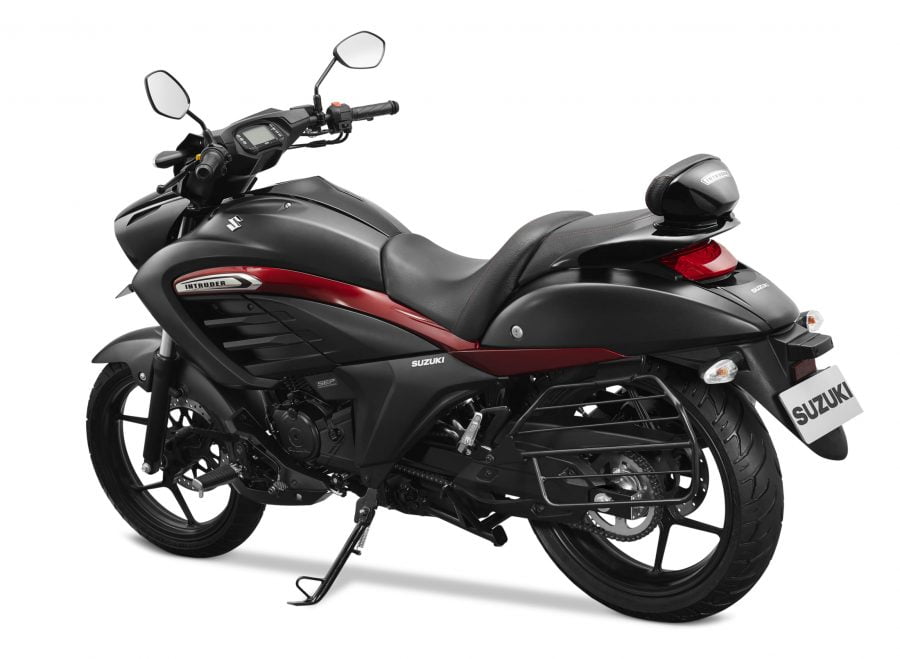 It is low and long styling, with a long wheelbase, and a low seat makes both your daily commute and the weekend ride. The special edition adds further to the style quotient of the bike. The new INTRUDER SP edition is available in Metallic Matte Black /Candy Sanoma Red priced at INR 100,500(ex-showroom, New Delhi); while INTRUDER Fi SP is priced at INR 107,300 (ex-showroom, New Delhi).

Read this too: Suzuki Intruder 150 vs Avenger 150 EXCLUSIVE Shootout Comparison

Read this too: Intruder Fuel Injected coming in late 2018

Read this too: Gixxer Special Edition on sale now!

Read this too: MODIFIED GIXXER IS A TRANSFORMER

Read this too: Gixxer Fi launched

Read this too: Dual Tone Gixxer spotted at dealerships

Read this too: R15 rival from Suzuki is here.. coming to India!

Read this too: Ninja 250 rival from Suzuki also unveiled