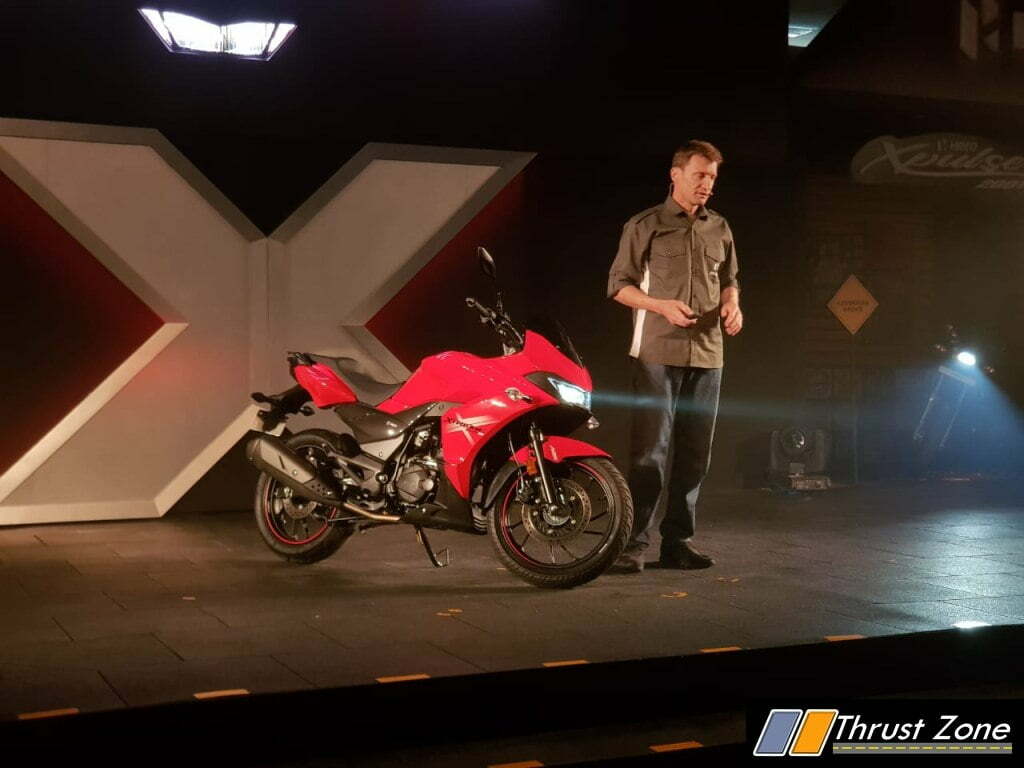 Hero Xtreme 200S was pre-production name of the Xtreme200R which is now the naked version of the bike. Faired version has been tuned to deliver different characteristics

Hero has gone all out in the 200 space with now four models in the lineup. The manufacturer started this last year with the Xtreme200R, a naked motorcycle. The Xpulse200 and Xpulse200T have been teased all along and they have been launched on the same day as the Hero Xtreme 200S.

The faired motorcycle with the same engine producing 18.4 PS of power and 17.1 Nm of torque from its air-cooled 2-valve carburetor engine equipped motor that is paired to an 5-speed gearbox. The motorcycle gets the same instrument cluster as the Xpulse200 twins do and gets Bluetooth connectivity. LED head and tail-lamps are on offer with the motorcycle.

Hero Xtreme 200S get 37 mm forks, monoshock suspension 100x80x17 section tyre at the front and 130x70x17 section tyre at the rear. The motorcycle weighs in at 149 kgs fully fuelled and the power to weight ratio is good enough. There was an expectation of higher output from the Hero Xtreme 200S such as fuel injection which would help make around 25 BHP and would compete against the Pulsar RS200, but that hasn’t happened yet. However, this bike is attractively priced at RS. 98,500.

Read this too: HERO Xtreme vs Apache 200 Specification comparison

Read this too: HERO Xtreme vs Apache 160 Real-Life Shootout